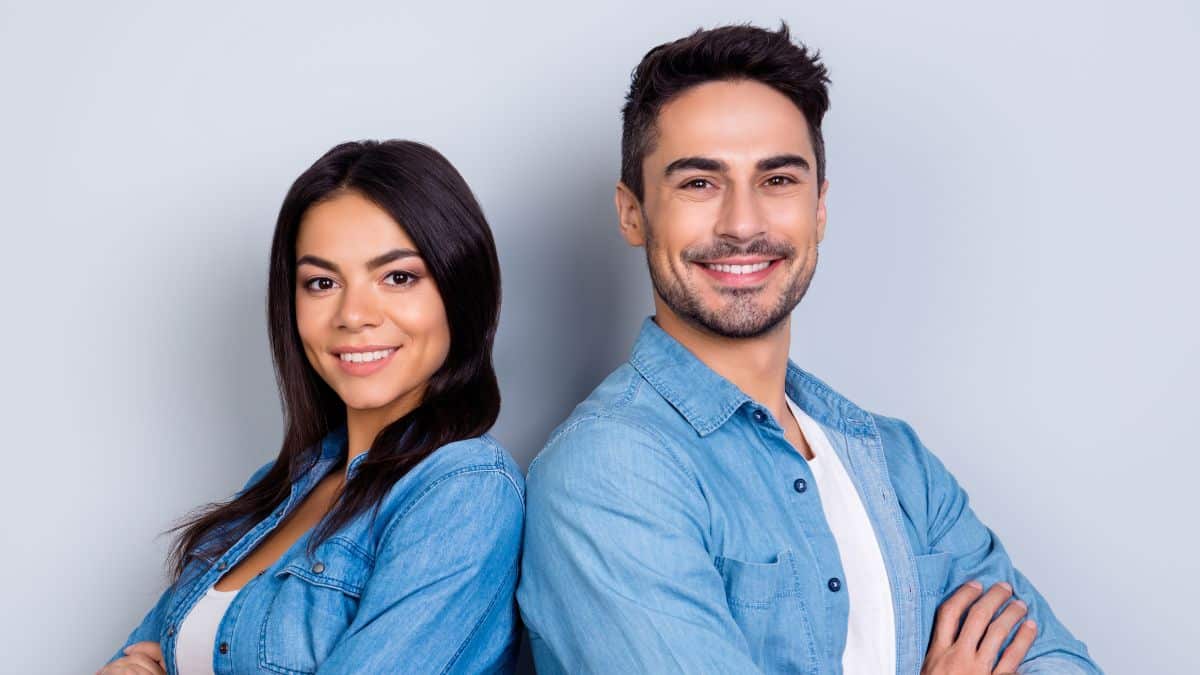 Reddit user fidgit86 recently asked: “It seems like a lot of people make a lot of money, and it seems like I'm missing out on something. So those of you that do, what's your occupation that pays so well?”

The results were gold. The thread went viral with almost 20,000 responses. Here are some of the most surprising jobs people had that made over $100,000 a year.

One user commented he made over $100,000 in his specific trade. “I fix broken air conditioners. But the ones for skyscrapers and hospitals.”

You're probably familiar with a typical heating, ventilation, and air conditioning (HVAC) tech, which services your unit at home. While that career can also make you over 100,000 dollars a year, specializing in commercial units that are hard to get to seems to be an excellent way to make even more.

Another Redditor commented, “I build and fix power lines and play with high voltage electricity.”

A lineman or lineworker is a specialized electrician working on high-voltage transmission lines. You've probably seen them on the side of the road repairing overhead lines or working on a power pole.

According to another lineman who chimed in, you can make $150,000-250,000 annually, especially if you're willing to work some overtime.

“I know a traveling nurse that made 150k last year,” added a user.

While nursing itself can be a lucrative career, traveling nurses can earn even more. If you are willing to accept short-term contracts and travel the country to where the demand is, you can get a significant raise and often free housing during your contract.

Another Redditor received much attention for his high-paying gig as a tow truck driver.

Another surprising entry was a user who runs a handmade jewelry business. “Most people would never suspect (might not even believe) the money I make doing this,” they commented.

Starting a business is one of the best ways to control your destiny – and your income – over the long term. Even a side hustle to make an extra $1,000 a month can be a great start.

One person said he made six figures as a union elevator mechanic. After receiving a ton of questions about how to get into the trade, he followed up:

“For everyone asking how to get into the trade, go visit NEIEP and see when there is a recruitment near you, CEIEP, for those in Canada.”

Any type of sales is an opportunity to break the six-figure mark in your career without much education required. One user who makes over $100,000 said that insurance sales got him there:

“Sales (in my case insurance), particularly if you don't have a college degree/coding knowledge. A willingness to be rejected a lot is a requirement though and it's a harder requirement than most people acknowledge.”

The average hourly wage for a directional drilling technician is $42, which equates to about $87,000 a year. However, with more experience or a willingness to work overtime, you can easily surpass $100k a year.

So what the heck is a horizontal directional driller? These specialized drilling operators drill in a non-vertical direction, generally in the oil and gas extraction industry.

Another Redditor mentioned that he owned a trucking agency that had made $320,000 this year, putting him on pace for almost half a million dollars annually.

Unlike long-haul truck driving (which can pay quite handsomely itself), a trucking or freight agency connects businesses that need goods transported and shipping carriers with one another and makes a commission on the sale.

READ MORE: 45 Proven Ways to Put an Extra $500 in Your Wallet Each Month

Looking for a blue-collar job that makes the big bucks? A millwright installs and maintains heavy industrial machinery and equipment. The average millwright makes around $63,000 a year, but the top earners in the field can make up to $122,000 a year.

A popular job that multiple Redditors brought up was construction estimating. In this job, you are responsible for pricing the scope of work of construction projects and determining the total cost.

As you can imagine, the larger the project, the more critical it is that the estimated cost is correct, which translates to higher pay. The average income for a cost estimator is $101,000 with the potential to earn much more with bonuses or years of experience.

Surprised you can make six figures as a UPS driver? One user who made $103,000 last year delivering boxes broke it down. He made $38 an hour and $57 for overtime.

While it did require some overtime to hit $100k, he wasn't working 70-80 hour weeks. Just 48 hours a week can get you in the six-figure range.

One user described his furniture repair business which makes him $125,000 a year.

He advised budding furniture entrepreneurs: “It took me about ten years to get to this point, but if you can get a background in antique restoration or custom woodworking, reaching out to warranty companies [can help you get started].”

While it's true that the median income of a teacher is well below $100,000, with the proper education, experience, and location, you can make six figures as an educator.

One Redditor commented with just two words “Teacher, NYC.” While the high cost of living offsets the salary somewhat, more than 1 in 12 teachers in and around New York City make six figures. And it's not unheard of in other parts of the country either.

Many users commented that their job as data analysts paid them $100,000 or more. According to LinkedIn, the average data analyst's salary is $90,000 and can range up to $125,000 based on experience and location.

If you like spreadsheets and analysis, a data analyst position may be a good fit. While financial analysts are a type of data analyst, the field is much broader and includes many different types of analysis, such as business, science, government, and medicine.

With rising college costs, there is a lot of interest in finding high-paying jobs that don't require a degree. One user noted they were able to make a six-figure income as a handyman with only a high school diploma.

“I started a handyman business at 24, started making around 100k after a couple years because you have to learn and get good – in hindsight YouTube and being intentional and being all in from the start could fast track that timeline,” he said.

Another Redditor commented on a guy that does window tinting for a living.

“I had a guy come tint my windows on my car the other day. He charged me $350 for the most premium ceramic tint. Dudes booked 3 weeks out at any given time.”

“Dude tints car windows by himself. Listens to music and works peacefully at his own pace. Charges way less than he can potentially charge. Still makes 250k a year.”

One user brought up another field most people would be surprised to learn makes six figures – the military.

He said, “[the] housing allowance combined with base pay adds up quick. Not much over 100k, but I can still say 6 figures.”

Multiple trades were represented in the thread, and plumbing was no exception. The average plumber can make a good living, but to take it above six figures, you need to put in overtime or own your own business where you can set your rates and schedules.

For example, if you're willing to hustle and respond to 24-hour emergency plumbing calls, you can quickly get to $100k or more.

Not to be confused with a nuclear engineer (which is also an excellent way to make $100k, but requires a lot more education), a nuclear power operator runs all of the controls and machinery at a nuclear power plant. In most cases, you only need a high school diploma to start, and median wages are around $104,00 a year.

Regarding education requirements, he said, “[you] need a high school diploma plus 3 or 4 years of work experience or a bachelor's degree. [The job] requires the ability to do basic math on the fly and a calm demeanor. Been doing it 12 years, best job ever.”

While a six-figure salary isn't the same as it once was due to inflation, it can still lead to a comfortable living. There are opportunities in almost any field to make $100,000 or more if you are willing to put in the work or find a niche you can serve.

And while many people think it's impossible to find a high paying job without a college degree, these ideas are proof that is not necessarily true.