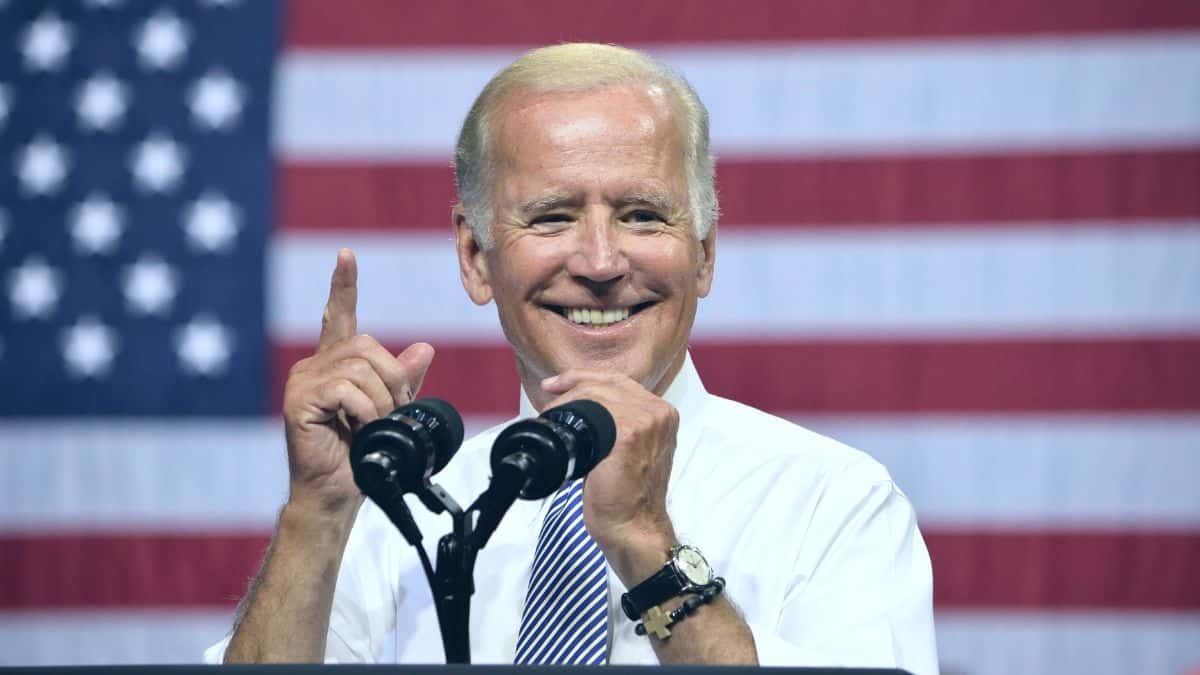 Joseph Robinette Biden Jr., an American politician and the current President of the United States, is known as ‘Middle-Class Joe' and is a several-time millionaire.

Joe Biden's Approval Rating Is Down, but His Net Worth Is Sky-high

From Senator to Vice President to President, here are the key facts to tell you how much Joe Biden's net worth is.

After serving as the 47th Vice President under former President Barack Obama, his net worth increased significantly in the four years since he left office in 2017. Here is how President Joe Biden has increased his net worth over the years.

What Is the Net Worth of Joe Biden?

President Joe Biden is valued at over $9 million, based on data collected from his tax returns and filings. The majority of his net worth was earned after his stint as Vice President.

Much of his money is thanks to his speaking engagements, book deals and property holdings, including his Wilmington, Delaware home, his vacation house in Rehoboth Beach, Delaware, and his presidential salary of $400,000.

How Did Joe Biden Make His Money?

Most of Biden's income and net worth came in the four years he was out of office between 2017 and 2020. In fact, he earned over $17 million during this time period. Here's the breakdown.

Understanding how the Bidens became financially independent over the years is easy, given that they have released their federal income tax returns dating back to 1998.

After he defeated Donald Trump in the 2020 Presidential election, his income decreased as he was no longer doing speaking engagements or his professorship.

After graduating from Syracuse University College of Law, Joe Biden began practicing law in 1969. His earnings as a lawyer are not made public. However, he only spent three years practicing law until his political career began.

Joe Biden's political career kicked off in 1973 when he won his United States Senate election in Delaware, earning an annual salary of $42,500. Throughout his tenure, Biden served the interests of his home state, and his career as a Senator blossomed, increasing his yearly income to $174,000.

Joe Biden signed a lucrative multi-book deal with Flatiron Books worth $10 million. Biden's first memoir, Promises To Keep, was not popular when released but sold well when Barack Obama announced Biden as his running mate.

The most popular book, Promise Me, Dad, is a memoir about his son's death.

Another $3 million in profits is from Jill Biden's book Where the Light Enters.

His popularity with media outlets such as the Washington Post also led him to take on several speaking gigs before Biden tried his hand at the Presidency.

READ MORE: Ivanka Trump's Net Worth Will Shock You – But How She Earned It Is Even More Surprising

In 2017, Joe Biden took a job as Benjamin Franklin Presidential Practice Professor, an honorary professor at the Penn Biden Center for Diplomacy and Global Engagement at the University of Pennsylvania. This position earned him $776,000.

At the same time, his wife Jill earned roughly $90,000 each year as a Northern Virginia Community College professor.

Joe Biden owns two houses, with his primary residence in Wilmington, Delaware. Records show the Bidens bought the house in 1997 for $350,000. Recent homes in the same area are currently selling for $2.25 million.

Their other home is a vacation home in Rehoboth Beach, Delaware, purchased in 2017 for $2.74 million. Current estimates show the value of the home at $3.4 million.

While Vice President, Joe Biden earned close to $170,000 in rental income by renting out their guest house to members of the Secret Service.

President Joe Biden's salary is $400,000 annually. Because of his work in the government, he will earn a Federal pension worth $160,000 for life.

How Does Joe Biden Spend His Money?

Joe Biden earned over $17 million after he left office as vice president to Barack Obama. So why is his net worth only $9 million? Here's where his money was spent.

Of the $17 million earned from speaking engagements, book deals, and the like after his vice presidential term, over half ($8 million) went to taxes.

Biden has given an estimated $1.3 million to charity just over the past 5 years.

Biden's primary home in Wilmington, Delaware and vacation house in Rehoboth Beach have mortgages to pay. Before becoming vice president, Joe Biden's net worth was significantly lower. As the value of his real estate increased, he would refinance his mortgages to pay for things like college expenses for his sons.

Joe Biden has always enjoyed cars, primarily because he was always around them growing up with a father as a used car salesman.

He enjoys collecting cars, and over the years, he's amassed quite a few lavish ones. His collection includes a 1951 Studebaker Champion, a 1952 Plymouth Cranbrook Convertible, a Corvette GS, Cadillac Limo, GMC Yukon, and a 1967 Corvette Stingray.

Joe Biden Net Worth – From Middle-class Joe to Millionaire

Joe Biden has come a long way from humble beginnings to having one of the most prestigious titles in the world. Over the years, he invested in himself, and the opportunities from this have allowed him to amass a net worth of $9 million.

Should You Follow The 3-6-Months-Expense Rule For Emergency Funds?