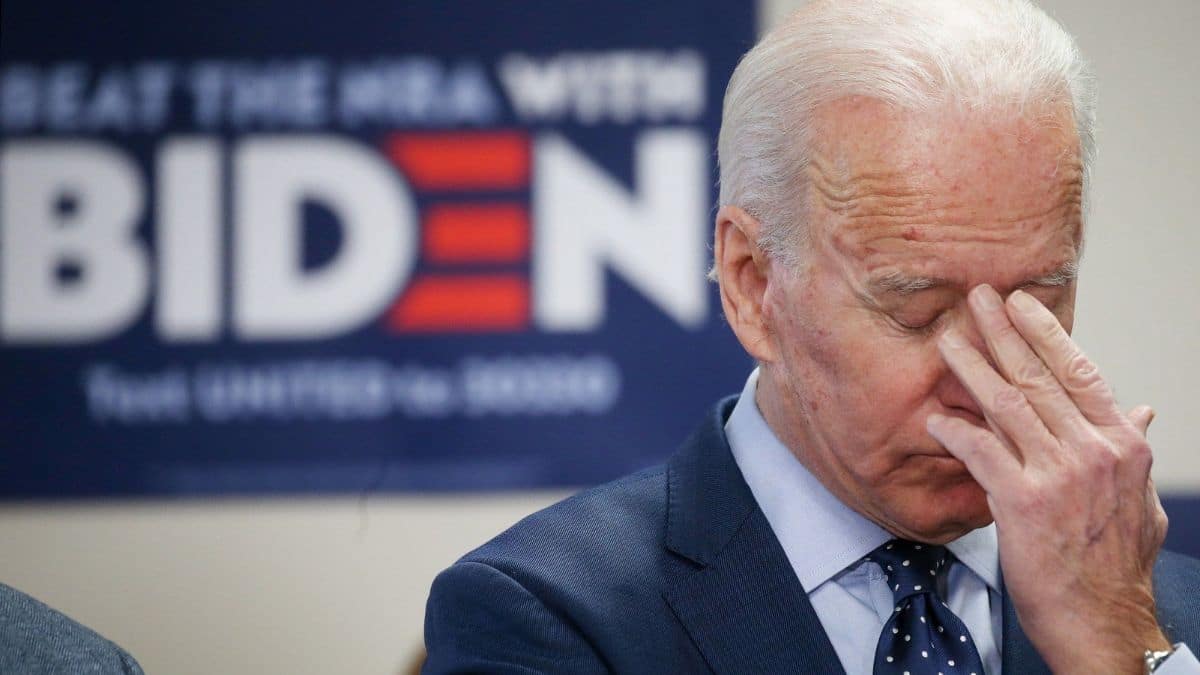 On Monday, Joe Biden participated in the annual tradition of pardoning a turkey ahead of Thanksgiving. This year, however, Twitter users had a lot to say about the ceremony and the pardoning of this year's turkey, Chocolate.

Biden took to Twitter to announce the pardoning of the turkey, Chocolate, ahead of Thanksgiving this year.

Today, based on their temperament and commitment to be productive members of society, I hereby pardon this year’s National Thanksgiving Turkey – Chocolate.

And should he be unable to uphold his duties I also hereby pardon his alternate, Chip. pic.twitter.com/LpXaK0OgZz

The pardoning of the Thanksgiving turkey is thought to have begun with President Lincoln. He allegedly offered clemency to a turkey in 1863, sparking the unusual tradition. Turkeys have been given as gifts to the President as far back as the 1870s.

Some people also believe that President Harry S. Truman began the tradition of “pardoning” the turkey. This claim has been disputed by the Truman Library and Museum, though. It is thought that the focus on Truman stems from the fact that he was the first president to receive a turkey from the Poultry and Egg National Board and the National Turkey Federation.

Animal rights activists apparently believed that although the turkeys were being pardoned, they would still end up on someone's dinner table. President George H. W. Bush put that theory to rest, saying at his annual pardoning, “But let me assure you, and this fine tom turkey, that he will not end up on anyone's dinner table, not this guy — he's granted a Presidential pardon as of right now — and allow him to live out his days on a children's farm not far from here.”

Twitter users were quick to comment on some of the bizarre interactions Biden had not only with the people around him, but with the turkey itself.

One user poked fun at Biden's tendency to forget what he is saying mid-sentence.

The turkey probably has more intelligent things to say and can likely speak English better than Joe Biden pic.twitter.com/f1VHkbbwqD

Another user compared the celebration to a clown show.

And the 🤡 show continues. Where’s the Easter Bunny when ya need him? 😂😂😂😂

The Daily Caller made fun of Biden holding the microphone up to the turkey, seemingly offering it a chance to speak.

Joe Biden to Chocolate the Pardoned Turkey: “Do you wanna talk?” pic.twitter.com/5oBDIYlqnz

Tv News Now called the interaction “awkward” when Joe Biden spoke to a turkey farmer who was standing nearby.

Awkward! Joe Biden meets a turkey farmer: “9.5 million turkeys! I tell ya what, that's like some of the countries I've been to and they.. anyway.” He turns to the turkey and asks the bird: “You wanna talk?” pic.twitter.com/0MXBXB04t4

User Pill Cosby pointed out the ridiculousness of holding the microphone up to the bird.

enough is enough.
why is Joe Biden holding a microphone to a Turkey? pic.twitter.com/hYVTo9AGu6

10 TV Shows That Never Had a Bad Season