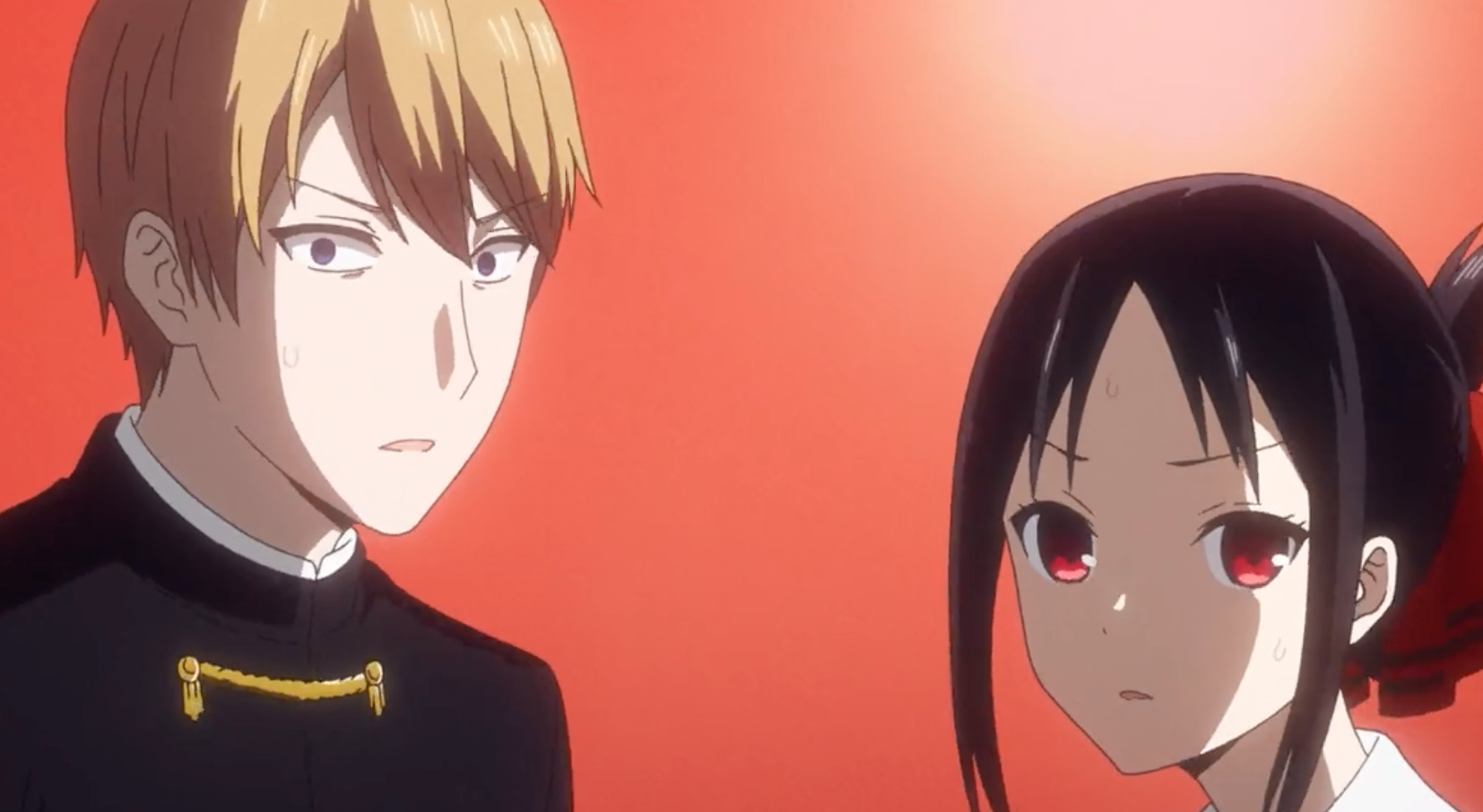 After the third season finale of Kaguya-sama: Love is War, fans are now asking one question in particular: when will Kaguya-sama Season 4 be released?

Set at a prestigious elite school, Kaguya-sama: Love is War revolves around student council vice president Kaguya Shinomiya and president Miyuki Shirogane, who are afraid to confess their love to the other due to vanity. The cat-and-mouse game has now gone on for three seasons. The last episode, for now, was aired about a week ago.

The season finale left some questions unanswered. No wonder that the fans of the romantic anime series are already thirsting for a sequel. But what about Kaguya-sama Season 4? Have the new episodes already been announced and when might they be released?

New Anime Works In Progress: Is it Kaguya-sama Season 4?

A good sign: The makers of the series announced via Twitter shortly after the season finale that a new anime project is in the works. For this purpose, a mysterious teaser image was shared. It turns out that the new project would be a movie entitled “Kaguya-sama: Love is War – The First Kiss That Never Ends” which is scheduled to air sometime around December 2022.

The latter would not be unlikely. After all, the time gap between the previous three seasons was only one year each. Accordingly, we could expect the sequel as early as mid-2023. If you don't want to wait until then, you should read the manga of the same name. Not only is it the original work, but it's also streets ahead of the anime's plot. The finale of the third season ends at about chapter 139, the 14th volume.

Date A Live Season 5: When will it be released?