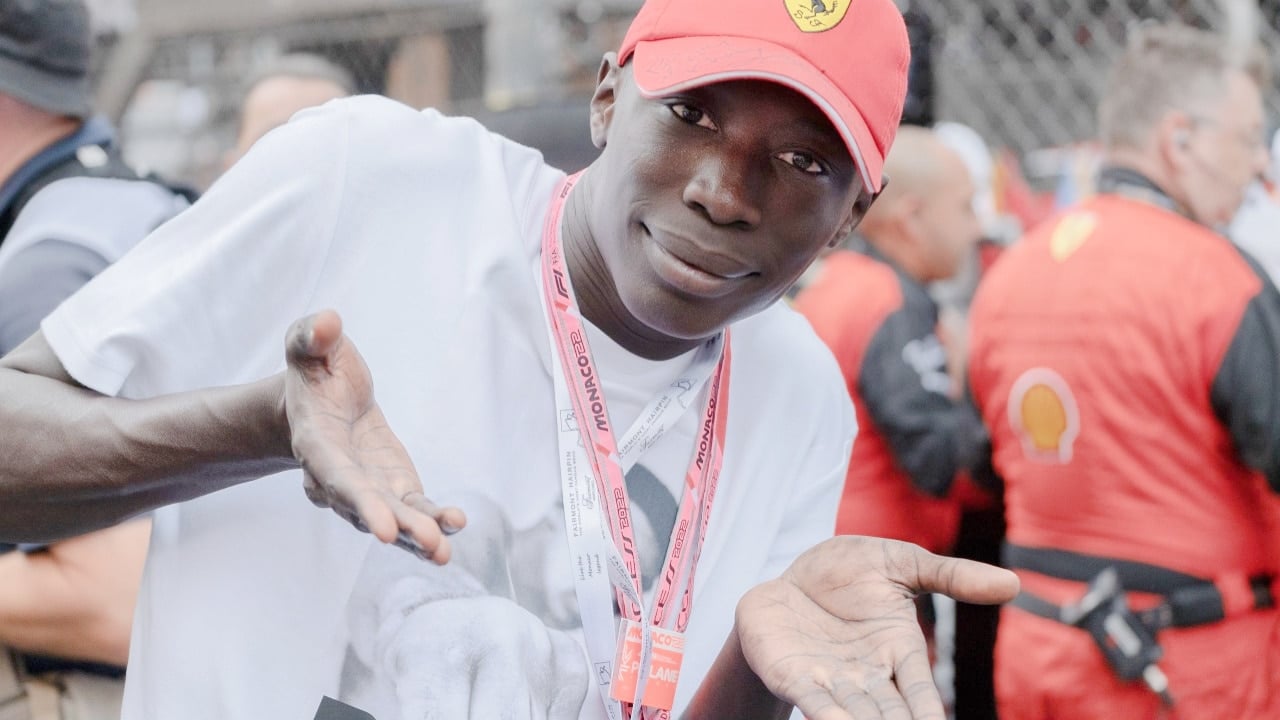 Khaby Lame is the most followed TikToker with over 142 million followers translating to over 10.8 Billion views. For reference, Super Bowl XLIX is currently the most-watched U.S. television broadcast of all time, and that only reaches 114.4 million viewers. That is an event that takes months of planning and millions of dollars in production but Khaby achieved it all in just two years, with his phone, and he didn’t even have to speak to do it.

Achieving content creator stardom is currently one of the most sought-after careers in the world but none's story is quite as inspiring as Khaby Lame’s. He went from a waiter and factory worker to building a creator business that rivals them all beating both Addison Rae and Charli D'Amelio.

He started posting to TikTok in March 2020 after getting laid off. We are going to take a look at some of the tactics Khaby used to build a successful creator business without ever saying a word.

​​The use of speech, song, and ultimately words has become ingrained in our idea of entertainment today. Silent films in entertainment may seem like a thing of the past, however, this is simply not the case. Consider for a moment, the silent comedy of Rowan Atkinson, popularly known as Mr. Bean, and Charles Spencer Chaplin, popularly known as Charlie Chaplin. Two of the most famous examples of creating content that transcends language. They managed to reach and make millions of people across the globe laugh without speaking and this is the same tactic that Khaby used to grow his platform.

As Khaby himself said, “I just wanted to reach as many people as possible and the best way to do that is not to speak.”

Think about it, when you watch his videos have you ever noticed that he couldn't really speak English? No?

Whatever language you imagined him speaking, it just didn’t matter because you always understood exactly what he was trying to say. As content creators, we can achieve this by conducting the over-the-shoulder test.

If someone can watch your show over someone else's shoulder with no context, you have the formula for something that could go viral. It is all about using visual storytelling to leave your audience feeling informed, entertained or understood.

Khaby has done a great job of utilizing his face and his hands as his main method of communication and this led to him being understood by everyone despite not always speaking the same language as them. He has also made use of the next two important tactics.

You don't need to reinvent the wheel, you just need to learn from the massive media industry that has existed for years. While TikTok is a far cry from traditional media, the same rules of engagement exist, which is where mirroring formulas that work comes in. Khaby mirrored actors that succeeded at this like Mr. Bean and Charlie Chaplin, but he didn’t just stop there. He also used three popular formats commonly used on YouTube and Instagram.

Content Curation involves putting together a collection of pieces for your audience to enjoy. This is something that started within the art industry through art curators and galleries but it was really on Instagram where this method of content curation became a popular trend.

Instagram influencers quickly realized that this strategy was even better than creating original content, because all creators had to do was find viral images across social media and then share them in one central place. The genius was in already knowing which posts were high-performing, erasing any question of ‌whether a piece of content would do well in the market.

This is one of the strategies that Khaby has used. There are over a million videos being watched on TikTok every single day and Khaby finds the best videos and makes them a central part of his strategy. Not only that, but his fans also suggest videos for him, and he includes his community in ‌curating the content that they will consume together.

Curating for your audience makes them feel like they are sharing all of the best content with a friend and watching something with a community instead of just consuming alone.

In popular reaction videos, creators record their spontaneous reactions while watching an existing video. Creators have flooded the online world with videos of people reacting to games, commercials, celebrity gossip, old-school computer software, and the luxurious lives of millionaires.

There are many people who make them, but Fine Brothers reign supreme. In addition, to their diverse YouTube channels, they have a channel devoted to reaction videos—simply titled “React”—with over 903 million views.

Why does this format work so well?

In the 1990s, a group of Italian researchers discovered that when a macaque monkey reaches for food, certain neurons light up in its brain. Those same neurons light up when the monkey sees a human reach for food too. Later named mirror neurons, some believe these cells are active in human brains as well, but their existence is controversial. Some studies question if they are present in the human brain at all, while others have found evidence of their activity but can't say for sure how they work in humans.

If mirror neurons do exist and contribute to our emotions, they could explain why we get anxious when we see someone else get anxious and happy when we see someone get happy – or yawn. When viewers watch these videos, they enjoy the momentary emotional connection of seeing those on screen react to content the same way they would. Hence why reaction videos have become an important part of the cultural zeitgeist.

Khaby utilized this in a very simple way by basically doing what we all think when viewing ridiculous videos like that, ‘Why would someone do that?’ A simple, no-word, and enjoyable experience that made us feel understood and in on the joke.

A commentary video is essentially when a creator expresses their thoughts and opinion regarding a specific subject — usually a trending topic. YouTube commentary encompasses every topic from movies, music, and politics, to sports and games. The comments, like traditional essays, provide the audience with a lens through which to view and digest different information. For some, watching the opinion of their favorite creator provides them with an idea of how they should feel about particular topics.

Khaby is not only commenting on the ridiculous nature of the videos he reacts to but he is making a silent commentary on the DIY trend as a whole. He is taking it a step further by critiquing the Internet culture that makes them popular all by silently asking ‘why do all that when you could just do this?’

Commentary is popular because we have our favorite creators saying what we might be afraid to say.

Having a manager is a crucial part of building a business for content creators but it is a step that is often overlooked.

A manager acts like the CEO of your business allowing you to concentrate on the parts of the job that you enjoy, like nailing that over-the-shoulder test, all whilst still reliably knowing where and how income will flow into your business. In addition to that, managers act as strategic partners that help you cultivate your brand in the direction that you want it to go.

Khaby Lame found his manager through Instagram when he had only 1000 followers but the manager could already see that he was going to be a success. Through consistent posting, even when he wasn't getting many views, he has got to the top of the TikTok game while his manager has made sure he is at the top of the business world.

In the past two years, he has had partnerships with brands like Hugo Boss and Meta and collaborated with everyone from Zlatan Ibrahimovic, Novak Djokovic, and Vinicius Jr to Jason Derulo, Snoop-Dog, and J Balvin. He even opened an online store and is fully taking advantage of his fame to grow and maintain a successful creator business.

If you have been wondering if it’s possible for you to become a successful creator without having to show your face or say a word, the answer is yes. Just follow the blueprint set by some of your favorite creators and, above everything, have the right team behind you.

Amanda is a Feminist, Tech-Entrepreneur, TV Producer, Freelance Writer & Author certified in Gender and Media and Digital Marketing with over seven years of experience working to develop and create various forms of content. She has been published by The Feminist Leadership Journal, Amaka Studio, Black Ballad, Document Women, In Her Words, Meeting Of The Minds, Africa80, and countless other platforms, dedicating her life to using media and tech to spread awareness and change lives.

In 2021, she self-published a book: At What Age Does My Body Belong To Me? and has since been developing It’s A Feminist Thing, a platform to showcase why feminism is the solution for a better equitable future.

How To Find a Financial Advisor

Quiet Quitting: The Latest Trend That No One’s Happy About