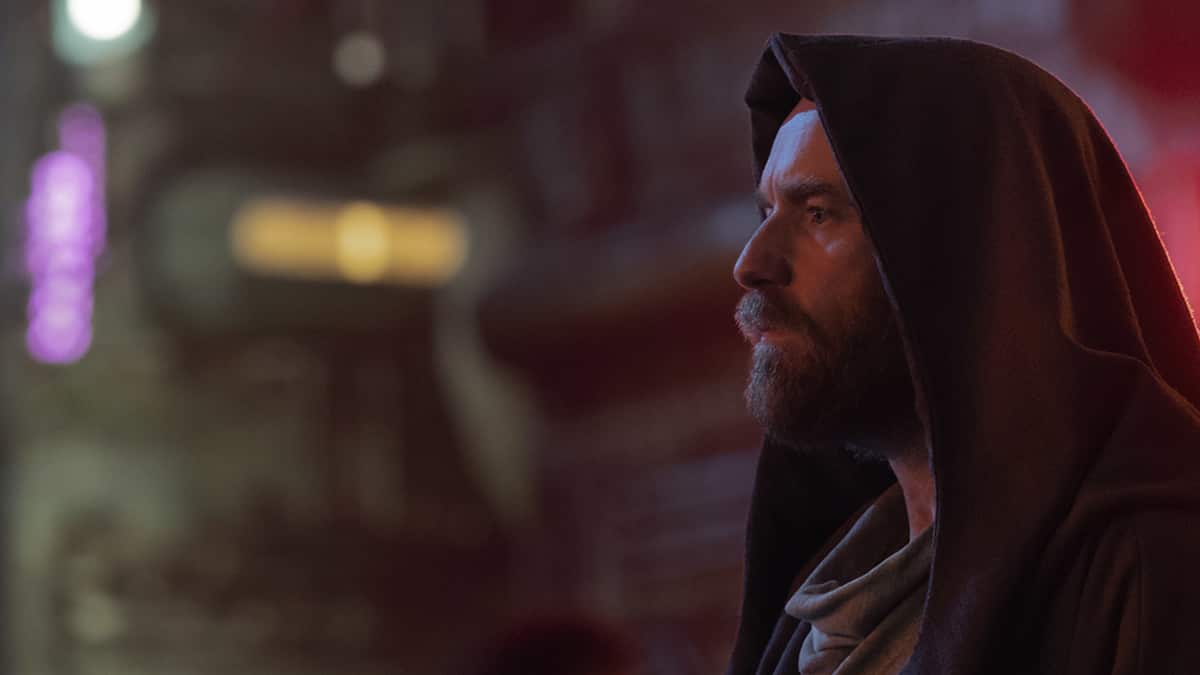 The Kenobis are out there! After years of speculation and a passing hint or two in old Legends novels, there is finally confirmation that our favorite downtrodden Jedi is not the last of his name.

But die-hard fans will know that the baby brother mentioned in Part III of Obi-Wan Kenobi on Disney+ is possibly not the only Kenobi out there in the stars.

Introduced in season three of The Clone Wars, Korkie Kryze is the nephew of Satine Kryze, Duchess of Mandalore and old flame of Jedi Master Obi-Wan Kenobi. Yet there’s something suspicious about this kid. With red-gold hair, and familiar blue eyes, it’s clear why so many fans believe that Korkie is actually Obi-Wan’s long lost son.

Don’t believe us? Here are ten things that prove there is more to this “nephew” than meets the eye!

10. Dave Filoni Has a Secret

Perhaps the most convincing piece of evidence comes from the keeper of Star Wars himself. Back in a 2013 Google Hangout, Dave Filoni was asked to comment on Korkie’s parentage. He said nothing as to the possibility of Satine being the boy’s mother, but he did clarify that Korkie was definitely not the son of Satine’s sister, either. As things stand, Bo-Katan is the only known sibling of Satine.

He went on to say that Korkie’s true origins would “set the fan world ablaze with interest.” Now, we can’t be certain what he was alluding to, but we can’t think of any revelation more shocking than Obi-Wan Kenobi having a son!  A Jedi and a Mandalorian? No one would see it coming.

Dave Filoni isn’t the only creator who had a hand in bringing Korkie to life. Though by 2010 George Lucas was slowly pulling away from Star Wars, he was still quite involved with the development of story and characters.

As revealed in The Star Wars Archives: 1999-2005, the similar name “Corky” was one Lucas had initially proposed for the character who became Jar-Jar Binks. Obviously, Korkie and Jar-Jar have little in common, but it does suggest Lucas may have felt a sentimentality for Korkie that we wouldn’t expect for any random throwaway character.

8. The Time Is Right

While the Mandalorian Civil War began in 42 BBY, it wasn’t until sometime after the mission to Pijal in 40 BBY that Obi-Wan and Qui-Gon were assigned to protect the young duchess. This puts their romance somewhere between his eighteenth and twenty-fourth birthday.

Fast forward to the Clone Wars, and Obi-Wan and Satine are reunited once more. It’s been roughly fifteen years since they met, and Korkie Kryze appears around fifteen years old. This fits his birth very neatly into the timeline of their romance.

7. Appearances Can Be Deceiving

Despite being the stated nephew of Satine, Korkie’s hair is definitely not a match for her own. But more importantly, it doesn’t match deeper red Bo-Katan’s either. Instead, his locks are a distinct combination of blond and copper.

Combined with an oddly familiar side-part, there is no denying the physical resemblance between Korkie and the famous ginger-haired Negotiator. Genetics don’t lie.

6. Eye of the Beholder

They say eyes are the windows to the soul, and if that’s the case then Obi-Wan and Korkie are cut from the same cloth.

While Satine and Bo-Katan both have elegant almond-shaped eyes, Korkie’s are different. In fact, they are almost entirely unique. Distinct from other Mandalorians, his eyes most closely resemble those of one person in particular. You guessed it: Obi-Wan Kenobi.

Family is more than skin deep, and Korkie resembles Obi-Wan in more ways than just his looks. In fact, they share a lot of habits and mannerisms, including Obi-Wan’s trademark chin stroke.

The mirroring doesn’t stop there. During season five’s episode The Lawless, both Obi-Wan and Korkie attempt a jailbreak in independent efforts to secure Satine’s freedom using eerily similar methods of infiltration. Despite being strangers, they’re absolutely in sync!

Though Mandalorians, in general, have little love for the Jedi, Korkie Kryze is one exception. From the moment Ahsoka arrives on Mandalore, Korkie is eager to talk shop. He immediately latches onto Ahsoka’s lightsaber, calling it a “fine weapon” and asking for a closer look.

In direct contrast to the government’s suspicion of the Jedi, Korkie is open and interested. It’s clear he feels some kind of affinity for the Jedi. That certainly doesn’t come from the Mandalorian side of his family.

3. They’re Not Brave Enough for Politics

Like Obi-Wan, Korkie shares the same upright moral character, as well as a dislike of politicians, and a penchant for getting into trouble.

In a neat narrative parallel, Korkie’s plot becomes a mirror of Obi-Wan’s. Like Obi-Wan, he puts his faith in the government. This naivete prevents him from realizing that the Prime Minister is the villain they’ve been looking for until it is nearly too late, in much the same way that Obi-Wan is blind to Palpatine’s plotting until the very end.

2. Head Up, Shoulders Back

When it comes down to it, there’s very little that frightens Obi-Wan Kenobi. Whether it’s facing down General Grievous or standing up to the slavers of Zygerria, Obi-Wan has an unshakable bravery to him.

This same bravery is shared by Korkie. Even when threatened with a shock collar similar to the one we see on Obi-Wan while a captive in the mines of Kadavo, Korkie refuses to give in to the demands of evil, no matter the cost to himself. In this way, he displays the same selflessness as Obi-Wan. Evidently, this kind of courage is just in the blood.

Perhaps the most convincing similarity between Obi-Wan and Korkie is the adoration they both have for Satine Kryze. Sure, as a devoted Knight of the Order, Obi-Wan is forced to deny it, but with no reputation to maintain, Korkie is free to be much more open in his love for his “aunt”.

When captured by Death Watch, both Korkie and Obi-Wan go to great lengths to rescue her. When Maul finally gets his revenge, it is only Obi-Wan’s grief we witness, but as he and Korkie are united in their love for Satine, it is only reasonable to imagine that Korkie’s sadness is just as great.

Though he only appears in two episodes of The Clone Wars, Korkie has captured the imaginations of many fans who think that he might just be Obi-Wan’s secret son. And why not? Stranger things have happened. In the galaxy far, far away fathers and sons get lost and come back to each other all the time. If anyone deserves that kind of miracle, it’s the man who gives so much hope to so many and asks for nothing in return. The galaxy is a dark place, full of rogues and villains. We could always use another Kenobi to help carry the light.

Hannah is a fangirl born of fangirls. As a child, she lived vicariously through her favorite stories, but as an adult, she became an actor so she could live them directly. A graduate of the University of Toronto and Sheridan College, Hannah has a deep love of storytelling and analysis. Having gotten her start in writing as a young book critic, she is excited to be expanding into the world of freelancing and fandom content.

5 Horror Film Franchises That Were Great But Got Much Worse

Updated: Everything You Should Know About Series I Bonds