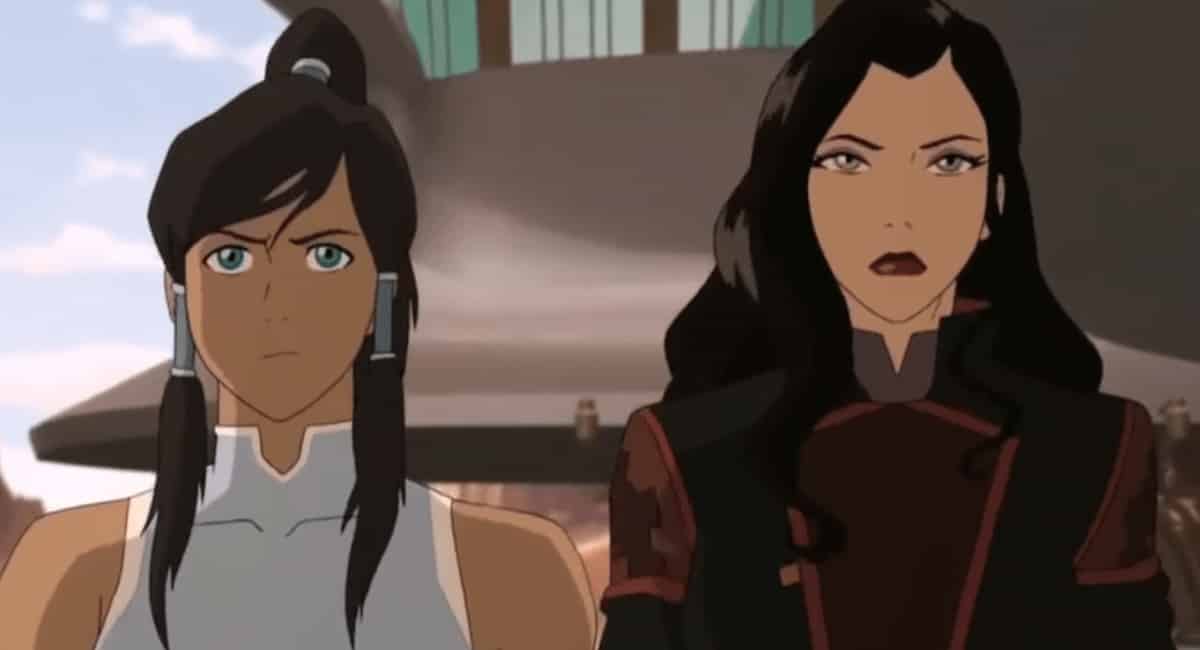 This month is the 10-year anniversary since The Legend of Korra (LOK)—the sequel to the beloved and iconic show Avatar the Last Airbender (ATLA)—premiered on Nickelodeon. It’s undoubtedly a difficult task to follow up after a show like ATLA. Don’t be fooled, yes, we’re discussing two pieces of children’s entertainment media.

But ATLA is ranked number eight on IMDb’s Top 250 Rated TV Shows, five spots ahead of HBO’s Game of Thrones. Meaning that ATLA is as fantastic as any live-action, adult show. Therefore, LOK had much to live up to when it premiered four years after ATLA’s finale. Unfortunately, however, nostalgia proved a hard spell to break for some fans.

Despite LOK’s centering on a canonically queer, woman of color Avatar, many fans of the ATLA/LOK universe and franchise weren’t sold. Korra’s voice actress Janet Varney explains the complicated relationship viewers had with LOK to Den of Geek saying, “When you have something that is so beloved, the way the Last Airbender series was, people felt this emotional connection to it and they had this resistance [to Korra].”

But, thankfully, when LOK came on Netflix two years ago, there was a renewed love and appreciation for the series from new fans and fans now all grown-up. Through its ups and downs, hits and misses, LOK is now cemented in so many of our hearts. So, let’s explore the legacy of the series 10 years later.

Many Fan’s Opinions of Avatar Korra Were Influenced by Misogyny

It’s no denying that LOK received its fair share of criticism during its run. The sexism, in particular, aimed toward Avatar Korra drove a lot of the critiques for the show and its titular character. Don’t get me wrong, there are definitely some fair criticisms to be made toward LOK, some of which I’ll present later in this article.

However, as Aja Romano states in an article for Vox, “Much of [fan’s] disdain for Korra [was] gendered.” Now, the show is being appreciated along similar lines as ATLA. But in the past, people have used words like “arrogant”, “annoying,” and “obnoxious” to describe Korra; especially in comparison to Avatar Aang: a free-spirited, fun-loving, 12-year-old boy and monk who never wanted the responsibility of being the Avatar.

Comparatively, Korra was Aang’s complete opposite. Korra was a child prodigy in bending; thus, she grew up full of confidence, relishing in her destined role as The Chosen One. Not to mention, Korra is also a stubborn teenager, not a passive child, coming of age with the knowledge she’d be the Avatar. So, naturally, Korra can be foolhardy.

But it’s important we recognize how necessary it was to see a young woman with intersecting marginalized identities afforded the opportunity or ‘privilege’ to be imperfect. Compared to Aang in ATLA, Korra’s character arc is far from linear. Her recklessness from season one bleeds into season two; likewise, her takedown of one villain in season three only causes the birth of another in season four.

But it’s these mistakes that make Korra feel human despite her Avatar status and demonstrate to young minds that being flawed doesn’t prevent you from being the hero of your own story.

Lok Was Regressive in Their Views Surrounding State Surveillance and Abolition

When we're introduced to Zaheer—the leader of The Red Lotus: an organization whose mission is to usher in a new society by overthrowing the established one and combining the spiritual and physical world—in season three episode one he says, “When you base your expectations only on what you see, you blind yourself to the possibilities of a new reality.”

Over the course of the third season, you’ll come to see how Zaheer’s spiritual and political ideology align with that of abolitionist ideology: new and better realities are possible if and when we dismantle current systems of oppression. This ideology isn’t new of course. Abolitionist movements have been utilized by Black and other marginalized people as a means to achieve freedom for centuries at least.

For the past two years, the concept of abolition has made its way into mainstream perception and discourse in the U.S. due to the work of influential writers and artists like Mariame Kaba and Chicago-based rapper Noname as well as movements like Black Lives Matter (BLM). Unfortunately, though, LOK portrayed Zaheer as an extremist and in turn villainized the concept of abolition.

Season three of LOK aired in 2014, around the same year as the BLM movement was founded. Throughout this season, Korra and other political figureheads in the show often act as state surveillance or police. And the show repeatedly demonstrates that if Zaheer and abolition are bad then Korra and a surveilled state are good.

However, this black and white depiction of the aforementioned political practices and ideology didn’t quite age well, only a decade later. This is because the digital activism of the BLM movement has had unprecedented cultural impacts, showing younger generations that embracing abolition is actually a good thing, not something to be feared or villainized as LOK suggested it should.

LOK went through several obstacles in pre-production and as the seasons progressed once the show aired. In fact, by the middle of season three, Nickelodeon actually pulled the series off-air completely, stating a decline in ratings as the reason. The fourth and final season of LOK was aired exclusively online.

This was a disappointment to fans for many reasons. But in hindsight, season four of LOK was arguably its most important yet, for it made the romantic pairing between Korra and Asami (known to fans as Korrasami) canon. In the show’s finale, Korra and Asami seek to venture into the spirit world together, and the final shot between the Avatar and her former rival-for-love implied the two’s budding relationship together.

In 2014, LOK was one of the first pieces of children’s animation to make its main character and hero queer. And, luckily, the show being pulled off-air didn’t minimize the significance of that precedent.

Although the relationship between Korra and Asami was very subtle, so much so that the creators had to confirm it was an intentional choice. It was still worth a lot to make Korra canonically sapphic as it paved the way for shows like Netflix’s The Dragon Prince and She-Ra who’ve been praised by critics for their (queer) diversity.

Ultimately, LOK has been a meaningful show to people despite its complications over the decade. Varney told Vox in 2020 she now hopes people “see how flawed Korra is and take comfort in the idea that you can be a mess and still be a hero.”

To our benefit, the show’s existence on Netflix has given it a fresh start to appeal to old and new fans alike who get to experience all the pros and flaws Avatar Korra has to offer.

Out of the Crypt: Horror Revisited: Tobe Hooper’s ‘Eaten Alive’