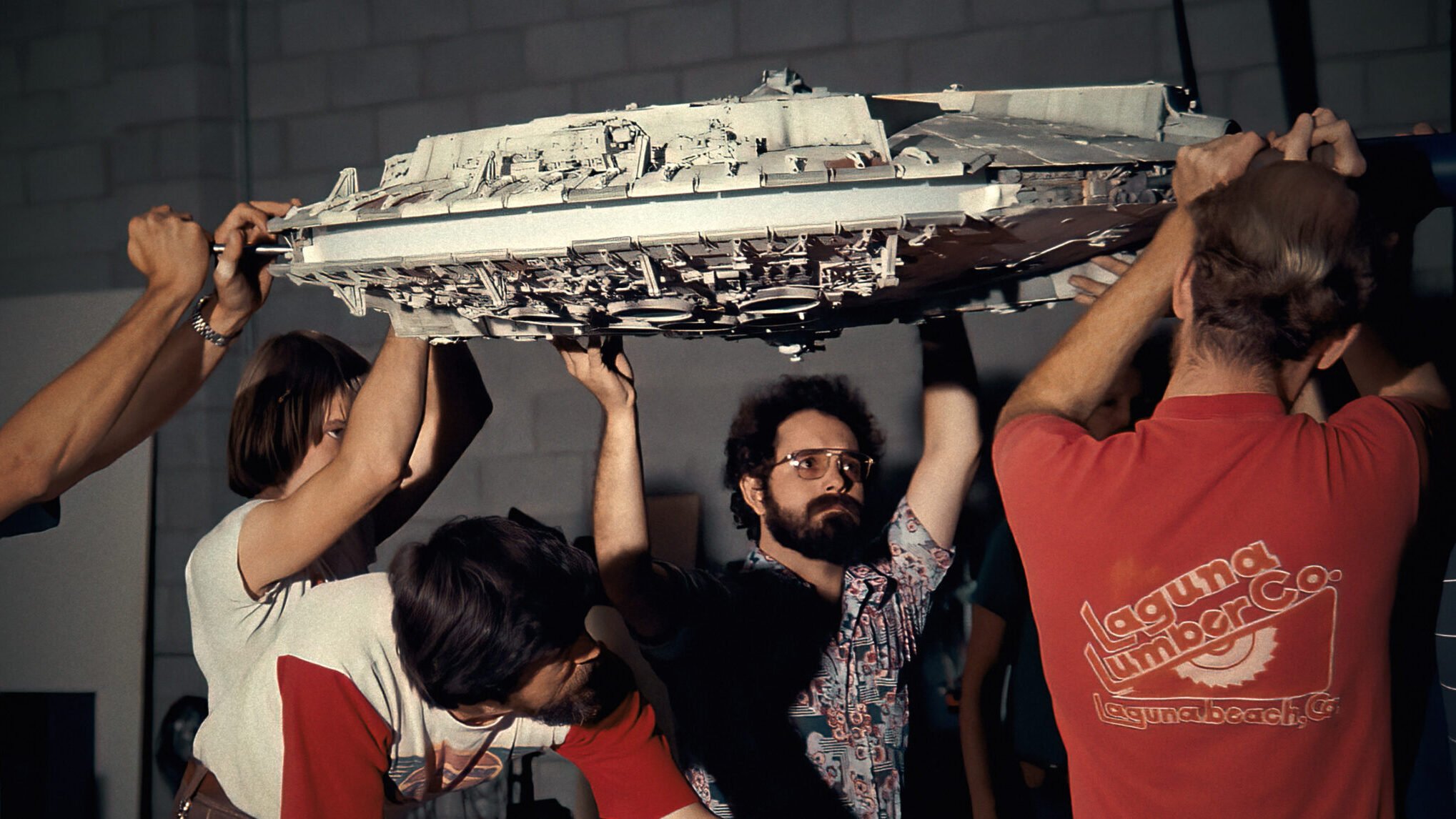 There is a saying that taking a peek behind the curtain can ruin the magic, but that isn’t always the case. Industrial Light & Magic (ILM) is one of the best effects companies in the world, having worked on incredible films like Star Wars, Terminator, and Jurassic Park, and many, many more. In the new Disney+ docuseries Light & Magic, viewers get to do exactly that – peek behind the curtain to get a look at how they have become the best in the business. 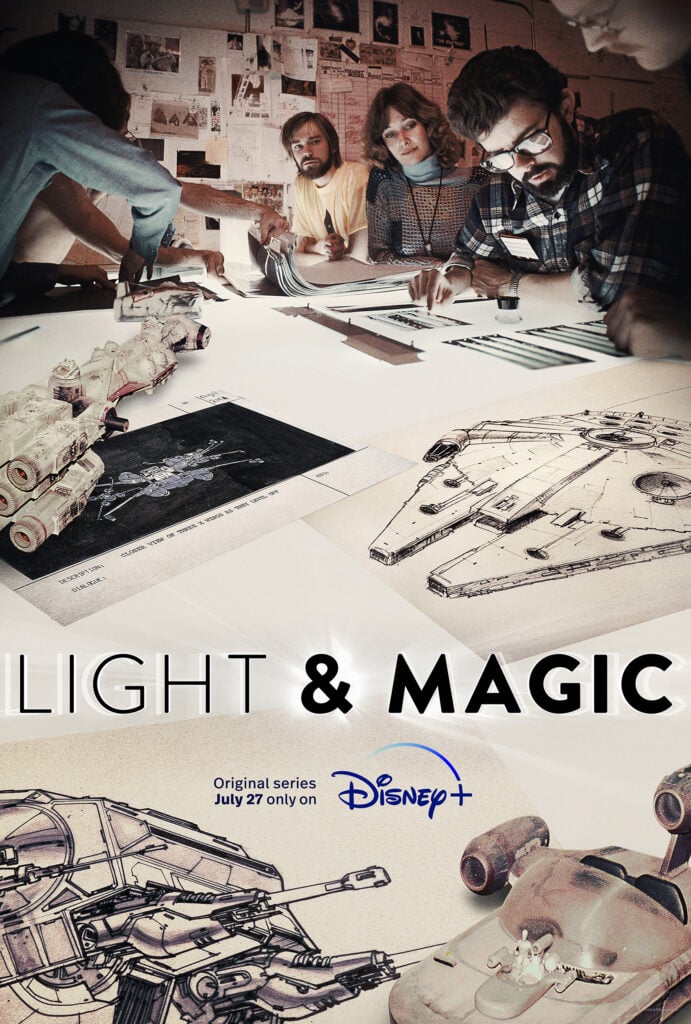 Academy Award-nominated filmmaker Lawrence Kasdan (The Big Chill, Empire Strikes Back, Raiders of the Lost Ark) takes viewers on an adventure exploring the history of Industrial Light & Magic that spans six episodes. ILM is the special visual effects, animation and virtual production division of Lucasfilm. Learn what inspired some of the most legendary filmmakers in Hollywood history and follow their stories from their earliest personal films to bringing George Lucas’ vision to life.

This series includes interviews with VFX titans Dennis Muren, Phil Tippett, Joe Johnston, Rose Duignan and Lynwen Brennan as they recount their memories of when ILM first started. They talk about their time with George Lucas as they first dove into the world of visual effects. However, it isn’t just interviews.

There are videos and photos depicting the past as well, really immersing the audience in the story. For viewers, it feels like they have stepped back in time and are able to witness the creation of ILM, and go on a journey with them to get to where they are today.

Director Lawrence Kasdan and executive producer Ron Howard do a wonderful job with the series. All too often these types of shows get repetitive and go on far too long. But with six episodes, each of which clocks in at right around one hour, it feels like a complete story was told, without dwelling on certain things too long.

From start to finish, the evolution of technology is completely captivating. Watching how things used to be done, and seeing how they are accomplished now, is impressive. But what is particularly interesting is the fact that so much of what was used in the past is still done to this day.

Besides the technological standpoint, viewers will come out of this docuseries feeling like they know George Lucas on another level now. It is very clear how much of a family has been formed with Industrial Light & Magic, and how close the employees are to this day. They truly created something special, there is no doubt about that, but watching them all speak about their early days is heartwarming as well as entertaining.

Many people might not realize just how many movies ILM worked on that aren’t Star Wars, because when you think Lucasfilm, you think Star Wars. They are responsible for some of the most advanced technology that is used today, including the Stagecraft that The Mandalorian, The Book of Boba Fett, The Batman, and Obi-Wan Kenobi were filmed in. This allows directors to play actual scenes across a video wall while on set and has completely revolutionized the industry. Inventions like these prove ILM is the best of the best.

For those who enjoy a behind-the-scenes look at their favorite films, and don’t mind knowing how visual effects are created for the big (and small) screen, this is something that will truly impress. For those who would rather be fooled by the magic, you might want to skip this one.

The six-part documentary series, Light & Magic, premieres exclusively on Disney+ July 27th 2022.
Follow us here for the latest on movies in theaters now.

12 Best Investment Apps To Get Started With Any Budget

Children Home for the Holiday. Should They Be Playing Video Games?