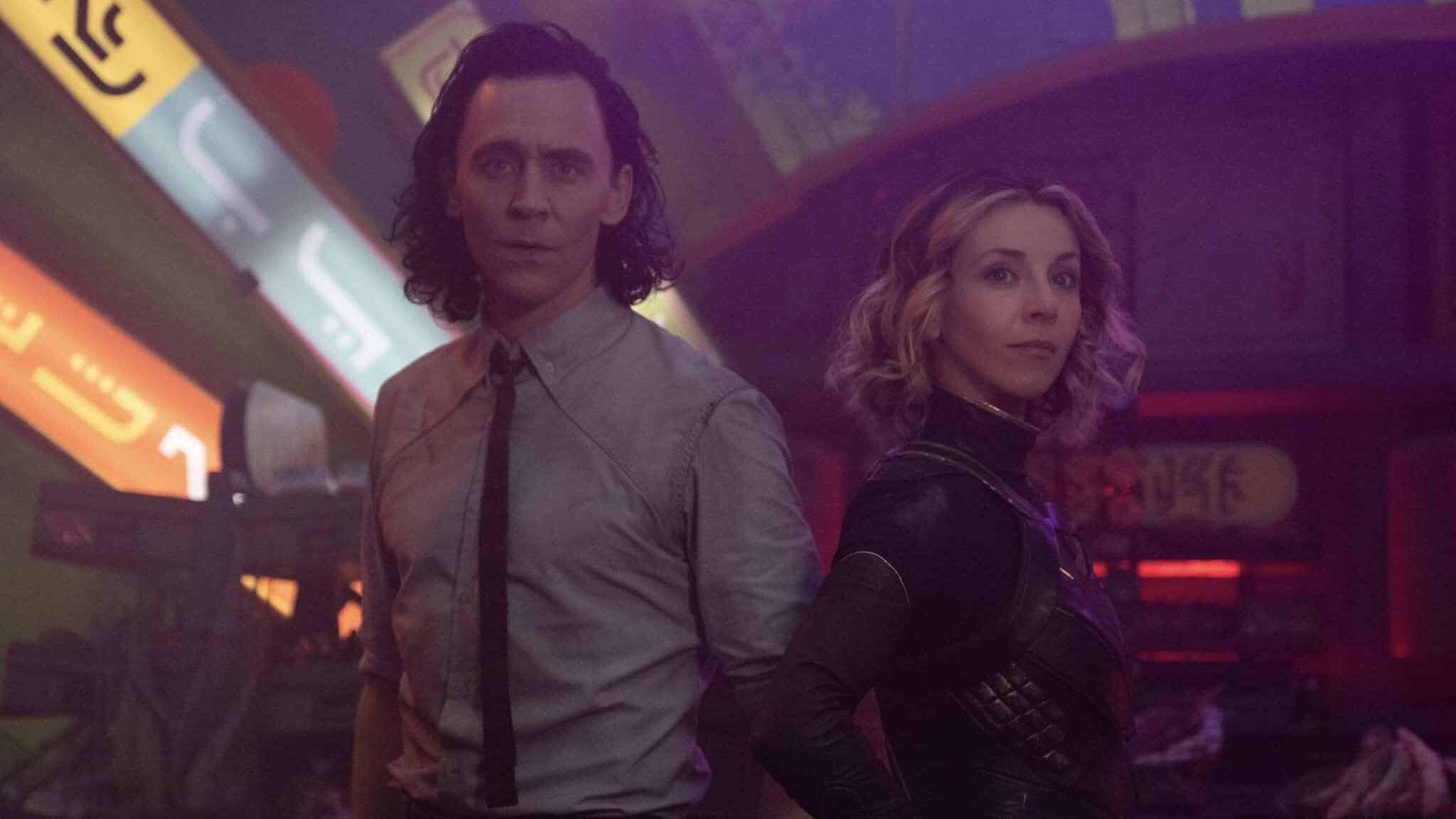 This week in Doctor Who, wait no. Let’s try that again. This week in Loki, Loki and Sylvie find themselves in a dire situation where they are forced to work together or die on a doomed moon. You can see why I got confused and thought my 2009 fever dreams about Tom Hiddleston as the Doctor had somehow come true.

Loki Learns the Meaning of Love… Kind Of

The mid-series episode of Loki opens with a very different tune over the Marvel logo: Hayley Kiyoko’s “Demons.” Sylvie and Hunter C-20 (the minuteman she whisked away from the Ren Faire last week) enjoy an afternoon and evening out at a bar as Sylvie tries to pull vital information about the Time-Keepers from her mind. Later in the episode, we learn more about Sylvie’s sinister enchantress tactics and how she plants false memories in order to pry information out of the strongest minds. We also learn that, despite what Mobius told Loki, Hunter C-20 originated on Earth and everyone at the TVA are Variants — just like Loki and Sylvie.

With whatever information Sylvie learned from C-20, she heads back to the TVA to find the Time-Keepers, but Loki is close behind. They face off against each other in a short fight and all I can say is God bless whichever creative thought to give Loki two daggers. Sylvie holds Loki at knifepoint as Ravonna Renslayer closes in and Loki, always one step ahead, uses the TemPad to pull him and Sylvie through the timeline. Unfortunately, he didn’t account for landing in the year 2077 on the ill-fated moon Lamentis-1, mere hours before disaster is set to strike.

This is where Loki felt tremendously like Marvel’s very own Doctor Who, uh, variant. Not to go to Who on this review, but everything about Sylvie reminded me of Missy and everything about Loki, from his Asgardian songs and wildly chaotic behavior on the train to his attempts at philosophical discussions, felt like the Doctor. Honestly? That dynamic works spectacularly well for this series.

Tom Hiddleston and Sophia Di Martino are brilliant on-screen together. Sylvie’s stoicism is a fun foil to Loki’s hedonistic tendencies. They play off each other’s dialogue and physical performance extremely well. Which creates fireworks. Literally.

While “Lamentis” is the mid-point of the six-episode arc of Loki — not a lot actually happens. Given Marvel’s track record with Disney+ series, this is actually a very good thing. Sure, there is a lot going on around them, namely the impending destruction of the moon and their ill-fated attempts to rescue themselves. But, instead of overwhelming the story with new characters or plots, the episode looks inward at both Loki and Sylvie and focuses on their character development. Even if you can’t always trust what either character is saying.

The information delivered through Loki and Sylvie’s conversations throughout the episode will undoubtedly cause fans to reconsider every piece of information previously established in the series. In particular, with Mobius misleading Loki about the origins of the TVA staff, is it possible that the “fascist” TVA has misled both Loki and the audiences about other key pieces of information? Namely, who the Variant is. Stay with me here.

The majority of the fans walked away from last week’s episode thinking that we had finally gotten a live-action Lady Loki. But did we? Diehard comic fans will know that in Earth-616, the blonde-haired Sylvie Lushton goes by the moniker The Enchantress. She is not a Loki variant, but a Loki creation. One he created to cause chaos. While Loki may not directly follow the comics, it’s quite clear that the Sylvie on the screen is visually similar to her comic variant. Perhaps this is why she bristles at being called a Loki Variant throughout the episode and was cagey about who her adopted parents and mother were.

Throughout their interactions in “Lamentis” Loki is the one providing information about himself, while Sylvie sits back and listens. It’s established within the framework of the episode that this is because she doesn’t trust him or anyone, but perhaps the real reason is that there’s more to her than meets the eye. With three episodes left, it’s a given that we will learn more about who she is as she and Loki make their next moves.

It’s hard to ignore that the reveal that Mobius had not been truthful with Loki is delivered in the last ten minutes of the episode — meaning we’re left thinking about it until next Wednesday.

With everything that we think we know about the TVA called into question in the last ten minutes of the episode, I can’t help but wonder if we are meant to spend the next week wondering what this means for the remaining three episodes. Honestly, I prefer theorizing about the TVA than worrying about how Loki and Sylvie are going to get off Lamentis-1 now that they’ve exhausted all avenues of escape.

Loki continues to outdo itself with each new episode. At long last, Loki is finally free to be the main focus of the story and give fans what they’ve been desperate for since Thor premiered ten years ago. Hiddleston makes for such a phenomenal lead with charisma and charm that turns even the most mundane scene into a riot.

“Lamentis” was written by Bisha K. Ali, who served as the head writer on Disney+’s upcoming Ms. Marvel series.

Adulting: Everything You Need To Know but Were Afraid To Ask