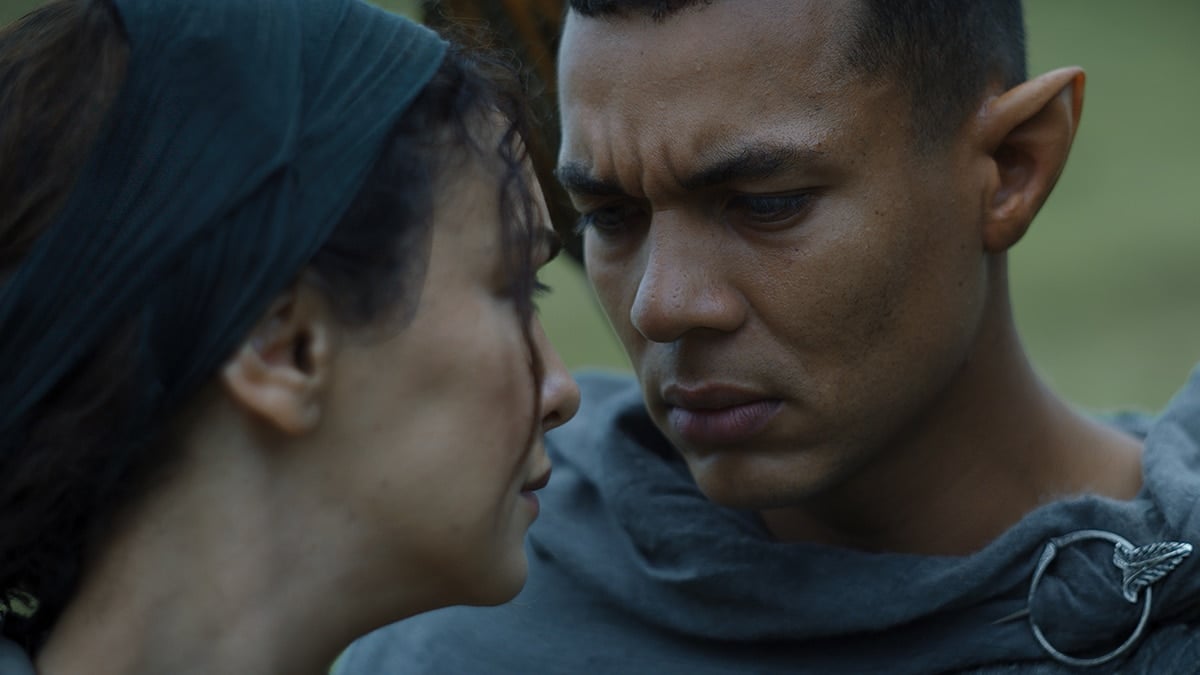 We're finally just days – days! – away from the debut of the highly anticipated Lord of the Rings: The Rings of Power on Amazon Prime Video.

Still, if you're committed and ready to go, there are several shows we'd recommend you binge before “Shadow of the Past” and the Second Age of Middle Earth begins. The best part is, you never have to leave Prime Video…

Based on the Robert Jordan fantasy series, this show follows the Aes Sedai Moiraine Damodred and her Warder a’Lan Mandragoran as they seek out the Dragon Reborn only to discover a handful of powerful young people that might fit the bill. She makes it her priority to keep them safe, knowing that they are each in terrible danger due to the very thing that makes them so special. Packed with exciting new characters, Wheel of Time is easily one of the best fantasy series to hit the air in recent years, and the unreal world it takes place in is a treat for the eyes. Full of epic fights and magical world-building, this series is a must-watch for fantasy fans.

The Legend of Vox Machina

Based on campaign one of the Dungeons & Dragons web series Critical Role, Legend introduces audiences to a seven-member team known as Vox Machina. With the dynamic between the voice actors being a major draw for fans of the ongoing game, the story focuses heavily on the development of the group as it becomes a functional team. Initially joining together as a group of mercenaries, the gnome cleric Pike asks if they shouldn’t try doing some good in the world, which her friends quickly dismiss. Yet, that’s much of what the series becomes, as the crew looks for work and ends up finding their way as reluctant heroes. Intended to cater both to longtime fans of the storyline and new viewers with no D&D history whatsoever, The Legend of Vox Machina will be a delight for Lord of the Rings enthusiasts.

Based on the film of the same name, the first episodes set much the same status quo that the movie followed. The assassin Erik raises Hanna from infancy, training her to be a deadly killer in anticipation of the CIA Marissa Wiegler hunting them down. We discover that Erik worked for Wiegler convincing mothers to give up their babies to be experimented on in hopes of creating supersoldiers. When he fell in love with one, he tried to flee, but it cost the mother her life and sent him into hiding. Hanna explores past the safety of the forest. Wiegler finds her and captures her, but Hanna escapes and flees for her life. Though less fantasy-oriented, for fans of the action sequences in Lord of the Rings and Frodo’s epic journey to reach Mordor, Hanna will be a treat.

Based on a comic, a cartoon, and a prior live-action series, Amazon’s take on The Tick was short-lived, but that didn’t stop it from being a true delight. Revolving around a true, very-blue superhero called The Tick, the show introduces us to a cast of characters created as a good-natured homage to superhero stories as a whole. Utilizing the same sense of absurdist humor as previous incarnations while introducing an intimidating big bad, this show had much of the heartfelt quality of Peter Jackson’s film trilogy take on Lord of the Rings.

With an incredibly solid list of voice actors including Steven Yeung, J.K. Simmons, and Sandra Oh, Invincible was destined to stand out among the crowd. This series, based on the comic by Robert Kirkman, Cory Walker, and Ryan Ottley, follows a young man whose father is essentially the Superman of his universe. As he develops his own powers and heroic identity, he slowly begins to learn that his father might actually be the villain of his story. Using a superhero narrative to grapple with legacies and public image, Invincible will appeal to fans who found Lord of the Rings through the stunning animation of the Rankin/Bass cartoons, as well as anyone who likes a story about someone trying to do right when the moral lines are blurred and family is on the line.

Based on the 1990 novel written by Terry Pratchett and Neil Gaiman, Good Omens follows the demon Crowley and a dear frenemy, the angel Aziraphale as they are forced to team up to attempt to prevent the apocalypse. Though it debuted after the death of Pratchett, Gaiman was the series writer and showrunner (a role he partially reprised for Netflix's adaptation of his magnum opus, The Sandman), granting it a great deal of insight from the book’s co-author. This made for a good mix of updates to the concept while retaining much of what made the novel special for fans. Praised for its characterization and the complicated love between its central characters, there is a second season currently in the works.

This was a short-lived series based on the breakout podcast by Aaron Mahnke, following much the same format as the audio edition with a fascinating new visual element introduced. The show would introduce popular folktales and urban myths with the intention of explaining their origin. As is the nature of these things, the episodes are often left open-ended, with a question rather than a solid answer around why we create the stories that we do. Breaking down legends without ever taking on a staunch or analytical tone, Lore will appeal to most viewers of fantasy or horror, and particularly those who gravitate towards a hybrid between the genres.

Set in the 1950s, Mrs. Maisel is a housewife whose husband is a failed comedian who leaves her for his secretary. She takes to the stage and realizes that she has a knack for making an audience laugh, which later crushes her comparatively uninspired ex-husband. Bringing in a fictional take on real-world comedy scene icons like Lenny Bruce and Moms Mabley as recurring characters, the series serves as a criticism of the regressive thoughts of its day while encouraging the stand-up scene of today to step up and do the same.

Mozart in the Jungle

Taking its cue from oboist Blair Tindall’s autobiography detailing her time in the world of classical music, the series follows Hailey Rutledge, who has ambitions to play in the New York Symphony Orchestra. The series delves into the lives of its players, all of whom are a mess in some way or another, focusing just as much on their relationships as it does on the ongoing quest for concert perfection. With a focus on female composers and many excellent performances, this is a series that embraces the beauty and the heartache of being a professional musician.

Tales From the Loop

This series takes us to the fictional town of Mercer, Ohio, which is the location of a Center for Experimental Physics. Kicking off an anthology format, the series takes advantage of its loose premise to introduce its audience to a number of sci-fi possibilities while always returning to its central cast. The experimental format of this show isn’t for everyone, but it will appeal to fans of Lord of the Rings who appreciate being taken on a journey without a clear resolution in sight.