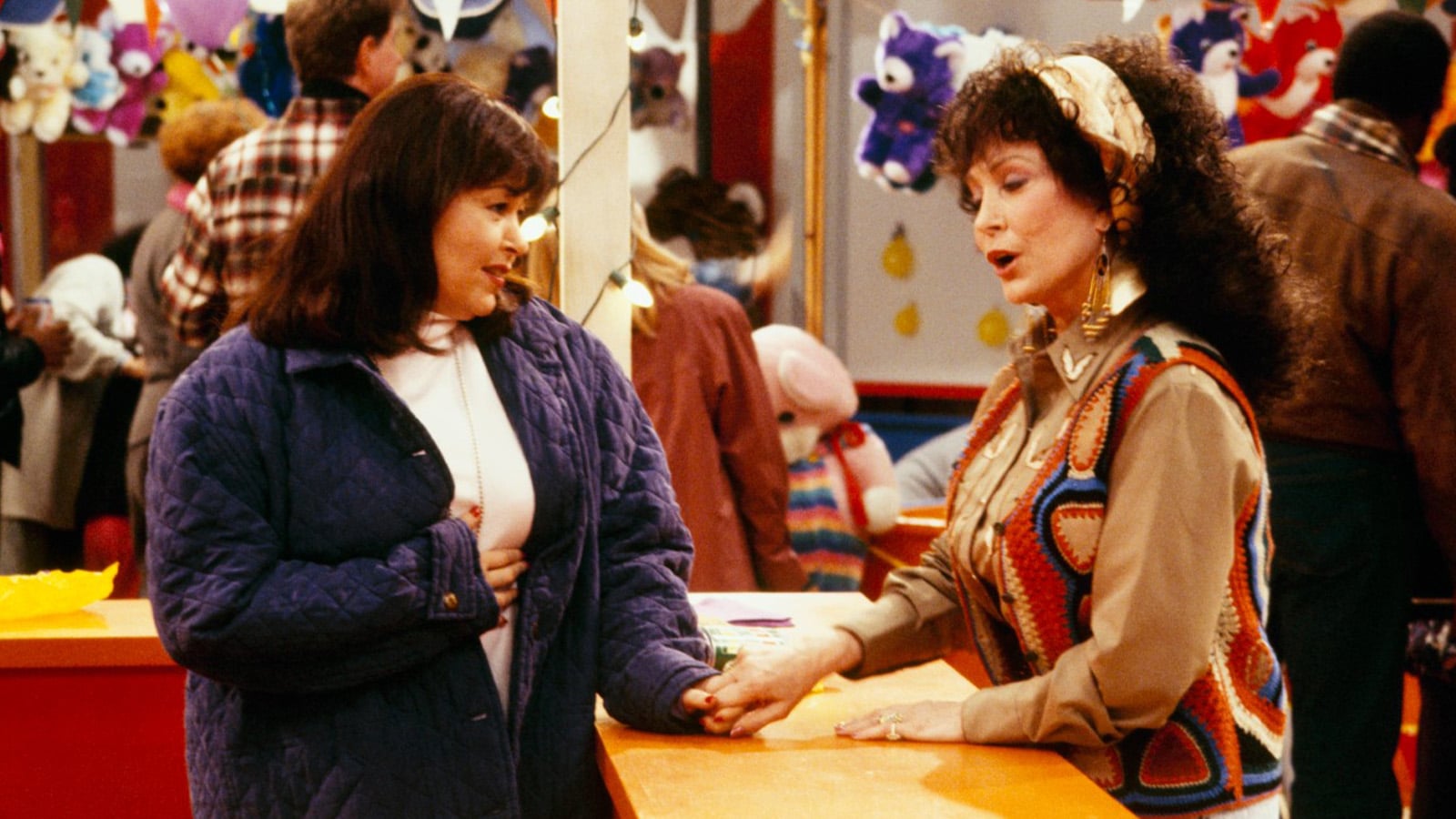 Before Dolly Parton became a new face of country music in the 70s, there was Loretta Lynn, who was progressively thriving at the start of her career. While there are other country music heavyweights with near-equal rights to the throne, three-time Grammy winner Loretta Lynn is an all-time queen.

She was the first woman to win the award for the Country Music Association's entertainer of the year. With her daring style and savage lyrical honesty, the coal miner's daughter revolutionized country music, creating a strong voice for fellow female singers to lean into.

After a successful career that spanned over six decades, she passed away on October 4th, 2022 – aforementioned country musician Dolly Parton and other peers led tributes to her in the following days. And although the legend may be gone, her legacy lives on through her art. Here, we explore ten of her groundbreaking hits.

Don't Come Home A-Drinkin' (With Lovin' on Your Mind) was Lynn's first number-one song and one of her most notable hits. Co-written by her sister, fellow country singer Peggy Sue, the song features harmonious background vocals from the Jordanaires.

Lynn took no prisoners writing a song based on her own life and marriage to Oliver “Doolittle” Lynn, who doubled as her manager. The song is about a woman sick and tired of her debaucherous husband, who comes home every night expecting to get some loving from her.

And because she (Lynn) was a woman who wasn't afraid to speak up, this was the first in a long line of controversial singles.

Her witty track, “Fist City,” was an austere yet antic warning to a woman who went around town bragging about loving her man. She acknowledges that although her husband isn't a saint, she better steer clear of him or (Lynn describes in vivid details) she will get beat up.

Fist City was an incentive for women and inspired other artists who took to their music to address thirsty mistresses – or even potential ones. Dolly Parton, for instance – who referred to Lynn as her sister in social media tribute – released “Jolene” in 1974, about a bombshell bank teller who eyed her husband.

“You Ain't Woman Enough (To Take My Man)” may not have been about Lynn's personal experience, but a true story inspired it. A fan at one of her concerts confided in her backstage about another woman attempting to steal her husband. It resulted in the ten-minute-written art in which Lynn flippantly dismissed the other woman, but not without ridicule.

“Sometimes a man's caught lookin' / at things that he don't need / He took a second look at you / but he's in love with me,” the singer wins the fight. And in good ol' country girl fashion, the “Fist City” crooner promises that it's only “over her dead body” that she can take her man.

The feminist anthem became one of the biggest hits of her career, peaking at number two on the Billboard Hot Country Singles chart.

“Coal Miner's Daughter” is a huge staple of Lynn's career, based on her childhood. The autobiographical song describes her early years in Butcher Hollow during the Great Depression. She paints a picture of a family living hand-to-mouth. Of a father working hard as a coal miner to provide materialistically, physically, and emotionally for a family of eight children, and a mother toiling tirelessly and heartily on mundane chores.

It peaked at number one on the Billboard Hot Country Singles chart and is regarded as her most famous hit to date. There have been many recorded renditions – a most notable one by Sissy Spacek for the 1980 musical biopic Coal Miner's Daughter.

This Shel Silverstein jim-dandy country tune with a fun, singalong melody features on an album of the same title. The song sees Lynn as a distressed, pregnant woman trapped in a busy, dreary existence in contrast to the glamour and gaiety of the high social society.

“One's on the Way” is a comical reflection on early motherhood and the haul of her lackluster life, unlike the life of icons like Elizabeth Taylor and Debbie Reynolds. She also references First Lady Jacqueline Kennedy (Jackie), whose name she would, in later years, substitute with First Lady Michelle Obama during performances. Lynn, representing a woman with one on the way, ends the song with a sigh, “Oh gee, I hope it ain't twins again.” Ironically, Lynn's last two children were twins.

“Rated ‘X',” another of Lynn's highly controversial and feminist number-one tracks, is one of the most significant songs in country music. It was often performed by Jack White of rock band The White Stripes, who regards the country star as the greatest female singer-songwriter of the 20th century.

The track speaks of a woman's harsh realities in society after she gets divorced. “Divorce is the key to bein' loose and free / So you're gonna be talked about,” she sings in the first verse. And towards the end, “But I think it's wrong to judge every picture / If a cheap camera makes a mistake.”

“Rated ‘X'” remains one of her most notable and greatest hits despite the controversy- for how it brutally tackles a major social issue.

This right here is the alpha of her controversial pack of singles. Featuring on her album, Back to the Country, it is a song about abortion pills. Lynn describes a woman tired of getting pregnant every year for a man who promised her the world – a world that ends up being “a bed and a hospital bill.”

She celebrates her newfound freedom, throwing out her maternity dress, and opting for “hot pants and fancy frills.” The most important message was that she was now in charge of her reproductive choices and her entire body. “The Pill” gave voice to many voiceless, oppressed women of early society.

It was written by Lorene Allen, T. D. Bayless, Don McHan, and Loretta Lynn. Some radio stations banned it from airing because of its central theme and social connotations – especially back then in less liberal times. Regardless, it achieved mainstream success and became one of her signature songs.

“I'm a Honky Tonk Girl” was the debut single from Loretta Lynn. A woman she met in a club, who, in a drunken, hysterical fit, confided in her about her husband leaving her for another woman, inspired the track. Lynn then wrote the song in twenty minutes.

Lynn's husband, Doolittle, who gifted her her first guitar, helped promote it across radio stations, which largely contributed to the single's success. Asides from other musicians who have recorded it, Sissy Spacek covered the song for the 1980 biopic Coal Miner's Daughter.

Unlike the usual blithesome gait of her music, we get a glimpse of a tender, vulnerable Lynn as she softly appeals to “Dear Uncle Sam.” Inspired by the Vietnam War, she croons about her lover, who was called off to fight for their country.

“You said you really need him / but you don't need him like I do,” she sings. Her music took off on what would become her brazen popular style, addressing another controversial topic: war. It ends with her “shaking” as she reads the telegram she received from Uncle Sam.

“Dear Uncle Sam,” on her album I Like ‘Em Country, was her second hit and peaked at number four on the Billboard chart.

One thing Loretta Lynn never failed to do was boast of her ability to cater to and satisfy her man. “Yes, he knows I love to love him and I know how,” she repeatedly states throughout the song, her soft Kentucky voice tangy with pride.

“I Know How” is the lead single on her compilation album, Loretta Lynn Writes ‘Em and Sings ‘Em. Produced by Owen Bradley, whom she had worked with on countless occasions, it peaked at number four on the Billboard chart.

Best Horror Anthology Films and Where to Stream Them