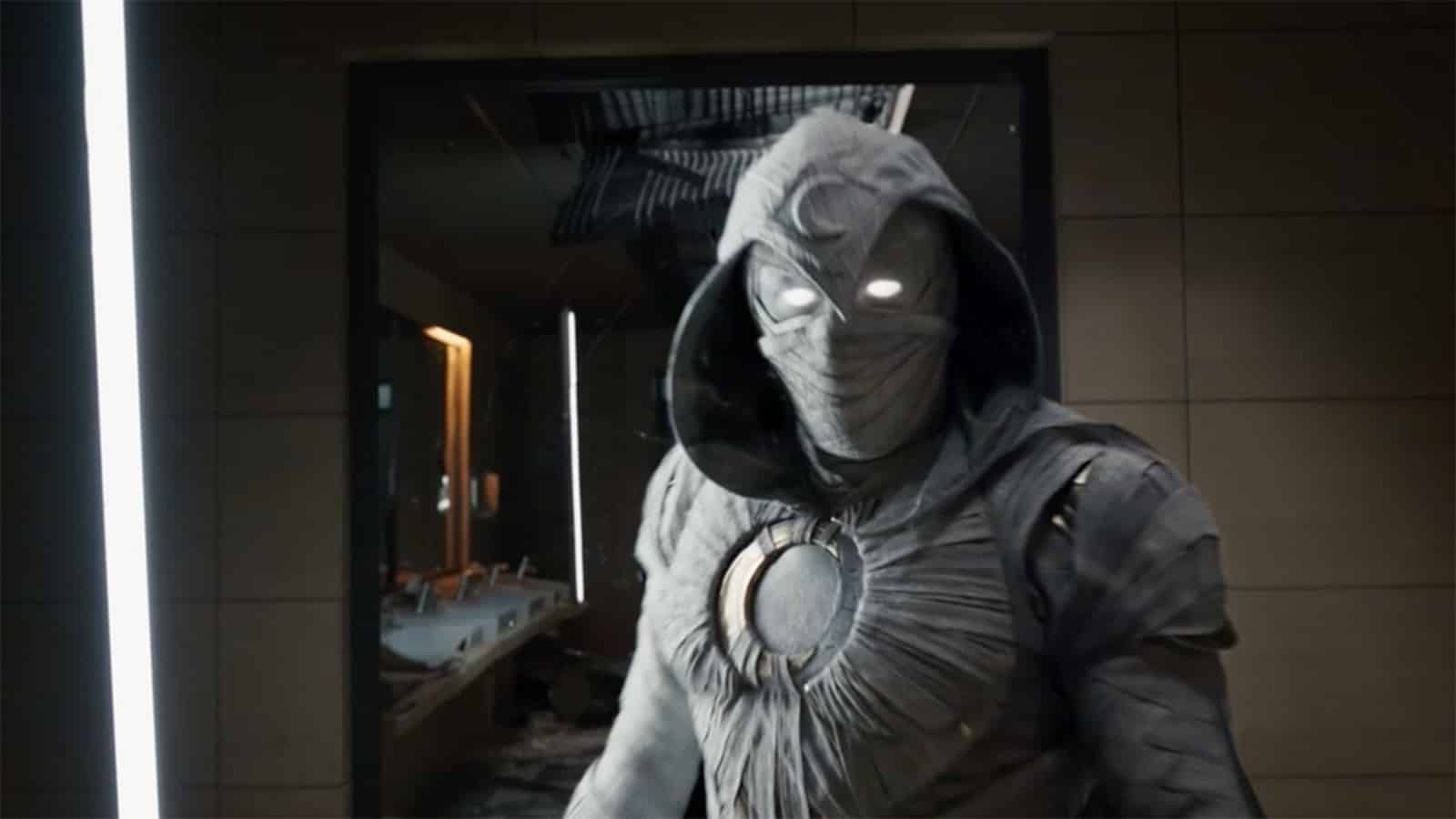 Moon Knight is the latest Marvel show to hit Disney+ and during the press conference, the cast and creators dove into making of the series. They discussed the creation of both the Moon Knight and Mr. Knight suits, filming on location in the desert, how Oscar Isaac was literally playing opposite himself, and why Ethan Hawke signed on without even reading the script.

Bringing Moon Knight to the Mcu

There are many characters who have crossed over from Marvel comics to the Marvel Cinematic Universe already, but why is it time for Moon Knight to join those ranks? Executive Producer Grant Curtis says that Moon Knight has been on Kevin Feige’s radar from day one.

The character first appeared in Werewolf by Night in 1975.  Then he bounced around in the Marvel Universe for the next five years, and he got his own offering in 1980.

“When you look at years and decades of storytelling, as the great storytellers and artists on the Moon Knight pages have been doing, this was a natural progression — a merger into the Marvel Cinematic Universe. When you look at Disney+ and needing a broader canvas to tell this incredible story, March 30th, the audience will see it, and this was the perfect time to drop into the universe.” – Grant Curtis

Moon Knight Director Mohamed Diab revealed during the interview that he was extremely thankful for both Oscar Isaac and Ethan Hawke, but he wanted to be sure to give Hawke some extra thanks for trusting them. Hawke confirmed that he signed on for the project without reading the script, which is something he hasn’t done in 35 years.

Diab knows that Hawke is a great and legendary actor, and to be joining the superhero world is huge, but he was very happy when Hawke agreed to the series without reading the script. Diab took a chance and asked him to please trust him, and trust Marvel. “Not that the script is bad, but when you work with him, you have to get from him.”

Hawke adds that in his experience, when working with a huge budget, there’s a tremendous amount of fear associated. The people in charge are controlling and that reduces the creativity. Marvel was the opposite of that. During conversations with Oscar Isaac and Mohamed Diab he was promised this would not be the case, and that it would be a collaborative effort.

He compares it to a kitchen — yes, they are going to cook in Marvel’s kitchen, but if they stay in Marvel’s kitchen, they can do what they want. “There was a lot of playfulness and a lot of willingness to fail and a lot of willingness to have bad ideas. Because you can’t find a great idea if we don’t say some dumb ones and make mistakes.” In the end, he is happy that he signed on, even if it meant not reading the script first.

Filming in the Desert

Marvel is known for using a lot of green screen, something that Ethan Hawke admits was really fun about this role, which was unexpected. But Moon Knight spent a lot of time filming on location, in the Jordanian desert, which had the cast over the moon (pardon the pun).

Hawke says when he was in the desert filming, he felt a connection to the cinema history of the desert. He was literally standing where Lawrence of Arabia was shot, and he recalls just how incredible that was.

Director Aaron Moorhead adds that being from Florida, he never really expected to see places like the Dead Sea, but when scouting locations for filming, he teared up when looking at it. He knew it existed, of course, but has mythologized it in his head. So, it was a great experience to get to film there.

In Moon Knight, Oscar Isaac plays a man with dissociative identity disorder, which means he takes on several different personas throughout the series. There is Steven Grant, the soft-spoken museum gift shop worker, and Marc Spector the brutal mercenary. Of course, he is also Moon Knight and Mr. Knight. In Marvel comic books, there is a third personality and while are unsure Jake Lockley will show up, we can certainly hope.

When preparing for this role, Isaac says he enlisted his brother’s help. Michael Hernandez shares the same DNA as him, making it easier to picture that he is playing opposite himself. He says his brother was all in, even doing the different accents when they were going back and forth.

“Something that I didn't anticipate is how technically demanding that was going to be. Having to show up and decide which character I was going to play first.  And then try to block that out, give my brother notes, and then do the scene, and then switch characters, and then figure it out.  The most fun thing about acting is acting opposite somebody and letting something spontaneous happen that you didn't expect.  But there wasn't really an opportunity to do that and still having to try to find what makes it feel spontaneous and not all planned out.  So that was challenging.” – Oscar Isaac

May Calamawy‘s character Layla has a different relationship with Steven Grant than she does Marc Spector. When asked about what this dynamic on set was like, she says that Oscar was a big acting teacher for her all throughout filming and that on set he very much was these two different people. So much so that she wouldn’t even have to ask him who he was playing.

“With Marc, I would find myself more guarded. With Steven, I’d feel more nurturing. And there was no intellect or thought process involved in it. It was just visceral, and it was so fun to work with [Oscar] and experience that.” – May Calamawy

There are two very iconic looks from Marvel comic books that fans will see in Moon Knight. That is Moon Knight’s suit, as well as the Mr. Knight suit — which is completely different. Executive Producer Grant Curtis explains that when bringing in a team to translate the looks from page to screen, it really is the best idea wins. For this show, the best idea was bringing in both the Mr. Knight and the Moon Knight costumes.

“It was an investigation and a collaboration,” adds Oscar Isaac, “I think that was what was so exciting.” He goes on to explain that there was a moment when Marc was Mr. Knight and Steven was Moon Knight. But the more they talked about things and tried to connect it all, that switched.

“You always think—why work with one mind when you can work with 50, you know? And it really showed in that suit. Everyone loves how different from all the other Marvel shows. It’s beautiful.” – Director Mohamed Diab

Are You Ready To Try Career Polygamy?