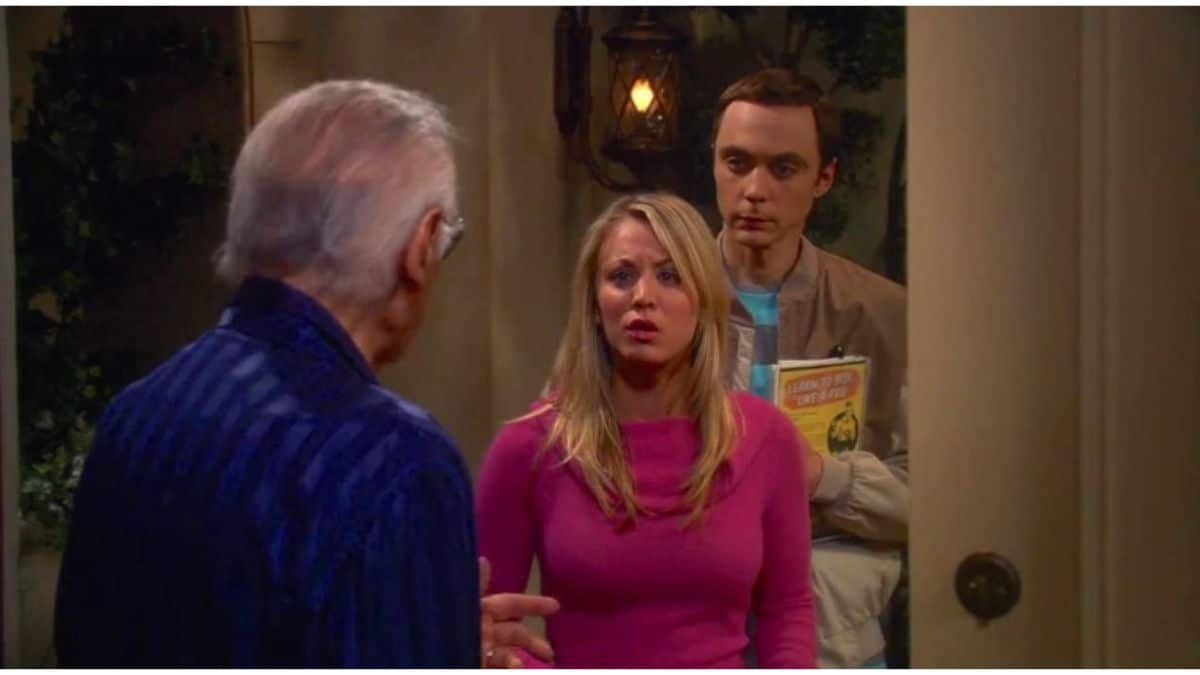 Do you think Penny from The Big Bang Theory (TBBT) has annoying moments in the show? You're not alone. Recently someone asked, “Any moments in the show where Penny made you mad or annoyed? For example, sometimes I'm annoyed with how she treats Leonard.” Here are the top-voted responses.

One user volunteered, “When her ex-boyfriend Zach offered her a job to work with him. She was considering it because she was unhappy with pharmaceuticals. But watching how uncomfortable it made Leonard was hard. I loved it when Zach said his girlfriend thought it was a stupid idea.”

Another said, “When she breaks up with Leonard just because he said I love you. I agree that she was not in the same phase in that relationship as Leonard. Still, instead of getting mad at him, maybe she should've tried to make him understand her perspective. But instead of that, she breaks up with him when Leonard asks for a simple explanation. Other than this, I love Penny.”

One user added, “Also, the one where she's not open to reading a book about how psychics are scammers but makes Leonard go to her psychic. It's my least favorite of her character in The Big Bang Theory.”

CelebrationAwkward39 volunteered, “The TBBT episode where she takes food off Sheldon's plate….like my god, they probably bought you the food, plus you take someone else's.”

Another added, “It's worse considering that she gets mad that he doesn't want her in HIS apartment. So then she proceeds to screw with his OCD and food (as her customer). And then calls his mother. The whole thing made me angry. So she gets to mooch his food and wifi and gets mad about it?? What gives?”

Andierosas responded, “When she found out that she married Zack in Las Vegas and then was being a jerk to Leonard, who was understandably annoyed but still trying to fix it.” However, Bad_Becky argued, “I honestly thought Leonard was the jerk in that episode.” Others agreed with both views.

Kabovetti answered, “The episode where Penny pushed the driving violation onto Sheldon. After driving her to the ER after she dislocated her shoulder, she tried to lie about it. She assumed he would pay the ticket and made a very off-color joke about writing him a check she never wanted him to cash.”

They concluded, “Sheldon rarely does completely selfless things, and to do that to him when he rescued her and took himself out of his comfort zone in every way REALLY angered me!!!” Sheldon missed an opportunity to get Stan Lee‘s autograph in this episode too.

Some people responded, “When she secretly was sneaking Leonard's collectibles into storage. LightOfficialYT agreed, “Right? Like my collectibles are worth hundreds, some thousands. That's cause to break up, in my opinion. I wouldn't stand for that.”

However, Woo545 argued, “The fact that Penny was able to accomplish this and Leonard did not notice might be a sign that he has too many. Or an unhealthy obsession or an issue with impulse buying.

One person answered, “When she invites her ex to stay on her couch without even talking to Leonard.” However, Source-commonsense argued, “It wasn't Leonard's decision—as someone who values my independence, I would chafe at Leonard's reaction, too.”

Finally, a user replied, “Correct, it was in no way his decision. But he was entitled to know about it and voice his feelings. Not understanding his feelings or considering them was a crummy thing.”

Several users answered, “Valentine's Day.” The incident happens in “The Tangible Affection Proof.” Leonard tries to have a romantic evening, but Penny is distracted by her ex and the girl he cheated on her with, Gretchen. She decides that she and Leonard will outshine them, but her ex proposes, and Leonard gets down on his knee; Penny calls him up.

At the apartment, Penny admits that she has commitment issues and is so happy with Leonard that there is a fear of things going wrong or saying yes to forever. Leonard agrees he will never propose to Penny again and wait for her to get down on her knee, bring flowers, and sweep him off his feet.

Finally, one user's number one voted response. “The episode where she complains about the lack of effort Leonard has been putting into their relationship. It irks me because Leonard always has put the most effort in for her to turn around and say that got to me. Maybe that's just how she felt, but given the history of their relationship.”

They elaborated, “He's even consistent with it in later seasons. For example, when he bakes Penny a cake, so she doesn't feel like she's missing out as everyone progresses with their lives. All the more reason why it baffles me.”

Lastly, a user admitted she loved Penny and agreed with Amy from the show before quoting her. “What baffles me is what you possibly could've put on the list… Hair too golden? Laugh too musical? Is the world too much a better place for her mere presence in it?”

What do you think? Did Reddit get this list of annoying Penny Hofstadter, right, or is there something far worse deserving of a spot on this list? Check out The Big Bang Theory episodes people skip on the re-watch.

10 Awesome Movies With Sequels That Never Happened But Should