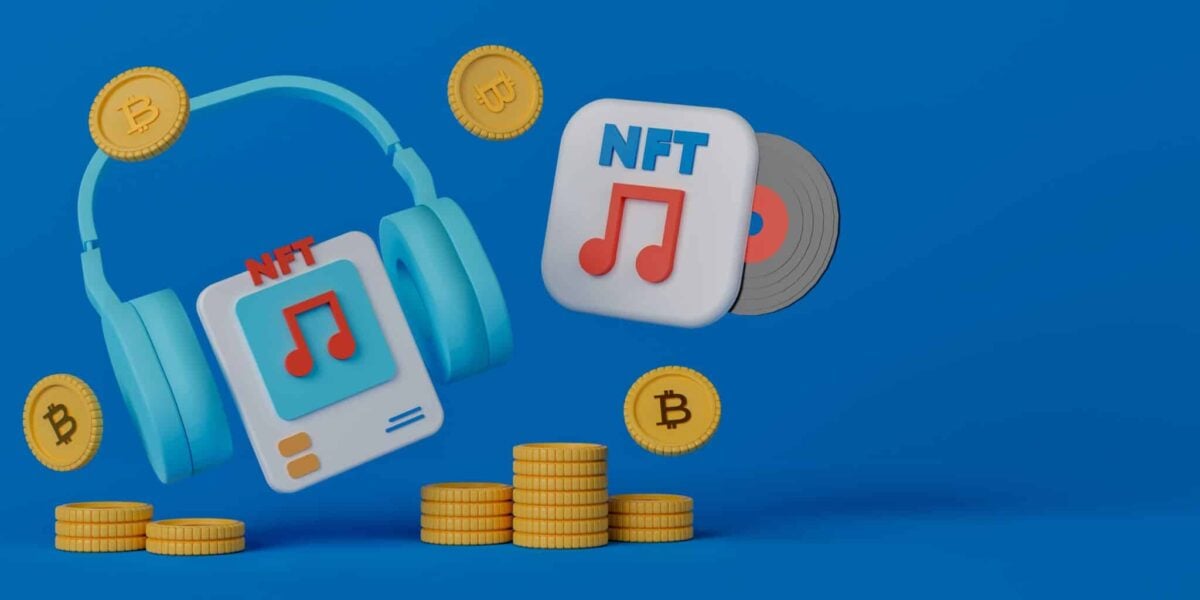 Non-fungible tokens (NFTs) were undoubtedly the “next big thing” in 2021. Though we may currently be in a bear market, 2022 has continued the momentum of last year with more NFT partnerships and use cases announced.

So, what's with all the hype? Celebrities, brands, sports teams, and gamers are minting one-of-a-kind NFTs, but you're not alone if you're wondering what all the fuss is about.

NFTs are unique tokens that act like collectors' items (but they never get dusty). They can also give you access to events, game upgrades, and more. NFTs herald the dawn of a new age of art, where digital artists can work with algorithms and code to create unique assets.

Whether you create or buy NFTs, you may just hit the jackpot and find yourself the owner of a digital asset in high demand and fetching millions of dollars. To help you understand the world of high-value NFTs, we've put together this list breaking down the most expensive NFTs as of 2022.

The Most Expensive NFTs

Save Thousands of Lives is an NFT created by Noora Health. This organization serves at-risk patients in South Asia. In May 2021, the artwork sold for a staggering 1337 ETH or $4.5 million. The revenue went to the organization's effort to save babies' lives. Noora Health estimated that with each $1,235 raised, it could “save one life (and improve several more).”

This Changed Everything is an NFT of the source code for one of the first iterations of the World Wide Web. It was sold to an anonymous customer for $5.4 million via Sotheby's art marketplace on June 30, 2021.

The NFT came with a letter from Sir Timothy John Berners-Lee, an English computer scientist, and internet pioneer. It also came with a digital poster of his code and time-stamped documents documenting the history of the internet from its earliest days.

Better known by his creative alias Beeple, Mike Winkelmann produced the animated NFT Crossroad. It shows a giant former U.S. President Donald Trump lying in a field while onlookers casually pass by. It was sold for $6.6 million on Nifty Gateway in February 2021, and the transaction closed on the secondary market.

Right-click and Save As Guy is an NFT image that sold for 1,600 ETH, or $7.09 million, on the decentralized marketplace Superrare on December 10 to “Comozo de Medici.” The buyer was none other than the one-and-only hip hop legend, global celebrity, and now NFT hype man and owner, Snoop Dogg.

The CryptoPunks, an NFT collection based on the Ethereum blockchain, consists of randomly produced characters. CryptoPunk #3100 is one of the most expensive Alien Punks sold to date. #3100 is a blue and white Alien with a headband. Only 406 of the 10,000 CryptoPunks wear a headband, making it a rare feature. #3100 was first released in 2017 and gained popularity after a $2 million bid in March 2021. It eventually sold for $7.58 million later that month. The NFT is now on the market for 35000 ETH, or over $100 million.

CryptoPunk #7523, popularly known as “Covid Alien,” was sold for $11.75 million at Sotheby's in London in June 2021. That made it the most expensive CryptoPunk ever sold at the time. This NFT was one of nine “Alien Punks,” a group of highly unusual aliens.

Beeple developed the art piece Human One, a dynamic, seven-foot-tall sculpture. It features an astronaut roaming through various locations and can be altered by the artist. Beeple has committed to “upgrading” the Human One throughout his lifespan, ensuring that the art will never remain stagnant. At the auction house Christie's, the concept drew much interest from buyers. Crypto billionaire Ryan Zurrer snagged the artwork for $29,985,000 on December 9, 2021.

Beeple created the NFT artwork Everydays: The First 5000 Days on February 21, 2021. Christie's auctioned the artwork with conventional buyers placing an opening bid of around $100. Crypto aficionados quickly made higher offers, and the piece skyrocketed to more than $1 million in less than an hour. Everydays: The First 5000 Days is significant in the NFT community since it introduced mainstream audiences to the concept of non-fungible assets. It's also the most expensive single NFT sale of all time, trailing only The Merge, collectively owned by thousands of holders.

Fun fact: MetaKovan, the artist, purchased the piece of art out of the belief that everyone should be able to download and copy the expensive artwork. MetaKovan, the pseudonymous founder of NFT investment fund Metapurse, believes in freedom of information.

Pak, an anonymous digital artist, produced The Merge as a computer artwork. It was auctioned for $91.8 million on NFT decentralized marketplace Nifty Gateway on December 6, 2021. The piece, however, was fractionalized into 312,686 pieces and sold to 28,983 people.

These pieces, or “masses,” can be stored and sold on a secondary market in larger quantities. The entire amount spent on the transaction was $91.8 million, making it the most expensive NFT ever sold.

Amanda is a professional writer who is passionate about helping people share their vision with more audiences using SEO, data, and storytelling. She often writes about cryptocurrency, fintech, politics, and the law. Her background is in policy and research, with a degree from NYU and certifications from Harvard, Google, and more. When not writing, Amanda enjoys painting, dancing, and playing chess.

Our Favorite Stocks Under $49: Stock Up On These Stocks During Times Of Stock Market Volatility