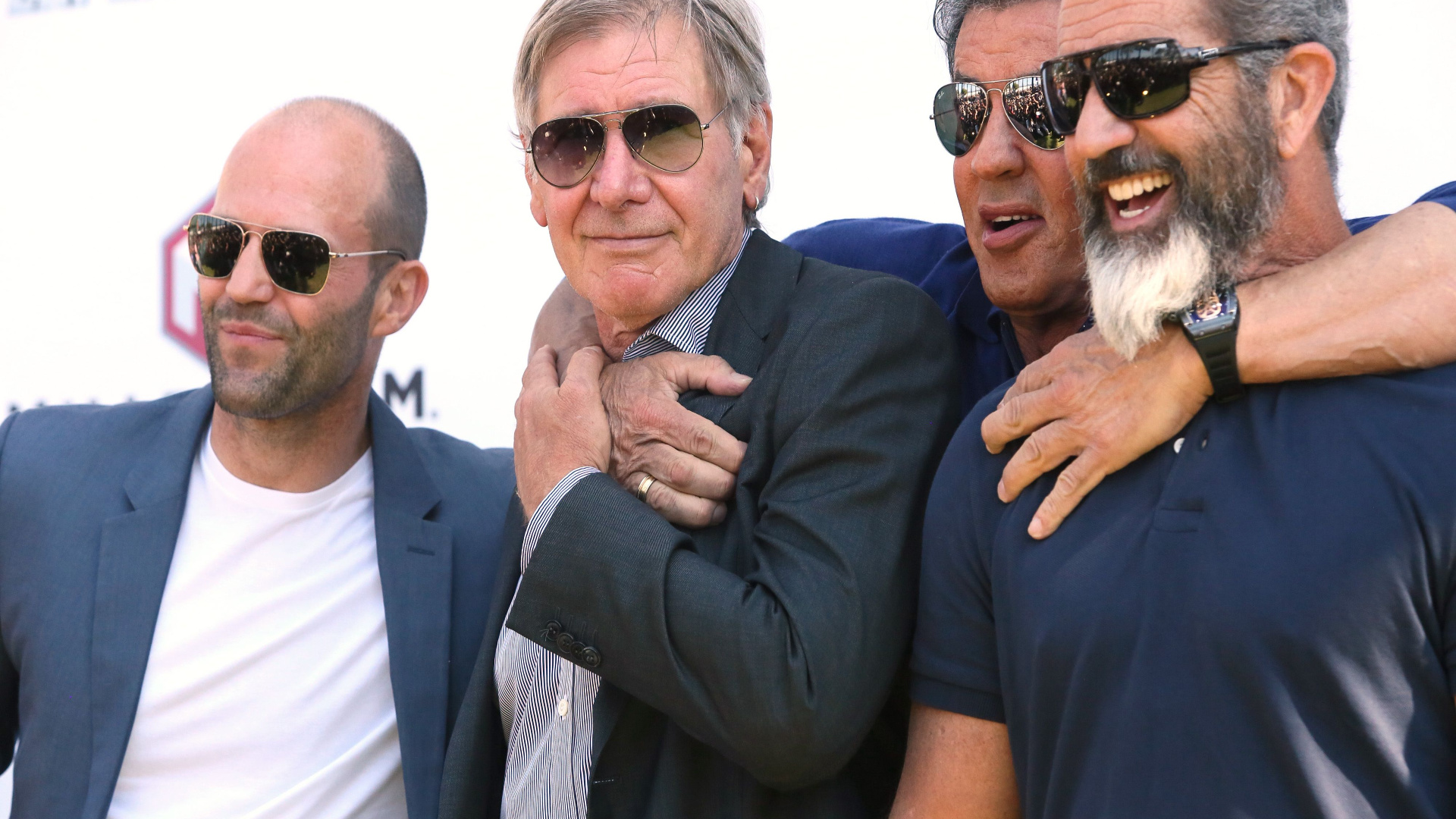 Some of the best movies of all time could have turned out much, much different if the original actors wanted for those famous roles were cast. Find out which actors turned down these infamous roles in the following ten movies.

Pick your favorite movie of all time. Chances are, you can't imagine anyone else playing the starring role. What if someone else had gotten the part? Would it still be your favorite of all time? Probably not. In fact, most major movie roles have gone through at least one or two actor changes before they could make the movie. Everything from scheduling conflicts to differences of opinion has caused actors to turn down significant roles.

Movies like Batman, Lord of the Rings, and Edward Scissorhands would have been strikingly different if leading men hadn't turned down the major character roles. So, for the movie lover in all of us, here's a list of the top ten major movie roles turned down by notable actors.

When director Ivan Reitman got his hands on this massive cult classic from 1984, he knew who he wanted to play the Keymaster. John Candy. Known well for his raucous comedy, Candy wanted the notable key master to have a German accent. Reitman, who wrote the role with Candy in mind, couldn't get his head around Candy's vision for the part.

Eventually, the role went to the one and only Rick Moranis, who made the key master just who he was supposed to be all along. Candy didn't seem to suffer from regret, though, and went on to have a great career before his untimely death in 1994.

Ghostbusters also lost out on Eddie Murphy, who would have played Winston. Murphy, who starred in Beverly Hills Cop at the same time, had this to say about the role and his acting career.

“Yes, but I did Beverly Hills Cop. It wasn't like I turned it down as much as I wasn't available because I was doing this other movie. The only movie I ever turned down that was a big hit was Who Framed Roger Rabbit. I was going to be the Bob Hoskins dude. And I was like, ‘What? Animation and people? That sounds like bullsh*t to me. Now every time I see it, I feel like an idiot.”

While Reese Witherspoon played a perfect Elle Woods in Legally Blonde-she wasn't the only actress to be considered for the part. At one time, Elle Woods would have looked a whole lot like Christina Applegate. But, coming off playing a ditzy blonde in Married with Children, Applegate didn't want to get ‘boxed in' by the ‘dumb' blonde stereotype and was afraid her career would suffer. So, she turned down the role.

She had this to say about it afterward. “I don't regret it because Reese Witherspoon did a much better job than I ever could … and she has now way more money than I do and way more success. And so why would I even regret that?”

Applegate can't cut herself too short. The breast cancer survivor, who underwent a double mastectomy, has some fantastic roles to her name. Don't Tell Mom the Babysitter's Dead, Anchorman: The Legend of Ron Burgundy, and Friends, just to name a few.

One of the most notable sci-fi fantasy trilogies to ever grace the big screen is that of The Matrix, which rocketed Keanu Reeves from stardom to superstardom. But Reeves wasn't the only one to audition for the role.

Will Smith, also a household name, was nearly The One and would have made a unique Neo had he taken the part. Smith, who understands his own limitations, had this to say about the role. “The Matrix is a difficult concept to pitch. In the pitch, I just didn't see it. I watched Keanu's performance — and very rarely do I say this — but I would have messed it up. At that point, I wasn't smart enough as an actor to let the movie be.”

7) Silence of the Lambs

Usually, producers and directors have an idea of who they want to play a role when a movie or TV show comes about. However, offering it to someone they don't ‘see' in the part can be challenging to say the least.

In the iconic classic Silence of the Lambs, which starred Jodie Foster alongside Anthony Hopkins, Foster wasn't director Johnathan Demme's first choice by a long shot. Only after Michelle Pfeiffer turned down the role and after producers worked him over did Demme offer the part of Clarice Starling to Foster. So moving was her performance that Demme named his production company “Strong Heart Productions” after Foster's character portrayal, which consequently won her an Oscar.

Pfeiffer wasn't thrilled with the script for Silence of the Lambs, saying this: “With Silence of the Lambs, I was trepidatious,” she said. “There was such evil in that film. It was that evil won in the end, that at the end of that film, evil ruled out. I was uncomfortable with that ending. I didn't want to put that out into the world.”

If ever a comedy needed Billy Crystal, it is When Harry Met Sally. This rom-com classic is about the inner workings of relationships, fraught with all the simplistic and complicated mess they are.

But Harry was almost played by Albert Brooks, who is funny and fit for the role in his own right. The wording of the script turned Brooks off from starring in the role, however. “It read to me like a Woody Allen movie, verbatim,” Brooks said. “And I thought that was not something I should be in.”

If Harrison Ford's Han Solo wasn't quite your cup of tea, you could blame Al Pacino, who turned down the role because he failed to grasp the script. It wasn't the only role Pacino passed up either. The notable actor from Scarface also turned down Ted Kramer from Kramer v. Kramer and Edward Lewis in Pretty Woman.

He said this about the roles he's turned down. “There is a museum of mistakes, all the movies I rejected.”

There's no argument that Al Pacino made The Godfather, but he wasn't the first or only prospect to play Michael Corleone. Jack Nicholson, one actor to turn down the role, said this about Michael Corleone.

“Back then, I believed Indians should play Indians and Italians should play Italians … There were a lot of actors who could have played Michael, myself included, but Al Pacino was Michael Corleone. I can't think of a better compliment to pay him.”

This action-packed movie about Spartan gladiators in Rome would have looked much different if Mel Gibson had accepted the role. The rumor is that he turned it down, however, feeling he was too old to play the Roman, Maximus. Despite being only 43 then, Gibson went on to other projects like Passion of the Christ, which is up there with Gibson's most memorable works.

Russell Crowe went on to play the lead in this film, perhaps forecasting his latest turn as Zeus in Thor: Love & Thunder.

Jerry McGuire wouldn't be the same without the antics of Tom Cruise, but the role was initially written with Tom Hanks in mind. The seasoned actor had a scheduling conflict that caused him to turn the part down. Still, Hanks had no hard feelings about the conflict.

“I think you look at it now, and it couldn't be anybody other than Tom Cruise. It's the way the movie's operated. I don't think anybody would look at that now and say, ‘That movie was not perfect.'”

David Carradine won this infamous role from Quentin Tarantino when Warren Beatty withdrew. Concerned about the extended shooting in China, Beatty chose to stay close to home and gave up the starring part.

Tarantino had this to say about Warren's choice. “Warren was a good choice and would have been wonderful in the movie.”

No matter your favorite must-watch movie, it's likely that the actor who played the starring role wasn't originally going to be cast. This list isn't comprehensive by any means, but it's safe to say that the roles turned out exactly how they were meant to, and not one would change for the better.

The Freest Countries in the World, Ranked