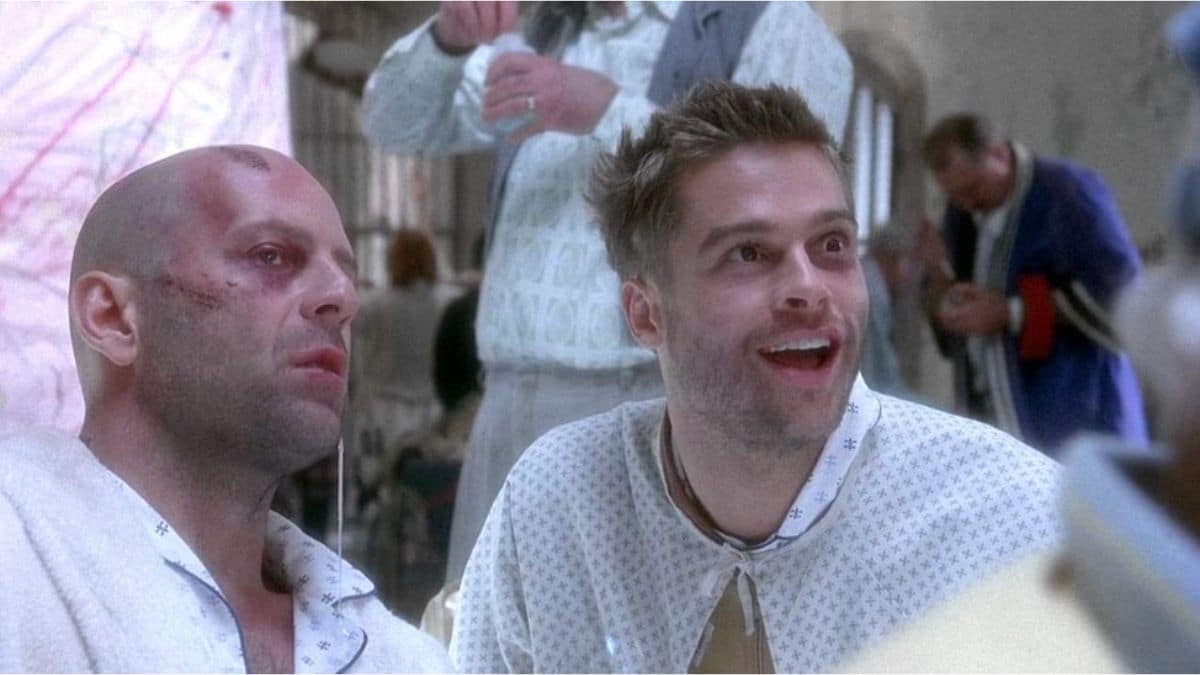 Are you searching for unusual movies about how the world ends? You've got company. Recently someone asked, “Hello, I was looking for some apocalypse-type movies, either pre or post. I am looking for ones more about human nature than full-on action films.” The internet responded y delivering this list of incredible apocalyptic movies.

Carriers is a post-apocalyptic movie following a pandemic that is wiping out humanity and the four survivors who attempt to stay alive amid the everlasting threat of becoming infected. It stars Lou Taylor Pucci, Piper Perabo, Chris Pine, and Emily VanCamp.

Take Shelter is a psychological thriller following a husband and father (Michael Shannon) plagued by apocalyptic visions. He debates whether to shelter his family from the storm or distance himself as he grows suspicious about the possibility of having paranoid schizophrenia. It co-stars Jessica Chastain.

Last Night is a Canadian apocalyptic black comedy-drama following a group of various Toronto citizens anxiously awaiting the end of the world. Then, at midnight, they will discover the reasons for the Earth's demise. It stars Don McKellar, Sandra Oh, and Callum Keith Rennie.

12 Monkeys is a science fiction film following a prisoner (Bruce Willis) in the 2030s recruited to return to the 1990s to gather information about a plague that wipes most of humanity. It co-stars Madeleine Stowe and Brad Pitt. “Was looking for this one—terrific movie, with a nice twist ending,” shared one Redditor.

“What a gem of a movie that turned out to be. I'd never thought an end-of-the-world asteroid movie with Gerald Butler starring would be one of the better movies these past few years,” a user admitted.

The Quiet Earth is a New Zealand post-apocalyptic science fiction movie following a scientist who believes he is the last person on the planet after everyone else vanished overnight. Eventually, he meets two other survivors, and they set out to unearth what happened. It stars Bruno Lawrence, Alison Routledge, and Peter Smith.

This Is the End is an apocalyptic comedy following Starring James Franco, Jonah Hill, Seth Rogen, Danny McBride, Jay Baruchel, Craig Robinson, Michael Cera, and Emma Watson, playing fictionalized versions of themselves amid a global biblical apocalypse. One user said, “I came here to say this, and in its humor, it does very much explore the idea of human nature!”

Melancholia is an apocalyptic drama art film following two sisters, one of whom marries right before a rogue planet is about to collide with Earth. It stars Kirsten Dunst, Charlotte Gainsbourg, and Kiefer Sutherland.

One user admitted, “This one was so unsettling to me. It gave me some severe anxiety. The crushing sense of impending doom and hopelessness was so overwhelming to me. I get anxious even thinking about it, lol. As someone else said, Lars VonTrier is undoubtedly an acquired taste.”

What do you think? Did Reddit nail this list of unusual apocalyptic movies, or is something missing from this list? Check out these other end-of-the-world films for more disasters.

10 Rad Movies From the 80s You’ve Forgotten About