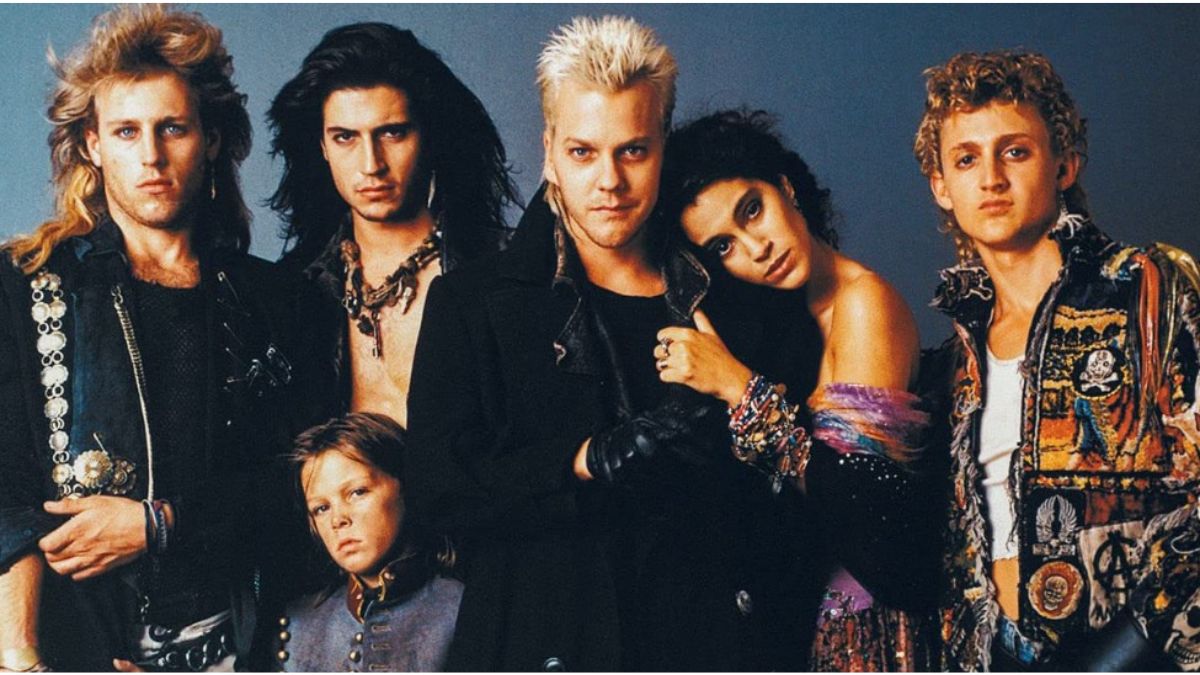 Reddito u/SR_RSMITH asked for “80s movies like The Goonies.” He elaborated, “Hi, guys. I'm a fan of The Goonies, and despite its popularity, I'm finding it hard to find more movies from that decade with a similar basic plot.”

They continued, “I'm searching for a bunch of kids/teens going on an adventure trip. These are the ones I've found so far Stand By Me, Explorers, and The Land Before Time. Any more ideas?” Reddit responded, and these are the ten top-voted films that give out major Goonies vibes and are full of adventure.

The Rescue is a classic 1980s adventure film. After a team of Navy SEALs is captured by enemy forces and written off as collateral, their teenagers decide to launch a rescue mission of their own. Redditor Naellig concurred, “I like “the rescue.” It's about a bunch of army brats going to save their POW dads in North Korea. Classic 80s war movie.”

License to Drive is a classic teen comedy that follows Les Anderson (Corey Haim), a teenager who fails his driving test and doesn't receive his license.

Nonetheless, he has a hot date with Mercedes Lane (Heather Graham), and he decides to borrow his family's prized luxury vehicle to impress her on their date. After Mercedes gets drunk and passes out, Les calls his rebellious friend, Dean (Corey Feldman), to help, and the shenanigans begin.

The Lost Boys is a black comedy 80s vampire cult classic. It tells the story of two brothers who move with their mother to Santa Carla, California. Older brother Michael (Jason Patric) hangs out with a group of mysterious characters and drinks blood that begins “the change.” However, he refuses to kill, so he's not fully transformed.

Younger brother Sam (Corey Haim) believes if they kill the lead vampire, it will stop Michael from becoming a vampire. So he employs the help of the Frog brothers, who are self-proclaimed vampire hunters, and the hunt begins.

Together, they journey through Willow, the war-torn land of monsters and magic, to save a baby princess from death at the hands of an evil queen (Jean Marsh).

Honey, I Shrunk the Kids is a sci-fi comedy following a struggling inventor (Rick Moranis) who accidentally shrinks his and his neighbors' kids down to a quarter-inch.

After he accidentally sweeps them up and throws them away, he dumps them in the outside trash. The four must make their way through the backyard wilderness. However, their size complicates things, and they encounter dangerous insects and artificial hazards.

The Monster Squad is a black comedy horror 1987 cult classic. It tells the tale of five preteens who have an affinity for classic monster movies and call themselves “The Monster Squad.”

They ultimately find themselves among a group of Universal Monsters, including the Gill Man, the Mummy, Frankenstein's Monster, and their dark leader of the night, Count Dracula. The monsters are in town to find a magic amulet, and the youngsters set out to prevent that from happening.

Labyrinth tells the story of a teenager named Sarah (Jennifer Connelly), who wishes her infant half-brother away before embarking on a journey to find him. Her venture takes her through a gigantic, otherworldly maze to rescue her brother from The Goblin King (David Bowie).

Flight of the Navigator is a Disney classic that follows a 12-year-old boy's weird encounter. After awakening from being inadvertently knocked out of a tree, he discovers eight years have passed. However, he's not aged at all, and his family is perplexed. After finding a nearby UFO, a NASA scientist helps the kid unravel his story.

Don't Tell Mom the Babysitter's Dead is a coming-of-age black comedy classic that follows five siblings left home alone for the summer after their evil babysitter croaks. However, the 17-year-old sibling (Christina Applegate) assumes the parental role, and hilarity ensues.

Adventures in Babysitting is an 80s classic American teen comedy film. It follows a babysitter who must battle through the big city after being stranded there with the kids she's looking after. It stars Elisabeth Shue as the babysitter.

Did you enjoy these Reddit picks for movies similar to the 80s classic, The Goonies? Check out these 80s movies that every teenager of today needs to watch immediately.

7 of the Nastiest Jim Halpert TV Moments From the Office