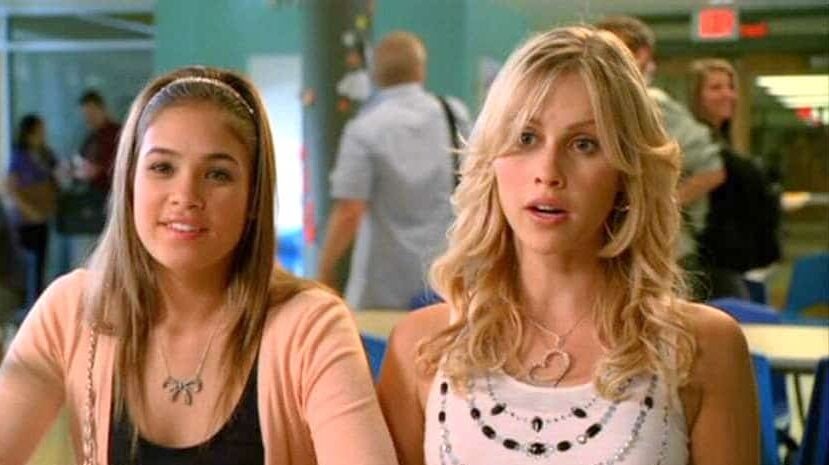 Have you ever sat through an entire movie despite it being terrible? One Reddit user asked, “What is the single worst movie you sat through hoping it would get better but didn't?” The internet responded, and these are twelve movies that people admitted to sitting through to the end.

Katyusha8 posted, “It got worse!” Eutamias21 replied, “‘365 days. It got worse' should have been the tag line for 2020.” JoeCandice posted, “I consider it a parody of the already terrible Fifty Shades of Grey. I was laughing at the music the whole film.”

Cheesyknife wrote, “The movie's climax is him pulling a bagpipe out of a dragon's bum. I was just sitting there like, who approved this?” BeardiTwig replied, “I have never wanted to watch this movie more than right now, but I feel like I'd be left with more questions than answers.”

Robedpillow3761 posted, “For a movie that's called Transformers, they sure do put a huge emphasis on everything EXCEPT them. Optimus is in the movie for about 8 minutes and painfully long.” Another Redditor joked, “I almost walked out watching this movie. I was on a plane.”

Fractite posted, “Nothing happens in the film. I could've watched the paint dry for two hours, and it would've been a more productive use of my time. Super disappointing, especially since the first two films were fairly decent.” A_Proud_Canadian posted, “They didn't finish the series because the rating for it was so bad.”

MelananelaninBarbie remembers, “I thought it was going to be like the first one, ended up with a Walmart version.” HyperWhiteChocolate exclaims, “There's a Mean Girls 2?” One user replied, “Unfortunately.”

Justtkiwi posted, “Y'all ever seen Slender Man? Absolute cr*p! As soon as the credits were rolling in the theater, a guy in the back yelled, “well, that was sugar-honey-iced-tea!” Bigshotshot replied, “I agree, nothing is interesting in that movie. You should rather go watch Marble Hornets on YouTube if you are interested in good Slender Man content!”

I_hate_traveling posted, “What an absolute disaster. A huge disaster that movie was. Disney obliterated the source material and set fire to the hard copy.” StevesMcQueenIsHere said, “I haven't watched Artemis Fowl, but I have thoroughly enjoyed watching Youtube reviewers losing their sugar-honey-iced-tea talking about Artemis Fowl.”

Another Redditor posted, “It's absolute garbage. The husband was watching it. I sat with him for about 10 minutes, then considered asking him to move out.”

One Reddit user said, “That movie is a dumpster fire of epic proportions, but I wanted to see what they did with Doom, so I stayed till the end, but they f***** him up too.” KevinDabstract posted, “The first two were bad in a fun way. The 2015 version was just kinda depressing.” GenericHuman1203934 said, “The first two were cheesy as all heck. I remember loving them as an 8-year-old.”

FreshMarvin posted, “I was a little kid and excited to see the movie since I loved the books. Unfortunately, that movie was arguably the greatest cinematic disappointment of my childhood.” Gusmc135 remembered, “I went to a book signing the author did after Inheritance came out. There was a bit of a Q&A, and someone asked about the movie. He just said, “what movie?”

One Redditor recalls, “I saw this movie at midnight in HS. Everyone dressed up in costume. As the film starts, everyone laughs and is excited about the movie. After the movie, everyone is silent, and someone shouts, ‘What was that?!' Yes, sir, my sentiments exactly!

Another User posted, “It's been ten years, and I still become enraged when I think about it!” I-Exist-Hi shared, “Firebenders suddenly can't produce flames. ALL the names are wrong, and the acting is terrible. Need I continue?”

Darth-Krarn posted, “There were two?” Another Redditor replied, “Yeah, ” changed the prophecy to garbage, and then made the 2nd movie the ending. As in, they actually used the golden fleece to bring Kronos back, and in some weird way, Percy killed him. Every part of those movies was wrong!”

WendyFruitcake posted, “Not the parody that appeared recently, but the 2010 feature film for which I would love to talk to the manager about.” TheMightyWoofer replied, “The same company ended up making the Sharknado series and ZNation and Black Summer. They've come a long way.”

Roboticpultry said, “Titanic 2: It's Still at the Bottom of the Atlantic!” Marino1310 asked, “What moron would buy a ticket for a ship called “Titanic 2“. That's like begging Poseidon to off you!”

What do you think? Did Reddit get this list right? Check out these five decades of the worst movies of all time for more hilariously disastrous finds.

10 Essential Horror Movies From the 2000s You Forgot About