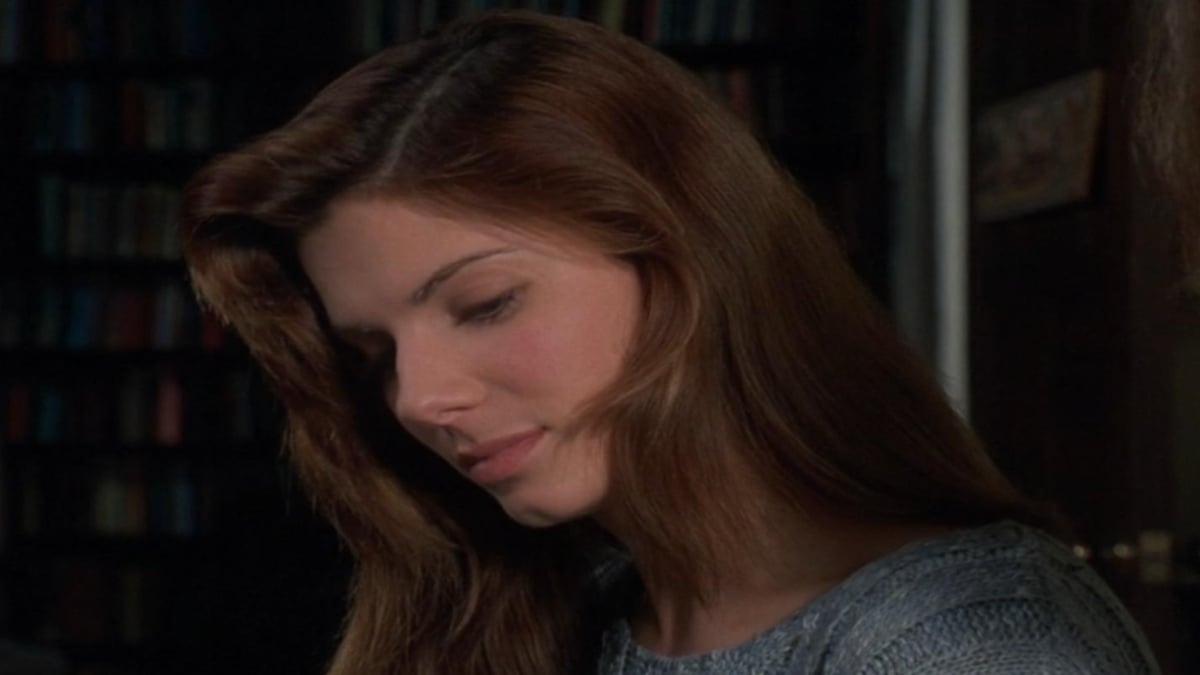 Are you a fan of people trying to prove their innocence after being falsely accused? You've got company. Recently someone asked, “What movies exist where the main character is on the run for being wrongly accused?” The internet responded by delivering this list of action-packed thrill rides.

The obvious answer is The Fugitive. It's an incredible game of cat and mouse that twists until the end following a doctor (Harrison Ford) wrongly accused of murdering his wife. After an accident with the prison transport, he goes on the run to find his wife's killer and prove his innocence. It stars Tommy Lee Jones as the lead U.S. Deputy Marshal searching for him.

U.S. Marshals is the spin-off sequel to The Fugitive. So it follows a different story, but with the same U.S. Marshals searching for a new fugitive. It's equally entertaining and action-packed, with surprising twists that may hurt a little. Tommy Lee Jones reprises his role and stars across Wesley Snipes on the run.

The Net is an action thriller film following a systems analyst (Sandra Bullock) whose entire life is online. So when she stumbles upon a conspiracy, her life is quickly erased by the bad guys. Incidentally, they also create a criminal record, so the police watch out for her as she works to uncover the truth and get her identity back. It also stars Jeremy Northam and Dennis Miller.

Double Jeopardy is another film starring Tommy Lee Jones. Again, I see a theme here, but they are all great. The story follows a wrongly convicted woman for her husband's murder, discovering he is still alive with their son and nanny!

So after being paroled to a halfway house, she breaks the rules, hunts him down, and stops at nothing to get her son back, naturally, with Tommy Lee Jones on her tail the entire way.

Feel like laughing? Wrongfully Accused is a satirical comedy parodying numerous films, but primarily it's a parody of The Fugitive. Unfortunately, Tommy Lee Jones didn't make it into this one, but it stars Leslie Nielsen, so you know it's funny. He plays a man framed for murder while trying to expose the actual killers.

American Ultra is an action comedy following a graphic novel writing stoner (Jesse Eisenberg) discovering that he is a sleeper agent trained by the CIA to be a lethal assassin.

After the agency wants him terminated, his former handler helps him activate his skills to save himself and his girlfriend from being killed. It also stars Kristen Stewart, Topher Grace, John Leguizamo, Bill Pullman, and Connie Britton (American Horror Story).

Enemy of the State is a political action thriller that still hits hard today. It centers on a lawyer (Will Smith) who unwittingly harbors access to a tape demonstrating corruption and murder within the National Security Agency (NSA).

To keep it covered up, the dirty agents destroy his life with misinformation causing him to go on the run with a new friend, who is the only chance he's got (Gene Hackman).

After the precogs predict the Precrime Chief (Tom Cruise) will murder someone he's never even met, he escapes discovering what is happening. Unfortunately, the entire department chases him with new technology in a futuristic world.

Three Days of the Condor is a political thriller following a CIA researcher (Robert Redford) discovering his co-workers murdered after coming back from lunch. He must work to outwit the killers and escape his assassination. It also stars Faye Dunaway, Cliff Robertson, and Max von Sydow.

North by Northwest is technically a spy thriller, but it delivers what the OP requested. An innocent man with a case of mistaken identity is tracked across the United States by mysterious agents who must prevent him from destroying their plans for government secrets out of the country.

What do you think? Did Reddit deliver, or did they miss the mark? Check out these psychological thrillers that will make your spine tingle.

15 of the Most Unabashedly Romantic Movies of All Time