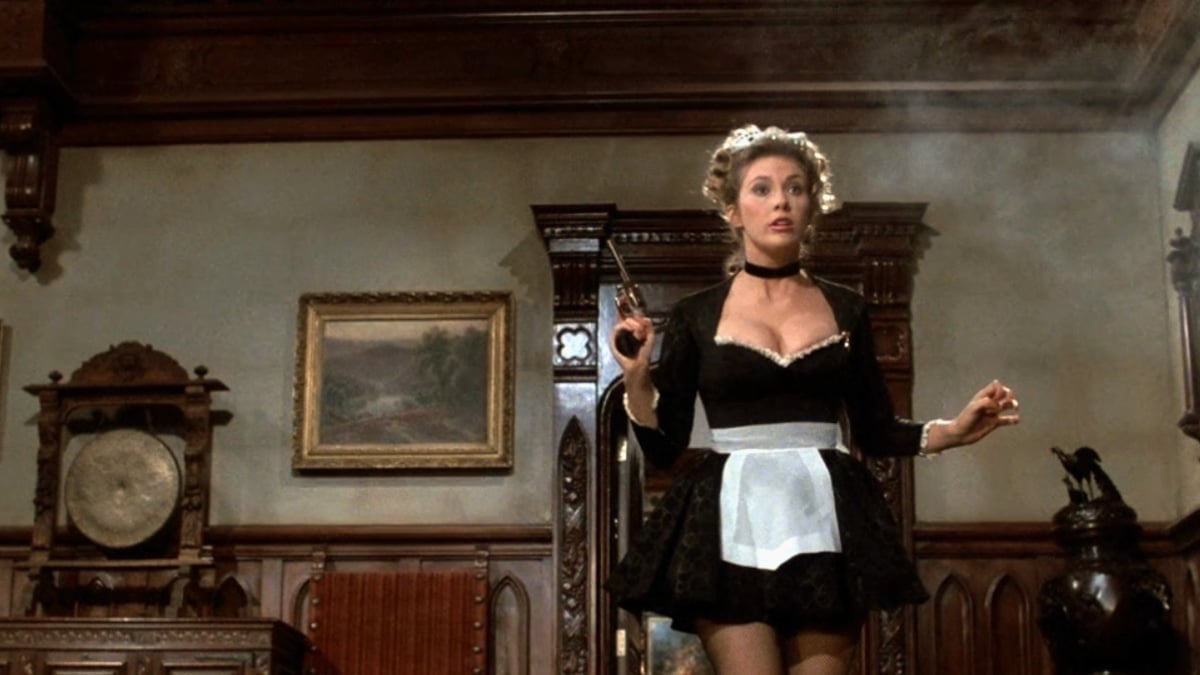 Are you searching for a good murder mystery that leads you down the rabbit hole, twisting and turning till the end? We got you covered. Recently, someone asked, “Can I get murder mystery movie suggestions?”

“I am looking for some great murder mystery movies which leave you speechless at the end. You are just stunned when all the knots are untying at the end, and the murderer reveals.” Here are the top-voted responses.

The Invisible Guest is a Spanish mystery thriller following a young entrepreneur (Mario Casas) waking up next to his dead lover in a locked hotel room. So he hires an illustrious attorney (Francesc Orella) to defend him. The two work together to unravel what happened.

Death on the Nile is a British mystery based on Agatha Christie's 1937 novel. It follows Belgian detective Hercule Poirot (Peter Ustinov), searching for a murderer of what was supposed to be his Egyptian vacation aboard a glitzy river steamer.

It stars Maggie Smith, Angela Lansbury, Bette Davis, Mia Farrow, Jane Birkin, George Kennedy, David Niven, and Jack Warden. The film is a follow-up to Murder on the Orient Express. The film was remade in 2022.

Murder on the Orient Express is a British mystery film based on Agatha Christie's 1934 novel. It follows Belgian detective Hercule Poirot (Albert Finney) investigating a murder of an American business tycoon riding aboard the Orient Express train.

It has an all-star cast, including Lauren Bacall, Ingrid Bergman, Sean Connery, John Gielgud, Jean-Pierre Cassel, and Vanessa Redgrave. A remake of the film came out in 2017.

Mother is a South Korean thriller following a mother (Kim Hye-ja) attempting to find a killer after her intellectually disabled son (Won Bin) is accused of murdering a young girl. She stops at nothing to uncover the truth and get her son freed.

Prisoners is a thriller film following the abduction of two young girls and the search for the perpetrator. After the police arrest and release a suspect, one of the daughter's fathers takes justice into his own hands. It stars Hugh Jackman, Jake Gyllenhaal, Terrence Howard, Viola Davis, Maria Bello, Melissa Leo, and Paul Dano.

Anatomy of a Murder is a courtroom drama based on the 1958 novel by Michigan Supreme Court Justice John D. Voelker under the pen name of Robert Traver. Voelker based it on a murder case in which he was the defense attorney. It follows a semi-retired lawyer (James Stewart) defending Army Lt. Manion (Ben Gazzara), who murdered an innkeeper after his wife (Lee Remick) claimed that he raped her.

Deathtrap is a black comedy mystery following a renowned playwright (Michael Caine) who bombs on Broadway opening night. He's troubled and uncertain until a former student (Christopher Reeve) a masterpiece of an unproduced script. So the once-successful playwright, with his wife's (Dyan Cannon) urging, plans to lure the student to their home, murder him, and take credit for the script.

Clue is a mystery black comedy based on the board game. Six blackmail victims are given a pseudonym and weapon before meeting their blackmailer. Then, the lights go out, and someone murders the blackmailer. It twists and turns with an ensemble cast of Eileen Brennan, Tim Curry, Christopher Lloyd, Madeline Kahn, Martin Mull, Michael McKean, Lesley Ann Warren, and Colleen Camp.

What do you think? Did Reddit get this right, or is something missing from the list? Check out these 90s mystery classics that deserve a rewatch.