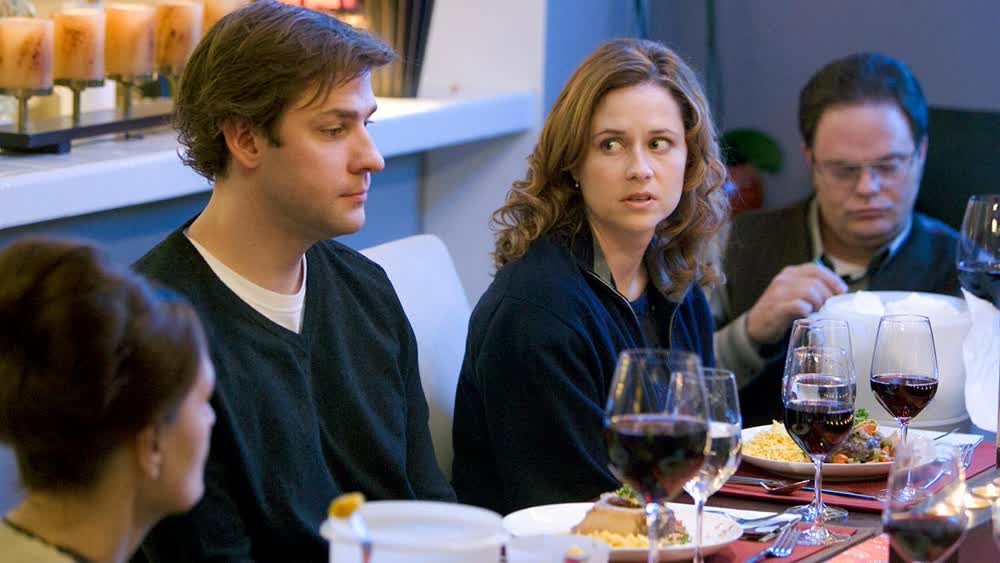 His love interest is Pam Beesly (Jenna Fisher), with whom he eventually marries and has children. Jim also has interoffice pranking politics with co-worker Dwight Schrute (Rainn Wilson).

While he's often a more lovable character, there are several instances Reddit has determined to be his less endearing.

So Redditor u/Zak_1000 inquired, “What was the nastiest thing Jim has done?” And Reddit responded. Check out these moments voted as Jim Halpert's worst.

Redditor ThatOneGuyYouNowKnow stated, “Going off on Pam after the recital filming debacle. This isn't going to be the only recital CeCe's ever going to have. No need to be so on edge. Mistakes happen.”

OptimismStrikes34 added, “Also, the entire thing was filmed by the doc crew, lol.”

6. Calling His Childhood Friend “Too Dumb To Hang Out With.”

Redditor kataraholl noted, “When he tells his childhood best friend that his mother, “thinks he's too dumb to hang out with.” The Office fan itsjustme_CTB quoted, Where's your jetpack, Zuckerberg?”

However, Reddit user baltikaa asked, “Was he forced to do that by his mom, no? I can't remember clearly enough.”

Finally, kataraholl replied, “His mom told him to make friends with his new reading group. The final message was his choice of words, lol. I love Jim and don't think he's nasty because of something he did as a kid.”

4. How He Did Karen in the End

Office fan windmillninja stated, “He completely played Karen (Rashida Jones). He got her to move to Scranton and live in a hotel room while telling her she was living too close.”

However, Prossdog argued, “Jim didn't play Karen. He was trying to move on because he didn't think the woman he loved, loved him back, and he just emotionally couldn't. So there was no manipulation involved.”

3. Secretly Starting a Business in Jersey Against Pam’s Wishes

AfternoonPast3324 agreed, “And after coming clean about it, dumping their family's entire savings into said business without consulting with his wife.”

Redditor corakken added, “People demonizing Pam for being upset about this trips me up so much, lol. Your husband wastes all your life savings on a startup business you mutually agreed not to do.”

Further, they said, “Then, effectively moves to a different city while you have to work and deal with a toddler and an infant alone. Of course, you'd be upset about this. It's like instant divorce territory for a lot of people.”

2. Being a Crappy Roommate

Redditor stmblzmgee acknowledged “Vandalism” as his worst. They elaborated, ‘Soaking his dishes' for hella long when living with Darryl.”

The Office fan stmblzmgee exclaimed, “Yaaaaaaas! And imagine if he is like this with a roommate. What the heck is he like at home? Does Pam constantly pick up after him?”

1.  Dumping Katy on the Booze Cruise

Redditor AssistanceOk7588 answered, “Taking Katy to a booze cruise and breaking up with her in the crappiest way possible.” They continued, “Also, he was a terrible roommate with Daryl.”

However, Redditor Few_Day7472 argued, “He was actually being honest with Katy. If Katy doesn't ask him about their future together after only a few months of dating, he doesn't break up with her.”

Furthermore, they asked, “Who asks a person they just started dating? Will that be us one day about being engaged?”

Other voters named these additional offenses:

Stream The Office on Peacock.

The Best Friends Moments with Chandler and Monica