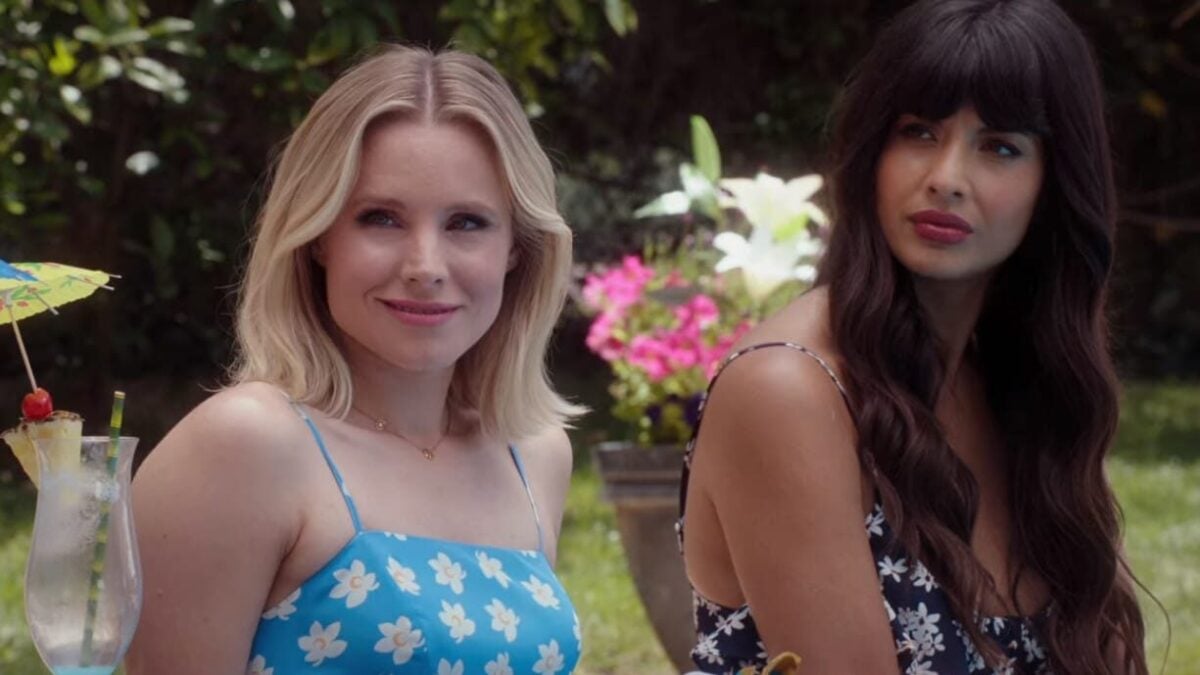 Nothing more frustrating than getting enthralled in a television series, only to have it canceled without a proper ending. Cliffhangers? They are the worst!

Redditor u/Voradoor Good requested, “Please list some decent shows that have already ended and weren't canceled. I don't want to invest my time in anything that has or might be canceled. And I don't want to wait for new seasons. Thanks.”

Crazy Ex-Girlfriend is a romantic musical comedy that follows a Yale and Harvard graduate lawyer. Rebecca (Rachel Bloom) follows her summer camp ex-boyfriend from New York to West Covina. She's prone to impulsive behaviors and delusions. She receives a diagnosis of Borderline Personality Disorder and works on caring for her mental health while taking responsibility for her actions.

The Good Place is a fantasy comedy featuring a heavenly utopia for those who have been good throughout their lives go after passing away. When Eleanor (Kristen Bell) arrives, she quickly realizes she was mistaken for someone else and not supposed to be there. So she seeks help from her new friend and “Soulmate,” Chidi (William Jackson Harper,) to earn her spot in The Good Place.

Dark is a sci-fi supernatural thriller that follows four families frantically hunting for a missing child in a fictional village in Germany. While pursuing the truth about the disappearance, the four families bring sinful pasts to light while unraveling a sinister conspiracy involving time travel.

Ozark is a crime drama about a money launderer named Marty Byrde (Jason Bateman). After it goes frighteningly wrong, he pleads for an opportunity, and the head of the Mexican drug cartel grants it. So the Byrde family leaves Chicago for The Land of the Ozarks in central Missouri so Martry can wash money. However, the rest of the family is slowly are all pulled in.

Orange Is the New Black is based on Piper Kerman's memoir about her experiences at FCI Danbury, a minimum-security federal prison. The series is a comedy-drama that follows Piper (Taylor Schilling), convicted of transporting a suitcase full of drug money for her former-girlfriend Alex Vause (Laura Prepon).

The offense occurred ten years before her charge and sentencing. So she is living a law-abiding life with her fiance in New York when she surrenders herself to a 15-month sentence. The show contains colorful characters, incredible writing, and entertaining storylines within the main.

Breaking Bad is a crime drama following Walter White (Bryan Cranston), an underpaid, overqualified, and depressed high-school chemistry teacher struggling with a recent diagnosis of stage-three lung cancer. So he chooses a life of crystal meth production and distribution to secure a financial future for his family.

BoJack Horseman is an animated adult black comedy-drama. It features an alternate world where humans and anthropomorphic animals live side by side. BoJack plans a celebrity comeback with a tell-all autobiography while addicted to drugs and alcohol.

Unbelievable is a frighteningly true crime television miniseries about a series of rapes in Washington State and Colorado. It follows Marie (Kaitlyn Dever), a foster teen charged with lying about being raped. Two detectives follow a twisting path that involves outside help to uncover the truth.

The Haunting of Hill House is a drama and supernatural horror alternating between two timelines. It follows five adult siblings who continue to be haunted by the paranormal experiences at Hill House. It flashbacks to the events leading to the night the family fled from the mansion. It's the first Mike Flanagan's The Haunting anthology series.

The Haunting of Bly Manor is a gothic romance, drama, and second entry in Flanagan's The Haunting anthology series. It follows a young caregiver (Victoria Pedretti ) hired by a man to look after his niece and nephew at the family country house. After arriving at the Bly Manor, she starts seeing apparitions that haunt the premises.

Shameless is a comedy-drama following the poor and dysfunctional Gallagher family and their Patriarch, Frank (William H. Macy). Frank is a single father of six who spends his days high and drunk. His children are left to take care of themselves by stealing food and money, among other things.

Better Call Saul is a crime and legal drama, a spin-off, prequel, and sequel to Breaking Bad. It follows Jimmy McGill (Bob Odenkirk), a former con artist who evolves into an egocentric criminal defense attorney known as Saul Goodman.

10 Essential Horror Movies From the 2000s You Forgot About