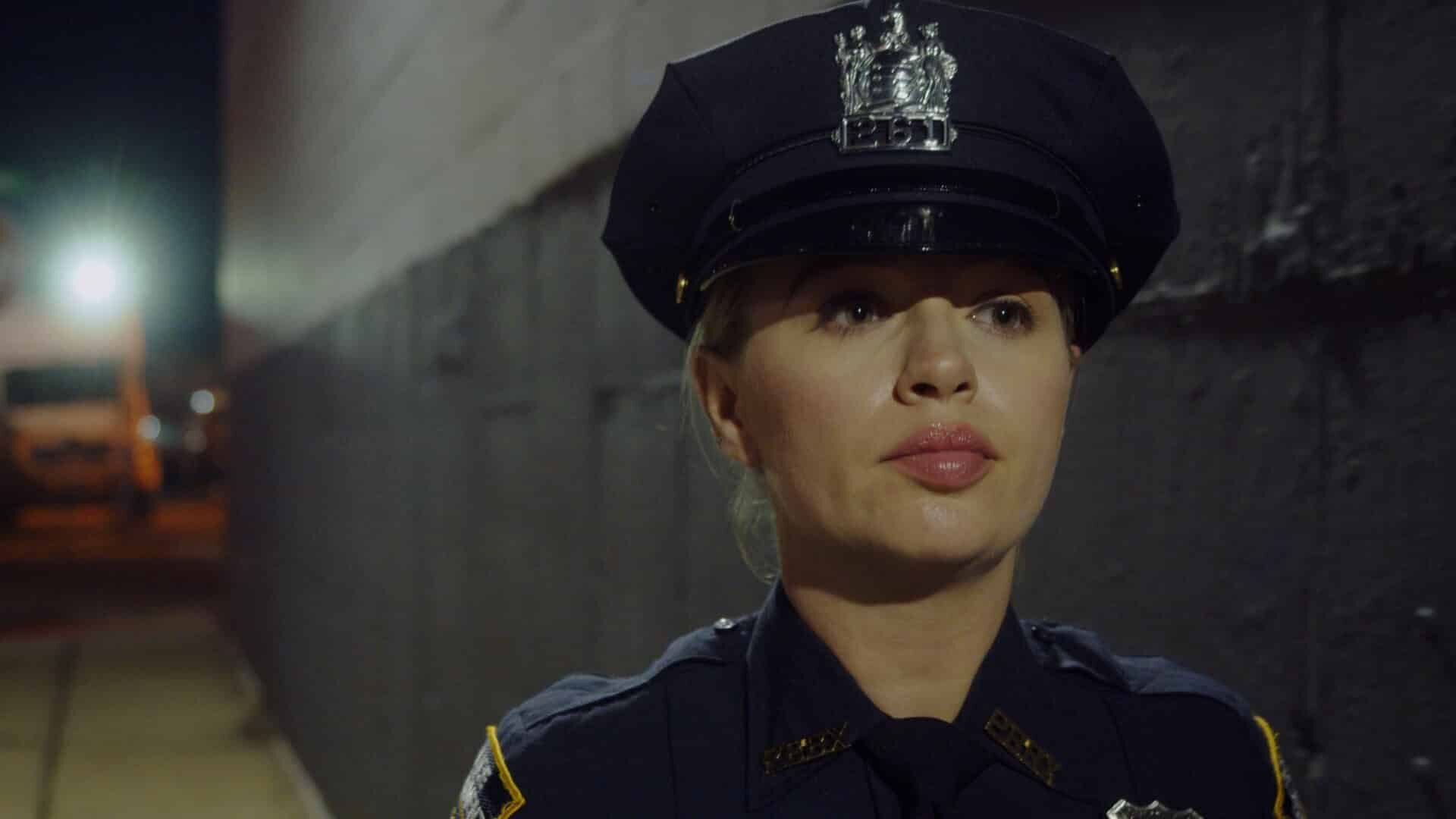 Noir is sometimes celebrated for its strong women femme fatales, who betray and kill with coldly sensuous style and sleek accessories. The genre was never feminist though; instead it was anxious about feminism. The lipsticked betrayers were part of a sleazy, photonegative world in which patriarchal authority has leached away, leaving only sex and violence and bleak amorality.

The indie neo-noir Ramsey doesn’t have the budget to reproduce the look of the classics, and director Tom Ryan understandably doesn’t capture the propulsive tension and anxiety of the greats like Double Indemnity or Body Heat. But he does manage to infuse the film with a meandering, sordid self-pity that is very much in the spirit of noir past, while also functioning—intentionally and otherwise—as a critique of the genre.

The Men Aren’t All Right

Like many a classic noir, Ramsey is also a murder mystery. Child star Sarah Vandy has abandoned her life of luxury and her scandalous past in order to join the New York Police Force. But while walking the beat soon after becoming an officer, she is shot and killed.

Her sister, Michaela Vandy (Jeanine Bartel) suspects the killer was one of Sarah’s numerous flings. She hires private investigator and ex-cop Kevin Ramsey (Jim Thalman) to try to cover up any incriminating details before the cops discover them. Ramsey thinks the killer was an anti-cop radical, but agrees to look into it.

By the standards of Hollywood films, the plot unfolds at a glacial pace. The camera lingers on scenes for a beat, or five, or ten, too long. Conversations circle around the point and then collapse in exhaustion.

When violence erupts—as when a security guard suddenly starts punching Ramsey—it feels random and perfunctory. Sex is almost laughably un-erotic. Normal looking, non-Hollywood-hot actors grab each other in harshly lit tableaus, as if they’re half-heartedly imitating other movies and other stars. Which of course they are.

The biggest distraction from forward momentum is a subplot about sex addiction. Ramsey’s friend, another PI named Mason Rivers (Nixon Cesar) runs an encounter group for sex addicts; Ramsey is thinking about joining. Ramsey’s philandering has damaged his relationship with his daughter Katie (Quincy Saadeh); Mason’s has damaged his connection with his daughter Teri (Yvette Ganier.)

Ramsey’s inevitable sexual involvement with his client Michaela is a trope of many a noir past. But it’s also a consequence of what the film frames as his disease. Rather than sexual conquest being a sign of the detective’s virility, it’s a sign of his weakness, and of the ugly rot at the core of the masculine order. In that context, the film’s amateurishness and slackness isn’t just about budget; it's thematic. This is a movie about corrosive, tedious failure.

The Cops Aren’t All Right, Either

The corrosion isn’t just of individuals; it’s of structures. In a detective story, the police are supposed to provide a backdrop of law and order. Often in noir, the cops are corrupt, reflecting a disordered moral universe.

The police in Ramsey aren’t exactly corrupt in the sense of being on the take. Instead, they’re feminized, which may be (in the logic of noir) even worse. When Sarah Vandy, vapid female child star, gets herself on the force, she remakes that force in her image. As Ramsey discovers in his investigation, everyone at the academy, trainees and instructors, wanted to sleep with her. She spreads a kind of sex addiction all on her lonesome—a femme fatale who single-handedly brings low the entire force.

This force is falling apart inside; it’s also under assault from without. Shortly before the film opens, the NYPD shot an unarmed Black youth. The backlash may be responsible for Sarah’s death. It’s also made the force very unpopular; Katie says that kids at school bully her because her dad used to be a cop.

Ramsey knows that the police and toxic masculinity are intertwined; Ramsey left the force after his partner was accused of domestic violence, and Ramsey testified against him. But the movie doesn’t see feminism or antiracism as solutions.

This breakdown is caused by weak men. But its most horrifying manifestation is strong women, who are forced to fill the gap in authority with twisted passion and (phallic) guns. The femme fatale here isn’t an empowering hero. She’s a broken human being, a symptom of reactionary grief and terror.

I won’t spoil the final twist, but it’s both unexpected and completely in keeping with the tropes and themes of noir.

It also feels very contrived. But again, that’s not exactly a criticism. Noir is about how when authority dissolves, the result is not freedom but an overdetermined chaos. Ramsey feels like a corny, shambolic nightmare, in which the end is inevitable, ridiculous, cheap, and suffused with an empty despair.

We have the latest on all the movies in theaters now.

Short-term or Long-Term Gain? The Pros and Cons of Real Estate vs Stock Investments