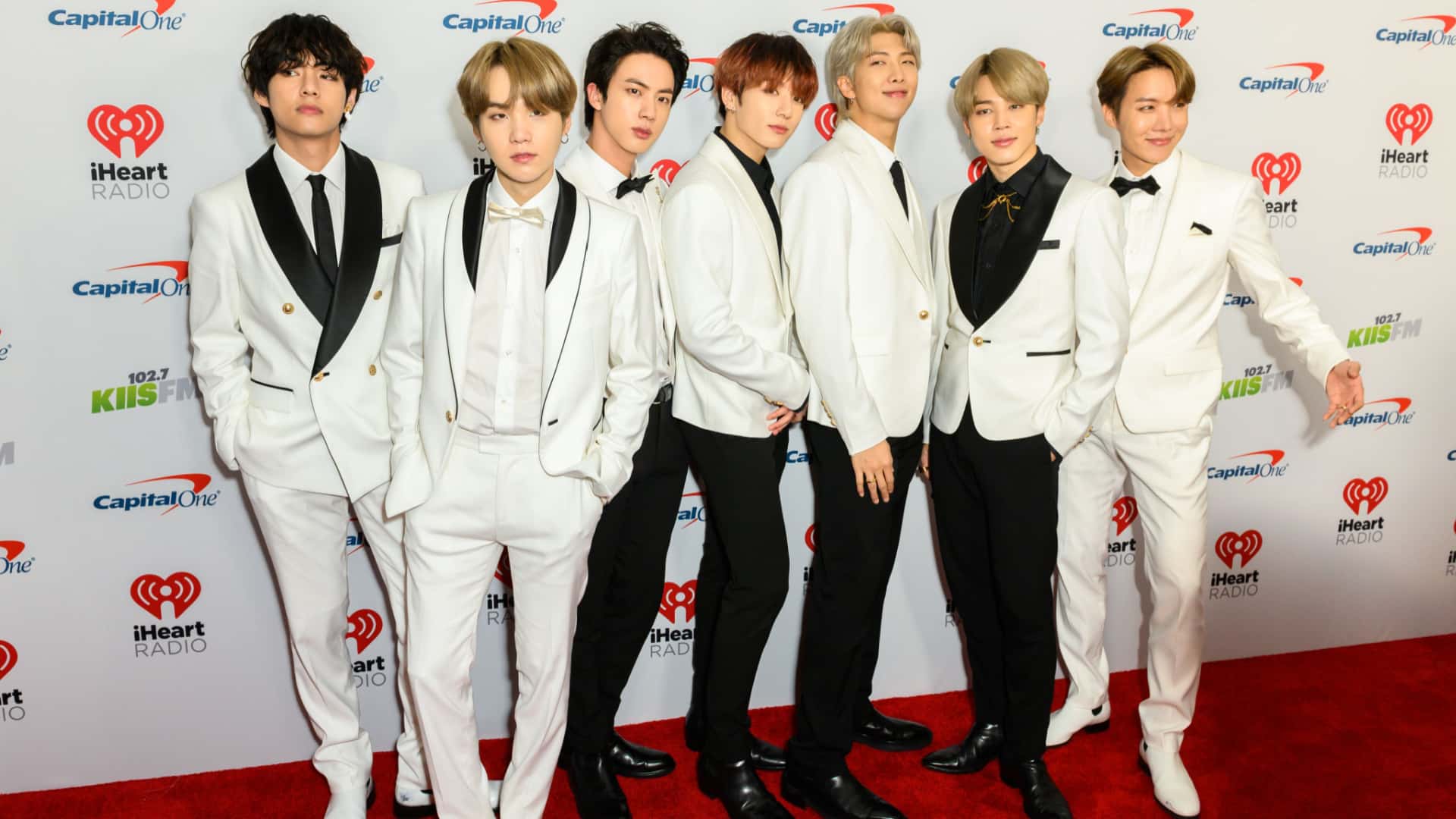 Our story begins in June 2013, when seven seemingly normal boys from South Korea came together to dream one dream. They named it BTS or Bangtan Sonyeodan (lit. Bulletproof Boy Scouts).

It's been almost a decade since, and this once unassuming troupe of young dreamers now rule the world stage using a deadly combination of sheer charm and unadulterated talent.

BTS is a phenomenon, but it is decidedly not a new one. They have the largest fandom in the world, have broken multiple records, and keep topping charts and performing in sold-out shows. Still, hundreds and thousands of new fans join their ARMY ranks every year, as their fandom is lovingly referred to. So, if you wandered here after watching a snippet of one of their iconic performances or maybe because your heart skipped a beat over one of their dimples, I am honestly not surprised. It happens.

You begin by wanting to know the name of the soft and sassy rapper from PSY's “That That” video. Or the guy with the tattoos, the dorky smile, and the energy of a puppy. I know. We've all been there. So, if that's how you found yourself here — I completely relate. And I, without further delay, will put you out of your misery, for given below is everything — well, most things — you need to know as the newest acquisition of the BTS fan club.

To truly understand BTS, you must begin by familiarising yourself with the seven nearly-ethereally beautiful boys who make up the band. They are:

Born on December 4th, 1992, Kim Seok-jin, aka Jin, is the eldest member of BTS. And he plays the part of a caring elder brother figure with obvious pride and joy. Lovingly referred to as the ‘mom of the group,' Jin works hard to keep the younglings in check while also dazzling the audience with his mesmerizing vocals. Jin is also known for his goofy personality, dad jokes, and handsome face, which earned him the WWH or World Wide Handsome title.

Popularly known by his stage names Suga and August D, Min Yoon-gi was born on 9th March 1993. A proud member of the Hyung (lit. elder brother) line, Suga is best known for his sassiness, unadulterated love of sleeping, and godlike rapping skills. A quiet, if slightly grumpy person off-stage, Suga's on-stage persona is dark and enigmatic. His entire personality seems to remind fans of an angry kitten — fluffy yet ferocious.

You may know Kim Namjoon of BTS from the recent stir he caused after being voted the most handsome man over Henry Cavill. Born on 12th September 1994, Namjoon is the ever-beloved leader of the band. Known for his fluent English-speaking skills, Namjoon is decidedly the face of BTS.

RM or Rap Monster, which is his stage name, is also known for being dauntingly intelligent, adorably shy, and having a heart of gold. Nearly a decade back, RM gave up his dreams of having a solo career to help form BTS. Today, he is like the proud, albeit a little strict, dad of the 6 ‘kids' who make up the band, kids with whom he dominates charts, hearts, and then some.

Born on 18th February 1994, there is a reason Jung Ho-seok's stage name is J-Hope. Also referred to as Hope and Hobi, J-Hope is literally spring sunshine personified. Ever smiling, always charming, he is the hyung known for spoiling the band's younger members rotten. Once a street dancer, J-Hope is known for not just his room-brightening, heart-warming smile but also his unbeatable moves on stage. Sometimes Hobi plays the role of the strict teacher who refuses to accept slacking from his members. But, whether strict or goofy, to every ARMY, he remains the definition of hope and a constant reminder to face all of life's battles with a smile on their face and hearts on their sleeves.

While every member of BTS has been compared to an angel at one point or the other, it is Park Ji-min who enjoys the title of the angel of the band. And, honestly, it is easy to see why. A clumsy duckling with a tendency to fall off chairs off-stage, Jimin unleashes an entirely different persona during live performances.

On stage, he is gracefully seductive, elfish, and dainty in his movements. Born on 13th October 1995, Park Ji-min also possesses an ethereal voice that allows him to hit all the high notes with gentle passion.

Suga is not the only band member who wears their dual persona as a badge of honor. Kim Tae-hyung, or V, the second youngest BTS member, represents both the Beauty and the Beast personas. Goofy and childish in real life and around his adored hyungs, V's Dionysus-esque good looks, combined with a certain broodiness, come alive on stage. His voice has a honeyed huskiness that lends character and charm to whatever he sings. Born on 30th December 1995, the Army's little Taetae is, thus, lethal on stage.

Where do I even begin with this guy? I mean, Jeon Jungkook is the complete package. Born on 1st September 1997, little Kookie is said to be good at pretty much everything. He draws, dances, routinely annihilates people at various sports, probably has perfect pitch, and has a luscious voice to match. Being the youngest of all the boys, doe-eyed Kookie is often treated as the baby of the group. His hyungs, thus, cannot seem to say no to him. And who can blame them? He may call himself the International Playboy, but he is a child and a dork at heart, and the biggest, most starry-eyed fan of his hyungs.

BTS usually divide their albums up by era. Each of these eras explores particular themes or moods.

The School Trilogy (2013-14) was the band's debut era and was characterized by songs that explored the anxieties of youth and the pressure of trying to rise up against an oppressive system. The Youth Trilogy (2015-16) and The Wings Era (2016-17) told the tales of the young adult years. These albums explored the transformative moment of coming to age, growing pains, and young hopes. Other than these, they explored ideas of self-love and delved into the labyrinths of the mind, and the demons called loneliness and anxiety in the albums released as part of The Love Yourself Series (2017-18), The Map of the Soul Series (2019-20), The Pandemic Era (2020-22).

All the members also have done multiple singles and collaborations with other members and artists worldwide.

Songs to Not Miss

Every BTS fan has a few songs on their essential BTS playlist. You know, just in case someone asks for recommendations one day, so you have the opportunity to introduce them to the purple-hued world of BTS. That said, here're 20 songs that are on mine:

Can't have enough of BTS?

Well, thankfully, in the past nine years, the band has created seemingly endless content for one to consume. Honestly, I have been following them for the last two years, and I still haven't much of a dent in the sheer volume of BTS content out there.

So, if you are somehow done with all albums, hummed along to every song — old and new, know all their moves from the MVs, and are still craving more — you are pretty much covered and then some. Just grab yourself some popcorn, a tub of ice cream or two, and sit back and indulge in the hundreds of glorious performances, multiple TV shows, and web content that the boys have on offer.

Billionaire Investor Says Fed Is Leading Us Towards ‘Social Unrest’