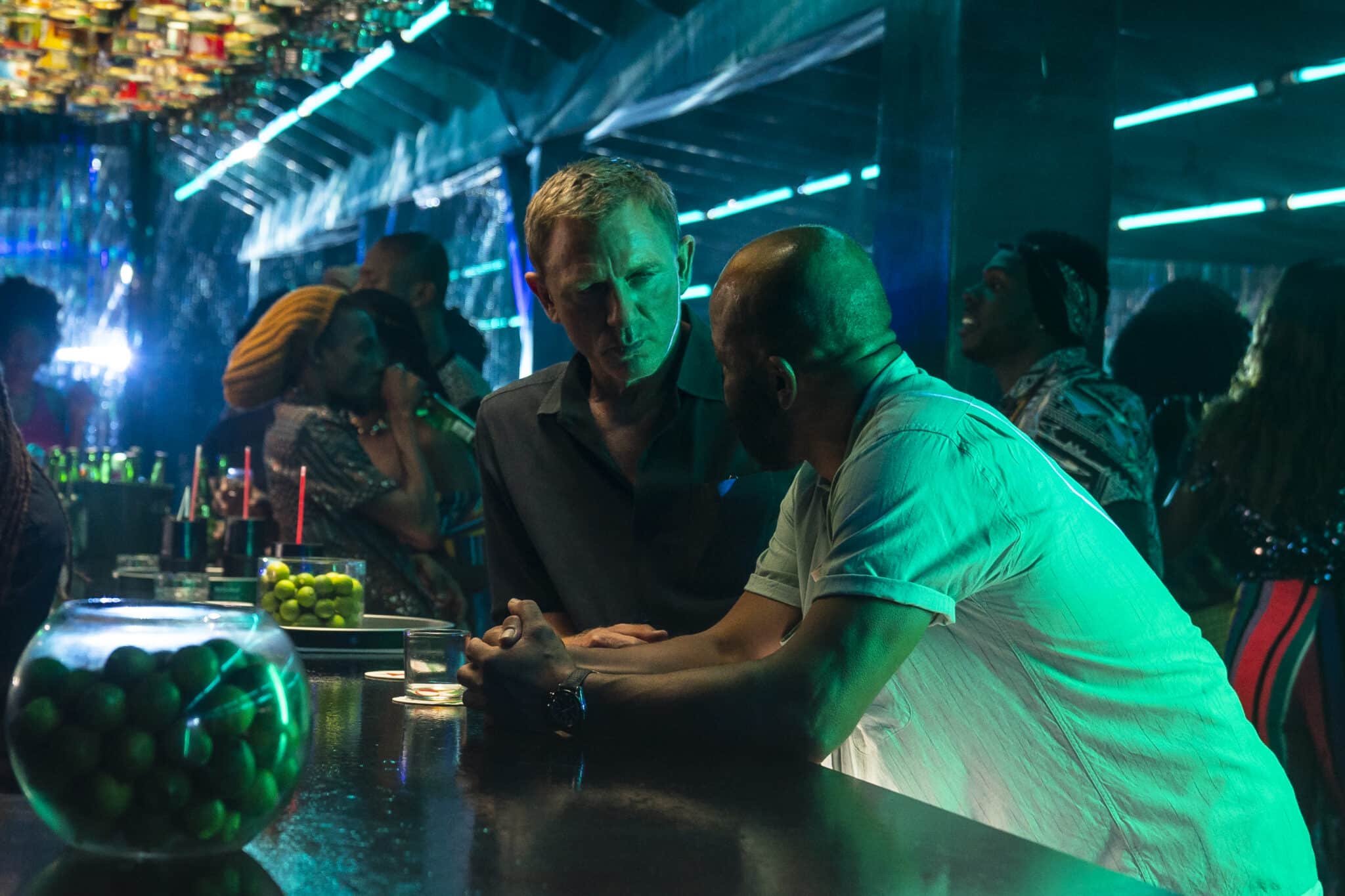 Do you expect me to talk? No, Mr. Bond…I expect you to cry!

Longtime fans of the 007 franchise may very well find themselves breaking down in tears by the end of No Time to Die. Daniel Craig’s final turn as Britain’s martini-loving spy extraordinaire, James Bond, turns the page on the current chapter with a 2 hour and 43-minute epic worthy of Craig’s 15-year occupation of the iconic role.

The 25th Bond movie is the first entry of the Eon-produced series to be helmed by an American filmmaker: True Detective veteran, Cary Fukunaga. This new blood is exactly what the franchise needed. The gadgets, the cars, the exotic locales, and the henchman are all present and accounted for. But Fukunaga goes above and beyond the call of duty, mining the raw materials that make up Bond and smashing them together in a blockbuster supercollider to create surprising new elements.

Of course, Craig takes full advantage of this last hurrah. He savors every smoldering stare; every smart-aleck-y piece of dialogue; every emotional beat; and, of course, the occasional cheesy pun that brings us back to the days of Connery and Moore. He's fine-tuned to this character over the years, building up a ton of goodwill that manifests itself in a number of unprecedented franchise moments that feel completely earned.

Following the events of 2015's Spectre, James and Dr. Madeleine Swann (Léa Seydoux) are living a romantic life off the grid and out of the espionage game. That is until Spectre, the octopoid criminal cabal led by Ernst Stavro Blofeld (Christoph Waltz), catches up with them, effectively ruining the honeymoon.

Wary of his girlfriend's loyalties, a defeated Bond sends Dr. Swann off on a train in a tragic farewell worthy of Bogart and Bergman. This takes us right into the obligatory opening titles. Already good on its own, the titular theme song performed by Billie Eilish (released in February 2020 before the project's many COVID-related postponements) is even more haunting in a theatrical setting. The track really takes on a life of its own when set against the foreshadowing imagery of title sequence designer Daniel Kleinman.

Five years later, and we find Bond living out a semi-peaceful retirement in that old 007 haunt, Jamaica. It doesn't look half bad either (the eye-popping work of production designer Mark Tildesley and cinematographer Linus Sandgren make you want to hop on the next plane to the Caribbean).

Bond's well-deserved rest and relaxation is interrupted by the arrival of an old friend: CIA agent Felix Leiter (Jeffrey Wright lighting up whatever room he's in). Felix needs James' help in locating a kidnapped Russian scientist (David Dencik recalling the sycophantic Beni from 1999's The Mummy), whose work in the field of microbiology could spell doom for the entire planet.

Just when he thought he was out, they keep pulling him back in. But what is James Bond without some apocalyptic stakes, right?

James reluctantly agrees and makes his way Cuba, where he makes contact doe-eyed CIA contact by the name of Paloma. She's played by Craig's Knives Out co-star Ana de Armas, and the two have a lot of fun recapturing some of the endearingly awkward chemistry they shared on Rian Johnson's subverted murder mystery.

In fact, it's a crime that de Armas gets such little screen-time, though it's made up for by the introduction of Nomi (Lashana Lynch). A 00-agent who received her license to kill during Bond's extended absence, Nomi shares a sibling-like rivalry with 007, and Lynch is more than up for the job. Determined to prove Bond's obsolescence, Nomi holds her own against the out-of-practice agent, upstaging him at every turn in ways that cleverly show how James is on his way out the door.

Swann is there, too, working for Bond's old masters as the chief psychoanalyst in charge of the imprisoned Blofeld. Glimpsed through a reinforced glass box that turns his every word into a menacing whisper reminiscent of Marlon Brando’s Colonel Kurtz, the one-eyed mastermind is now a Lecter-esque figure giving advice to our hero from his cage.

Ok, so who kidnapped the aforementioned scientist? Spectre? Is Blofeld behind it? Ha! Spectre is the least of a guy's worries when a new foe rears his scarred visage.

The final boss, so-to-speak, is Safin (Rami Malek), a Bond villain for the ages even if he does feel a little under-baked and underused. Still, he makes Blofeld look as cute and harmless as his fluffy white kitty cat by comparison. Sporting a love of robes, poisons, and a menacingly murmurous cadence that gets under your skin, Safin brings to mind the ghosts of 007 past (mainly Joseph Wiseman’s Dr. No, who started this whole party all back in 1962).

He’s got a remote island lair (a Brutalist architect’s wet dream) and a megalomaniacal plan that takes on a lot more thematic subtext in the pandemic era.

The big climax on the island — which contains a stunning long take that rivals the Día de los Muertos prologue in Spectre in sheer visual ambition — has the aura of the last and hardest level of a video game into which you've sunk dozens of hours. I mean that as a compliment, by the way. You get a sense of accomplishment, fulfillment, and cathartic release by the end.

Is this the best movie of Craig’s tenure as Bond? It’s hard to say right now (I'm still collating my thoughts), but No Time to Die is certainly the most emotional for obvious reasons. Goodbyes are always painful, and this one's a doozy.

The screenplay — penned by Fukunaga, Neal Purvis, Robert Wade and Phoebe Waller-Bridge — allows the gentleman spy, so often keeping the world at arm’s length, to show his vulnerable underbelly. The very thing Chris Nolan got bungled in last summer’s Bond sendup: Tenet. No Time to Die is a beautiful encapsulation of why we love Bond, why we need him, and more importantly, why he must always continue on to fight the good fight.

“It’s just a number,” James states at one point in the film with regards to his 007 designation. And yeah, the search for a new actor will officially kick off next year. Those three digits will live on in a new vessel but Craig has proved that Mr. Bond is more than just a number. He is the people who bring him to life. Just like Connery, Lazenby, Moore, Dalton, and Brosnan before him, Craig is now a permanent strand in Bond’s DNA.

No Time to Die

Review: The Seedy Delight of Being Amongst ‘The Voyeurs’

42 Facts, Trivia and Easter Eggs About the Last Jedi