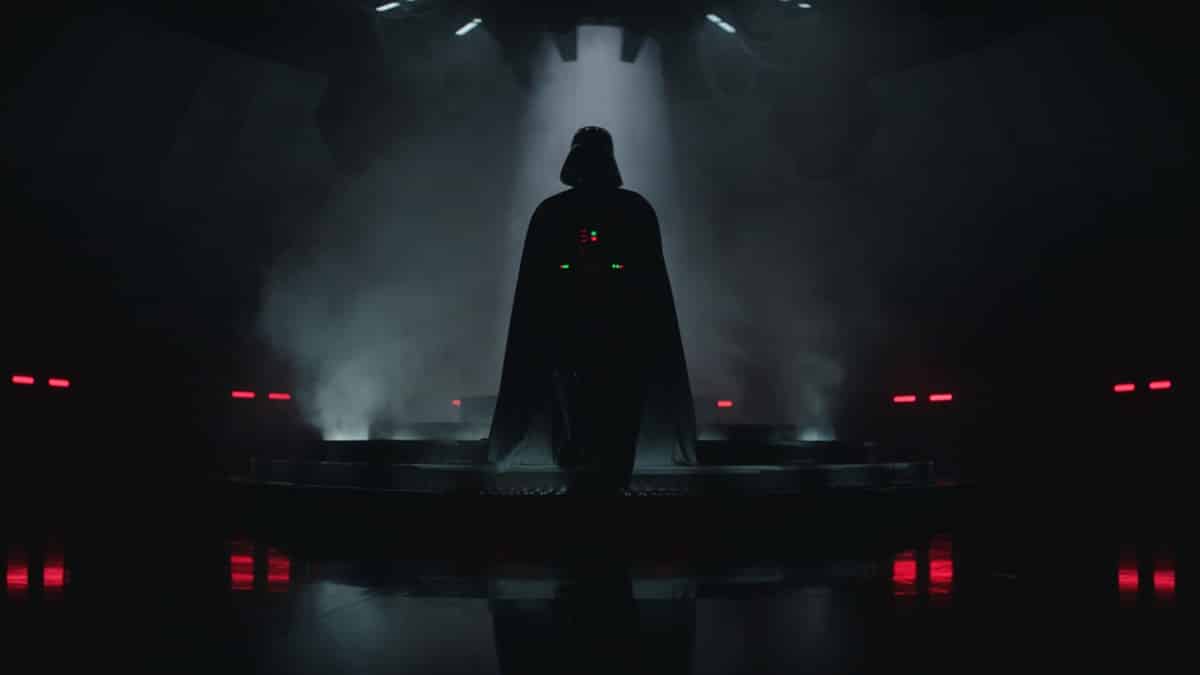 There’s something to be said for the sweet build of anticipation. Of wanting something but being made to wait. Of sitting on the edge of one’s seat, every fiber of one’s being tense with expectancy.

However, there’s also something to be said for just doing the damn thing. Obi-Wan Kenobi Part III gets that and doesn’t bother drawing out the inevitable. Last episode Kenobi (Ewan McGregor) learned from Third Sister Reva (Moses Ingram) that Anakin Skywalker not only still lived but was actively searching for his former master. In this episode, Obi-Wan gets to lay eyes on the machine his student has become.

Before we get to that, though—I did say there was something to be said for building anticipation—we begin with our unlikely duo. The episode immediately shows us another subtle way Kenobi has been broken by the fall of the Jedi and the decade since. His instincts are completely fouled by cynicism. A padawan who once pleaded with his master to see the darkness in a boy that would grow to destroy their order, the years have made him grow deeply untrusting of himself.

Thus, he rushes away from the meetup spot before Haja Estree’s (Kumail Nanjiani) well-integrated contact Tala (Indira Varma) can arrive. Worse, he doesn’t read Freck (Zach Braff) as a threat, even as he literally drives Obi-Wan and Leia (Vivien Lyra Blair) into the Stormtroopers’ clutches.

McGregor nicely captures Kenobi’s perpetual sense of being adrift. He makes easy-to-avoid mistakes and doesn’t even notice until called on it. He’s jumpy. His eyes seem both hyper vigilante and always just focusing a bit off course. You can feel the man he was struggling to return, especially in his interactions with Leia, but it has a halting rhythm of someone trying to relearn how to bike ride. They have the ability, but years of lack of use make it a struggle to utilize.

Reva is similarly overcranked and slightly out of step from where she should be, a state that Ingram conveys with rigid body language and an ever-venomous tone. Her obsessiveness earns her the attention of Lord Vader (Hayden Christensen in body, James Earl Jones in voice) but the ire of her teammates, particularly Fifth Brother (Sung Kang). Her recklessness helps the Empire relocate Obi-Wan in this episode but led her to kill The Grand Inquisitor without thought of consequence in the previous installment. If Obi-Wan is too in his head to be effective right now, she’s too out of control to stay effective.

For now, though, it works, bringing the Empire to yet another desert planet. This time, however, Vader himself takes the trip. His arrival in the same village quickly reveals how different the Sith Apprentice is at this point in his life and career. He drips with sadism, force choking, dragging, and murdering random citizens without hesitation. This isn’t the disillusioned Vader of the original trilogy, nor is it the efficient killing machine of that brief Rogue One appearance. Obi-Wan Kenobi’s Vader is every bit as evil as his reputation suggests. He seems to delight in making this Jedi hunt personal.

It is no wonder that the fight between Obi-Wan and Vader is not “cool” or spectacularly choreographed. It lacks the precision of the duo’s final battle in A New Hope and the athleticism of Revenge of the Sith. Instead, we watch Vader toy with Kenobi as a cat with a frightened mouse. At no point does it seem the Jedi stands a chance. Without Tala’s intervention, Vader would’ve likely spent untold hours psychologically and physically torturing the man who once called him brother.

The scene is an excellent tightrope walk of giving viewers what we all want—Kenobi v. Vader, Round 2—while surprising us. Even better, it leaves things in such a state that should the two cross lightsabers again—a near guarantee—it will still be thrilling. Three episodes in, showrunner Deborah Chow and her crew seem to know exactly what story they’re telling and exactly how to tell it.

The Richest Person in Every U.S. State