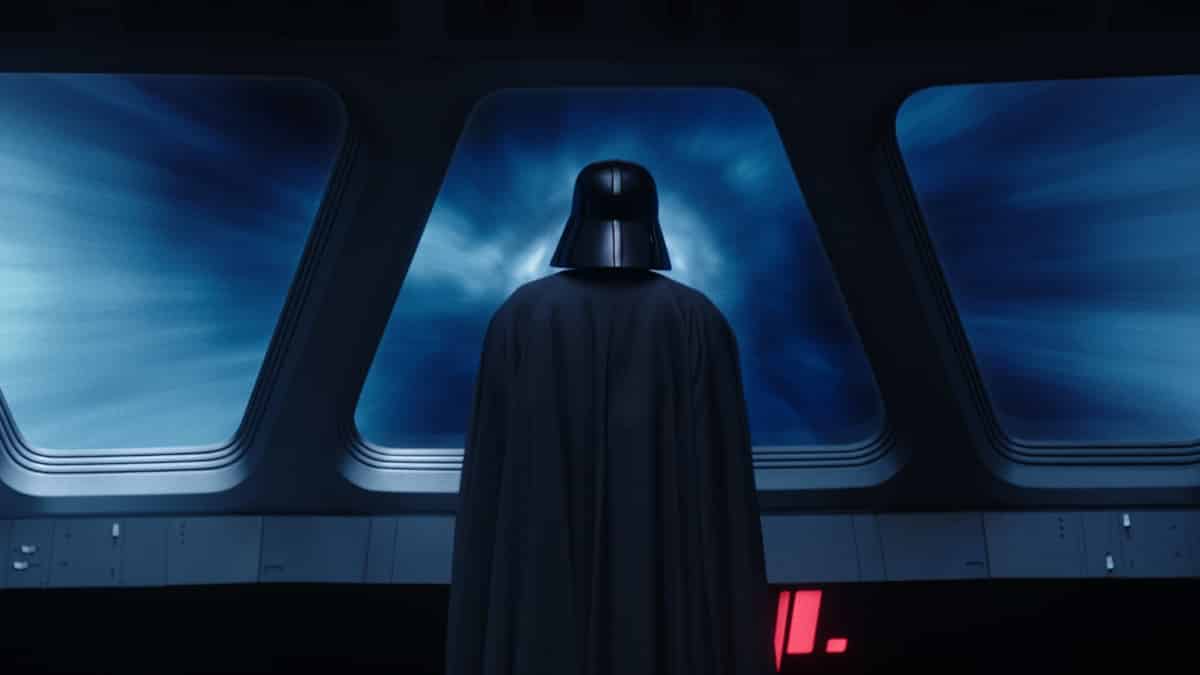 Last week, Obi-wan Kenobi (Ewan McGregor) and Tala (Indira Varma) manage to rescue Leia (Vivien Lyra Blair) from the Fortress Inquisitorius, but lose a pilot from the fledging rebellion in the process as Third Sister Reva (Moses Ingram) brings down the plane with a piece of cargo. During the escape, signs of the younger Obi-Wan begin to shine through as he uses the Force well and with impressive control.

Unfortunately, their escape seems poised to be a pyrrhic victor as Reva rigged Lola to report the group’s location back to her. Unbeknowest to them, the Empire now knows they’re camped out on Jabiim. Darth Vader (Hayden Christensen/James Earl Jones) is on his way to end Kenobi for good.

Despite Reva attempting to talk some strategy into Darth Vader, the Sith apprentice immediately sets about chasing down the fledgling rebels on Jabiim. While the collection of refugees and resistance fighters prepare to ship off-world, unaware of what’s coming, Lola reveals she’s more than just wired to track Obi-Wan. The device also gives control to Reva, who programs the tiny droid to wreck some wiring that effectively seals the group in their base.

He then scrambles what looks to be multiple battalions to the planet let by Third Sister, the newly crowned Grand Inquisitor. It’s kind of a bummer we don’t get to see the eternally aggrieved Fifth Brother’s (Sung Kang) reaction to the promotion. As the ragtag group within does their best to fortify the blast doors, the Empire’s troops bombard them with heavy artillery.

Unable to fix what’s wrong with the sealed roof and well brow-beaten by Kenobi about trusting Leia, Roken (O’Shea Jackson Jr.), accedes to the idea of sending the young princess into the electrical shaft to see what’s wrong. She eventually discovers Lola, quickly removes the device that’s overriding the droid’s usually sunny personality, and together they fix the issue.

Unfortunately, it doesn’t happen in time to prevent the Stormtroopers from breaching the outer wall. Kenobi attempts to stall the advance by offering to speak to Reva. While this partially works, and reveals the Reva is a youngling who survived Order 66. The detail about her hiding among her dead friends is especially grim given a true story of doing the same out of Uvalde. While that revelation isn’t particularly surprising, her true plan is a nice twist. She’s not actually after Kenobi, she’s using Kenobi to gain access to Vader and, hopefully, kill him.

Nonetheless, though, she slices through the doors and sends her squadron into the resistance “base.” Kenobi once again asserts himself, continuing to reinforce that his mind, not his skills, were responsible for his poor showing against Vader. Still, there are so many of them and so few rebels.

Earlier in Obi-Wan Kenobi Part V Tala reveals that during her time with the Empire, she oversaw the slaughter of Force sensitive children by the Inquisitors. She didn’t think that’s what would happen to the younglings but she also didn’t do anything to stop it. The incident is what pushes her to join the resistance, but it is also clearly intended as a sin that could be only be erased by sacrifice. She, and her favorite droid, get the chance, taking enemy fire and setting off a charge that makes a considerable dent in the Empire forces.

The moment Tala confessed what turned her from the Empire, it was clear that she was marked for death. Still, the moment works well, especially when NED-B succumbs to his “wounds” and slumps over on her, places his body between her and danger to the last.

Throughout the episode, viewers have been seeing a flashback sparring session between Anakin and Obi-Wan. Their behaviors in the flashbacks are intended to underline their choices in the present, making it clear that both know how the other thinks. However, Kenobi acts out of character in the end and catches Vader off guard, facilitating the rebels and refugees complete escape.

Part of this twist is the Jedi pretends to turn himself in to save the others. Vader expected him to do so earnestly, but not to use the moment to both draw Vader in and convince Reva to kickstart her revenge plot. Vader arrives as expected—Obi-Wan correctly guesses his former padawan is too aggressive and blinded by his own hunger for revenge not to—and falls for the decoy ship while the second transport speeds away. It’s too far away for even Vader’s Force powers to pluck it out of the sky.

The second part of the plan fails though. As we learn, the Grand Inquisitor survived his skewering courtesy of the Third Sister meaning that Vader has known all along that Reva was a liar. Their fight is a showcase for just how much more powerful the Sith apprentice is in comparison to your average Force wielder. For fans like me who always think it’s cool when the combatants use less flipping and more Force powers, it was doubly satisfying. Not to reopen old wounds, but this is how Yoda should’ve fought Count Dooku in Attack of the Clones. All mind powers, no ridiculous jumping.

Anyway, when the dust settles, Vader and the Grand Inquisitor abandon Reva to her presumed death and head out to chase down the refugees. However, Obi-Wan’s left behind damaged communicator suggests the Empire may well be bound for Tatooine and a certain other child of Anakin instead.

How the show uses the rather obvious “twist” that Reva is a youngling gives it enough spin to justify playing as if every viewer didn’t realize that was her “secret” origin. It also gave her good reason to not be a fan of Kenobi either. Finally, it gives us another perspective on our titular Jedi. Everyone else seems either in awe of him now (Leia, Haja Estree (Kumail Nanjiani) or impressed by their memory of the man he was (Bail Organa (Jimmy Smits), Nari (Benny Safdie). Only she seems to mirror how he feels about himself at the start of the series—a failure unworthy of his reputation.

That Kenobi weaponizes her is intriguing. On the one hand, yes, it is her goal to kill Vader. On the other, encouraging someone to pursue their revenge and to do so by murdering another person, even a Sith Lord, seems very off-message for a Jedi. I don’t mind the development, I’m always here for shades of grey amongst the Jedi, but I can’t imagine purists will be particularly pleased about it.

Obi-Wan Kenobi Part V also goes a long way towards making Darth Vader seem like someone that Anakin Skywalker evolved into, not just a wholly separate entity. The flashback is a simple trick, certainly, but that doesn’t change it is very effective. I also appreciated how it reveals the ways in which both characters have and haven’t changed since their time as Jedi.

Finally, the establishment of Kenobi and Leia’s relationship as a partnership is smart. Given how he puts his faith in her at this age, it makes perfect sense that she’d call on years later as her only hope. Again, the series isn’t being particularly fancy in how its establishing these connections to past and present, but they really work.

The final episode! The conclusion of this one implies that Vader will be chasing down his son—you may have heard of him, guy named Luke—on Tatooine but given continuity, it obviously won’t be that straightforward. The show is definitely going to that desert planet though as every Disney+ series must log its requisite hours on that ugly rock.

It seems safe to say that we’ll see Vader and Kenobi cross swords again, too. I wouldn’t rule out Reva making an appearance either. She remains alive, albeit in a bad way, at the end of V. Plus, the Grand Inquisitor’s (Rupert Friend) line about revenge, while about himself, seems too much like foreshadowing for a Star Wars adventure not to take advantage of. Reva doing the Sith apprentice some serious damage isn’t beyond the pale either. We know the Vader of A New Hope is in worse shape than he is here. Perhaps the next episode is where he picks up further damage upon his already quite mangled body.

8 Clean and Sustainable Picks Your New Mom Friends Will Appreciate