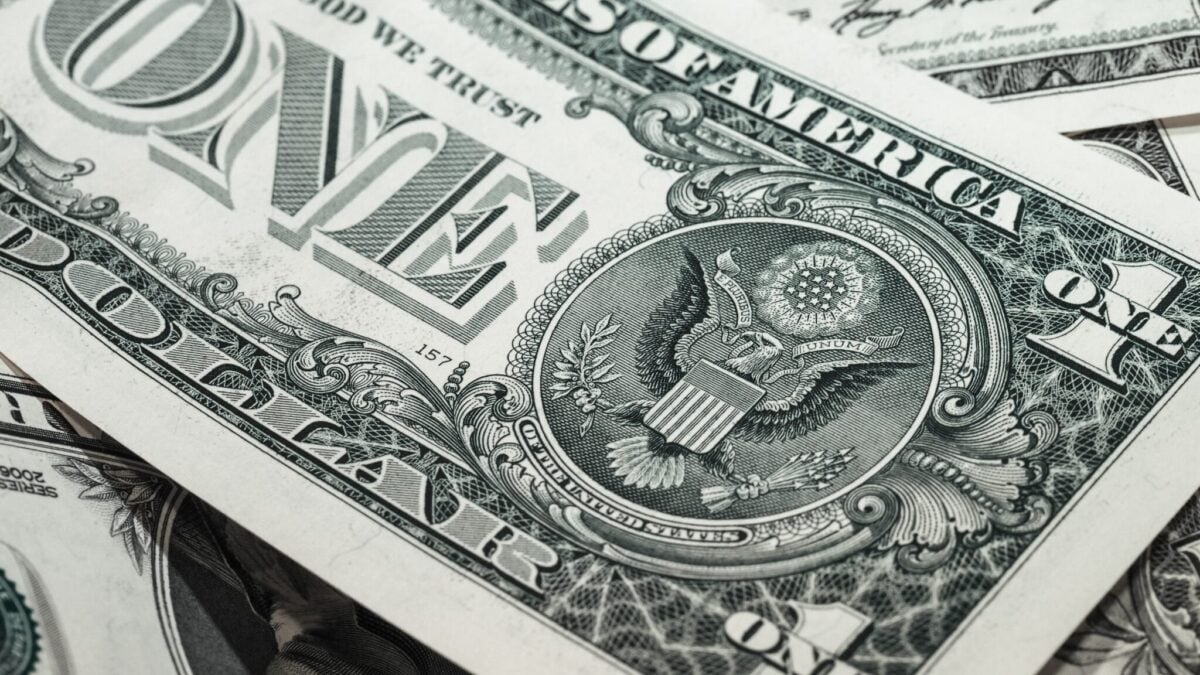 Before you spend that $1 bill in your wallet, do a little research. You may be sitting on a lot more cash than you think.

Coin and currency collectors in the US are willing to pay up to $150,000 in search of rare $1 bills with a particular printing error from the US Bureau of Engraving and Printing.

Two batches of $1 bills were printed, one in 2014 and another in 2016, that feature this particular error, and the bills went into circulation before the mistake was found.

Over 6 Million Misprinted $1 Bills in Circulation

In November 2014, the US Bureau of Engraving and Printing sent a request to its Washington DC facility to print a batch of dollar bills. In July 2016, the exact same request was sent to the Fort Worth facility.

This miscommunication resulted in dollars printed with duplicate serial numbers, technically counterfeiting their currency. Typically, every bill in circulation has a unique serial number to identify it.

Neither misprint was caught by the US Bureau of Engraving and Printing, and now currency collectors are clamoring to find matching pairs of dollar bills with these duplicate serial numbers.

In total, there are 6.4 million pairs of $1 bills with matching serial numbers. While that may seem like a lot, billions of dollars are in circulation, and to date, only nine pairs have been matched.

How Was The Error Discovered?

According to a video by Silverpicker, the error went unnoticed until a banknote collector found an anomaly in the Bureau of Engraving and Printing's public documents. While the Bureau was not forthcoming on its mistake, the collector filed a Freedom of Information Act request to get more details. The government admitted the error and the existence of the 6.4 million pairs of bills with matching serial numbers.

There are three things you need to know to identify the misprinted bills that could be worth a small fortune:

If you are lucky enough to stumble across one of these $1 bills in your wallet, you are one step closer to cashing in. But the value of this particular misprint is in pairing it to the other bill with a matching serial number.

Only nine complete pairs have been identified so far. However, the Zegers/Winograd Project was established to catalog all the bills found and facilitate buying or selling to create a matching pair. There are currently over 10,000 bills identified by the project listing the current owner and serial number.

To date, none of the collectors with a matching pair have been willing to sell, but experts estimate that pairs that have been matched and graded would sell for between $20,000 and $150,000, depending on the condition and serial number.

Currency misprints of this magnitude are extremely rare, but the unique nature of the duplicated serial numbers makes these bills worth a small fortune to collectors. If you haven't already, it's time to check your wallet and see if you can turn $1 into $150,000 or more.

Hacks Savvy Adults Use to Reduce Their Monthly Bills

Avoid These 10 Mistakes When Doing Laundry!