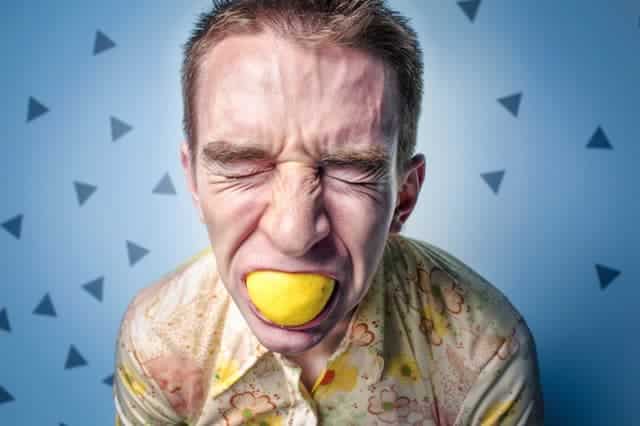 One secret to stop worrying about money is buying used cars. I have purchased one new car in my life. But, all the others have been used.

Before I toot my horn too much, 2018 has been an expensive year for us in terms of owning used cars. And, I'm not talking about expensive repairs like new tires or replacing the transmission.

While I like to make it look like we have every aspect of our money life put together on this blog, I don't. One area where my wife and I have stumbled some is buying used cars.

In the last two years, we have bought four cars and sold three. And, this isn't even including the “dream car” I sold so we had money to buy a bigger, more reliable family car.

So, in the last three years, we've had as many as four cars in the driveway at one time. Thankfully, the combined cash value for all of them was only about $13,000 so we had a cheap car insurance policy.

The Cars We Own Today

Today, we have two cars in the driveway. We think our days of shuffling cars are over for a few years at least.

We own these two vehicles:

On each vehicle we drive roughly 5,000 miles a year. My wife and I both work from home. When I need to leave the house for work, my commute is 1 mile each way. If the busy road had a sidewalk, I would walk instead of drive.

So, use our 1998 car for our errands and weekend activities. And, we save the 2009 for our family vacations.

Both cars hold multiple car seats, so we can seat several children comfortably.

The Cars We No Longer Own

Since 2016, we have bought and sold these vehicles.

After I sold my 2012 Mustang GT, I never planned on buying a two-door sporty coupe again. I enjoy driving them, but they aren't practical when you have two children since I'm the only one who fit in it.

Plus, my wife and I don't go out on date nights enough to justify keeping it.

My wife bought it in December 2016 as a surprise Christmas gift. Since I still worked in town three days a week, I drove it regularly and had fun. But, I still only put 3,000 miles on it in two years. It needed new tires and a few other items would need replaced soon.

I decided to sell it in 2018 since the repair costs weren't worth keeping. I figured it would sell almost right away to a gearhead, but it seems like nobody drives 5-speeds anymore. I turned down several offers because they were below Kelley Blue Book Price. What I didn't expect was for the KBB as quickly as it did.

I'm glad my wife bought it. We never imagined I'd work from home every day when she bought it. But, we had two other functioning vehicles in the driveway. So, it was a “non-essential purchase” if you will.

Lesson Learned: It's ok to splurge sometimes, but think twice with large purchases.

Maybe you've seen these small boxy vehicles on the road. Most of them have leather interior and two-tone paint jobs. Ours was a barebones model with cloth interior. And, it looked like it would comfortably fit three car seats with the back seat.

To some extent, we were in a rush to buy a family car that could make a 12-hour trip to visit relatives. While we took our 1998 Expedition for 6-hour trips at that time, driving 1,000 miles one-way was too long. We really wanted an Expedition EL or Suburban for the space, but we didn't have the cash to buy one outright.

So, we found a Ford Flex for $7,500 and planned on keeping it for several years. Once we had enough money saved for an EL or Suburban, we'd make that our primary vehicle. And, we'd keep the Flex as a second vehicle since our 1998 Expedition might be gone at that point.

Well, our second baby was born a little over a year after we purchased this. We soon realized the car was a lot smaller with two car seats than one. With two car seats in the middle row, an adult can't fit in the middle seat. And, it'd be way too much hassle to unbuckle and rebuckle a third car seat each time to get our oldest child into the back row.

So, we sold this car for a small loss because of two years of depreciation.

Lesson Learned: Buy the biggest car you can afford in your buying range. Also, car seats take up more space than you think.

Since we live in a rural area, owning a truck is handy. We tire of borrowing our neighbor's when we need to haul firewood, take off the trash, or go to Lowe's to buy something.

If you haven't looked at trucks lately, used ones are expensive. We finally found one on Craigslist about four hours north of us on the Ohio/West Virginia border.

It had a salvage title because it was “totaled” in a rear end collision. It also used to be a work truck so the interior wasn't in great shape. It was selling for $4,000 when the Blue Book Price for a clean title model was about $8,000.

So, my wife and our mechanic friend drove four hours to look at it. What we weren't told over the phone was that it used to have a snow plow on the front and the bottom was covered with rust. It also needed new tires installed just to leave home and the power steering pump and front end needed replaced. So, the dealer came off the price some.

We only owned this vehicle for six months. And, it was definitely a lemon. The only reason we bought it is because our friend said he would do the repairs for us for free if we bought the parts (it's nice to have friends). But, it was more work than any of us expected.

The used car lot apparently put a brand new battery in it shortly before the test drive. It made the 4-hour drive back home, but it died the next day in the parking lot because the next day because the alternator was bad. In turn, it ruined the battery and it would no longer hold a charge.

After that, every time one of us would drive it, something else needed fixed. For example, I got stranded at the gas station because the starter went out.

So, after several weeks of surprises, we stopped driving it and put it up for sale. Thankfully, we only lost $500 on this sale.

We finally bought an Expedition EL and it's been problem-free for the six months we've owned it so far. And it's taken two 12-hour plus trips in this time. We may buy another truck again in the future, but we need to save more money for it.

Lesson Learned: Stay away from salvage titles unless you're a skilled mechanic. Even then, avoid any salvage title with rust or water damage.

Buying any vehicle (especially used cars at least 10 years old) is a gamble. You don't know how they will hold up. Or, maybe you just bought a bad car, but the one produced before and after on the assembly line are immaculate. Life happens.

While you can't predict the next breakdown or life's other curveballs, you can follow these tips for buying reliable used cars.

Car loans and new car depreciation suck. I enjoy that “new car smell” as much as the next person. But, I don't like the price that comes with it.

If you're certain you will keep the car for many years, buying new makes sense. After all, you don't “lose money” until you sell. That's how it works with stock investing at least. 😉

Since our vehicles are both old. And, we drive so few miles. Our monthly car insurance premium is $60.

Tip: Get USAA Car Insurance if you qualify. That's how we save money on car insurance.

We do have comprehensive and collision on our EL because it's worth about $7,500. Right now, we don't have $7,500 in the bank to buy another one (that money is set aside for long-term goals that build wealth). So, the extra $20 a month to get premium coverage is worth it.

When my 2012 Mustang was still brand new, my insurance was closer to $150 a month. That's a lot of money long-term.

Keep Your Car For As Long as Possible

Even though a used vehicle shouldn't depreciate as much as 50% in five years like a brand new car, it still depreciates. Instead of losing $10,000 when you sell a vehicle three years after purchase, you might lose $1,000.

Plus, anytime you buy another vehicle, you have to pay a lot of money in taxes and registration fees. We paid nearly as much in taxes as we lost to depreciation. So, this is a “double whammy” some vehicle flippers overlook.

Look Several Months Before You Need to Buy

We've been there two when you need a running, reliable vehicle just to get to work and around town. Since you're rushed, you don't have time to look. As a result, you end up paying more than if you have several months to look.

With our Expedition EL and both of my Mustangs, we had several months to scour Craigslist and dealer lots to find a good deal. When a good deal does pop up, act fast. That means keep the cash in a savings account you can access quickly.

With our EL, we essentially looked off and on for two years. Since we looked on a regular basis, we know the going rate for the model we wanted. This also helped us from overpaying.

I'm not going to knock every vehicle with a rebuilt title, but most of them are cheap for a reason.

More often than not, they aren't worth the hassle if you're an average driver (like me) with limited mechanical skills.

What we realized too is that most rebuilt vehicles are sold by small dealers that get them from an auction. They know about as much about the vehicle history as you do (i.e. the CarFax report and any police report information).

If you do want a rebuilt vehicle, try to stay with ones that were totaled in a car accident. A mechanic can easily inspect the damage to determine if it's been properly repaired.

If the car is totaled and rebuild because of water damage, you can deal with mold and electrical issues. In college, I owned a car with an electrical short I didn't know about until I got stranded at a gas station (see a trend?). But, it had a clean title. So, it goes to show regular vehicles can have these issues too.

We love buying used cars. We're at the point in life that a reliable, cheap car is worth the extra money in the bank. Not only do you spend thousands less on the purchase price. But, your insurance premiums are lower too. And, you don't have to worry as much about every scratch in the paint job.

Do you have any “used car lemon stories”? What's the worst used car mistake you made?

How to Eat Healthy on a Budget

Star Wars was a commentary on the Vietnam War