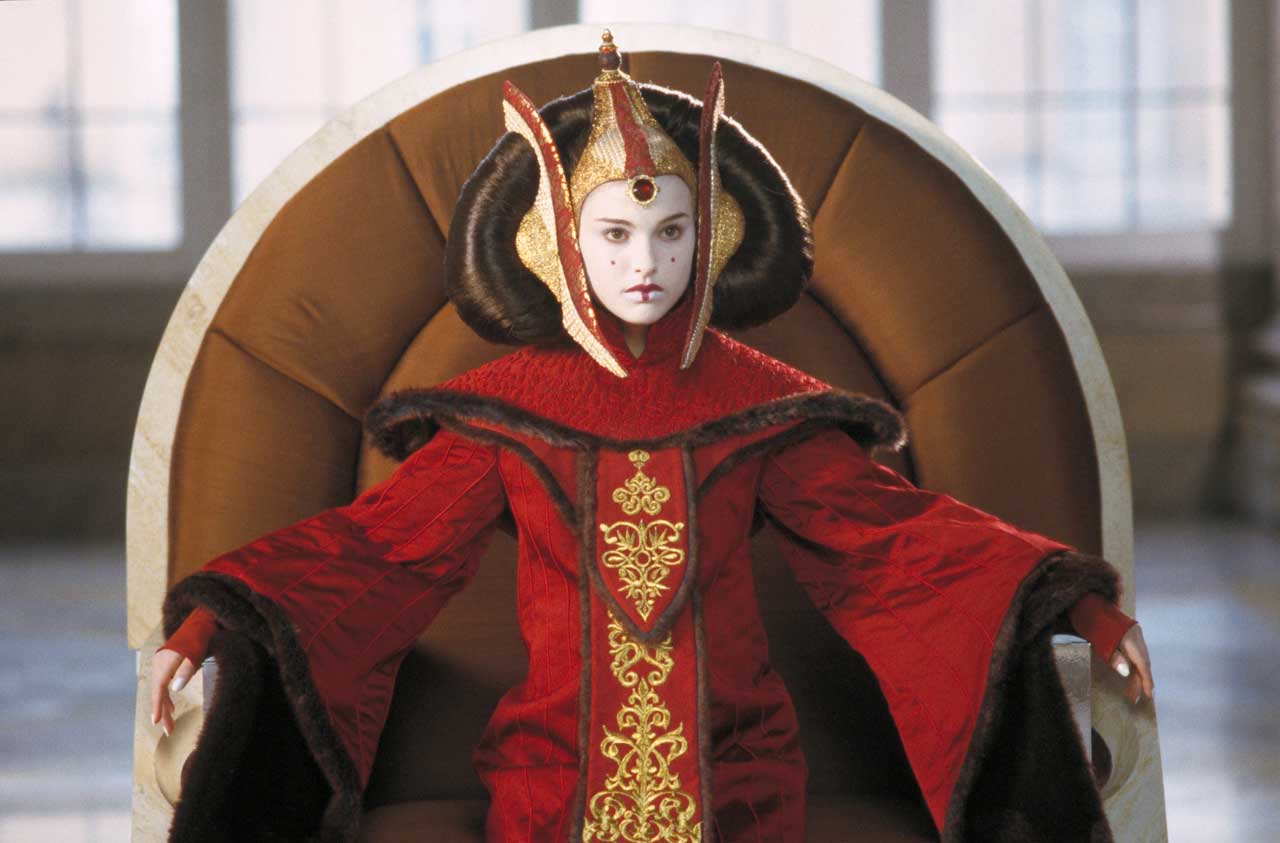 Generally speaking, the most popular characters in the Star Wars franchise are the likes of Luke Skywalker, Han Solo, Princess Leia, and Yoda. They've all had their moments in the spotlight, like when Luke blew up the Death Star, Han Solo saved the princess, Yoda's one of the most badass Jedi Knights that ever roamed, and the image of Leia wearing her iconic bikini from Return of the Jedi is permanently etched into the fandom's collective eyeballs.

But what about Luke’s mother, Padmé Amidala (Natalie Portman), the Queen of Naboo? Her character is featured heavily in the Star Wars prequel trilogy (1999's Episode I – The Phantom Menace, 2002's Episode II – Attack of the Clones, and 2005's Episode III – Revenge of the Sith), yet she's not as revered as those other characters. Or is she?

As it turns out, she has quite a large fan base. Just do an online search for “drawings of Padmé,” and you'll see. She's hugely popular. For a whole generation of Star Wars fans, she is their Princess Leia.

Truth be told, Padmé’s turn as Queen Amidala is quite iconic. Some of the costumes and hair designs she rocked are now the stuff of Star Wars legend. She’s also very quotable, and there is a legion of cosplayers out there who dress up as her for every pop culture convention – particularly in the battle outfit she wore in Attack of the Clones.

The character’s biggest claim to fame is being the lover and confidant of Anakin Skywalker. His love for her ultimately led to his fall to the dark side of the Force.

She is, of course, just as well known for being the mother of Luke and Leia – the twins whose journey across the stars would lead to restoring the balance in the Force.

With all that in mind, these are the best quotes from Padmé Amidala.

She has some solid lines in The Phantom Menace that show Queen Amidala as a strong leader despite being a teenager.

When Revenge of the Sith came around, Natalie Portman was a vastly improved actress (or perhaps she was given better lines), and her character's story arc called for more dramatic moments.

Revenge of the Sith also features Padmé's heartbreaking parting words as she dies of a broken heart. There's a nice echo of a particular father and son moment in Return of the Jedi: