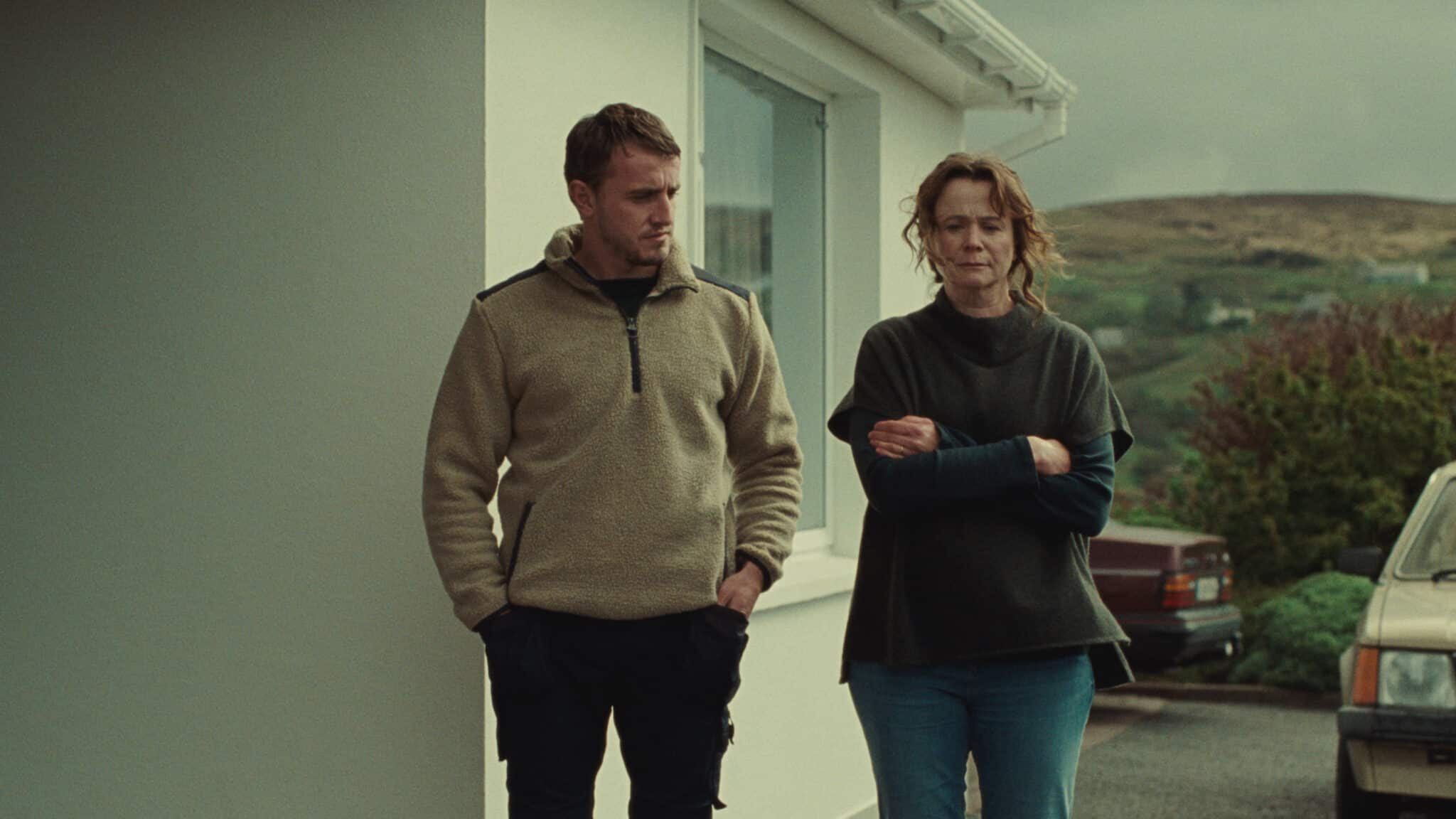 For a film that’s all about death, whether of illusions, our place in our personal history, or the more literal kind, God’s Creatures includes quite a few debuts. For Saela Davis, it’s her first turn directing after a long career of film editing, her co-director Anna Rose Holmer is helming her first feature since her 2015 critical hit The Fits, and Emily Watson is in a rare lead role rather than her usual supporting turn.

Together they bring a hard, unsentimental, scrutinizing gaze to an Irish fishing community and those who reside there, who seem all but determined to be out of sync with the water they earn their living from to the point that they refuse to learn how to swim. They are all deeply connected in the way small, dying communities often are, including the insularity that tends to ostracize those who violate its rules.

Things are brought to a head by prodigal son Brian O'Hara (Paul Mescal) returning after years abroad to the delight of many, especially his mother Aileen (Emily Watson), more so when he decides to revive their long-dormant oyster business. When her son is accused of a terrible crime, Aileen does what a good mother has been taught to do in her deeply religious Catholic community – she lies for him, deepening the tragedy into a series of events that will wreak havoc throughout the family and community alike.

Some of the dynamics are familiar, including the boys club disparaging a woman who dares to try to hold them accountable. Some are not, such as the seafood factory (facing no threat of closure!) barely keeping the village afloat and is practically another character alongside the turbulent sea. When trouble starts, it does so when work has been forced to shut down, the equivalent of a hot summer day in more affluent environments.

But affluence is the furthest thing from any of the residents, especially the mostly female workforce who toil in the factory, sharing a closeness borne of hard physical labor and an unspoken agreement to remain silent about the more unpleasant, often violent elements in their lives. Even the younger among them have a sense of weariness borne of harsh experiences of family histories tangled in addiction and despair.

Aileen has managed to make a good life for herself despite the odds, building a loving relationship with her husband and children. Ignorance may be bliss, but even she must eventually grapple with a fact that becomes increasingly obvious: she has borne poison fruit, and her coworker Sarah (Aisling Franciosi), who she once dreamed of becoming part of her family, is now suffering for it, and she and many of her friends and neighbors are complicit.

Franciosi infamously portrayed a woman under siege in the divisive schlockfest The Nightingale, so it's a refreshing change to see her rise to the occasion in a far subtler way in God’s Creatures. Her voice is what provides beauty and lyricism to her community in song up until the end when the film lets another vocal presence sing her away to pastures that are hopefully better since it’s hard to imagine greener.

Watson has no shortage of achievements herself, and as one of the only on-screen talents who doesn’t hail from the Irish culture being portrayed with loving sternness, she nevertheless manages to capture every emotional beat of a mother who gazes on the son she lovingly cherishes with increasing horror.

With the closeup shots that make use of every fiber of Watson’s theatrical background so effectively, God’s Creatures is mostly uninterested in any distractions from such tight focus, keeping its ambiance mostly limited to crunching gravel, folksy ominous drums, and the ocean waves which continually provide the background hum to Watson’s deteriorating emotional state.

If there’s any competition for our attention, it may be Chayse Irvin. Cinematographers rarely provide competition for such on-screen talent, but Irwin could give many a thespian a run for their money. With IMDb credits that include Lemonade and Hannah, another bleak personal study led by a sterling actress, he’ll leave you wondering if hell also includes rolling hills that could take your breath away.

Such scenes bespeak a kind of rural David Fincher in their ability to capture bleakness in such poetic beauty, so much that it can leave some of the side characters behind. But Fincher is relatively simplistic in his concepts, and complex in their execution. Davis and Holmer manage to peel back layers of a harsh patriarchal hamlet to a landscape rooted in femininity, one with the potential to purge those who become a blight.

Check out the latest on all the movies in theaters now.

Zac Efron Lends Charm, But Not Depth to Peter Farrelly’s ‘The Greatest Beer Run Ever’

55 Spooky Songs for Your Halloween Playlist