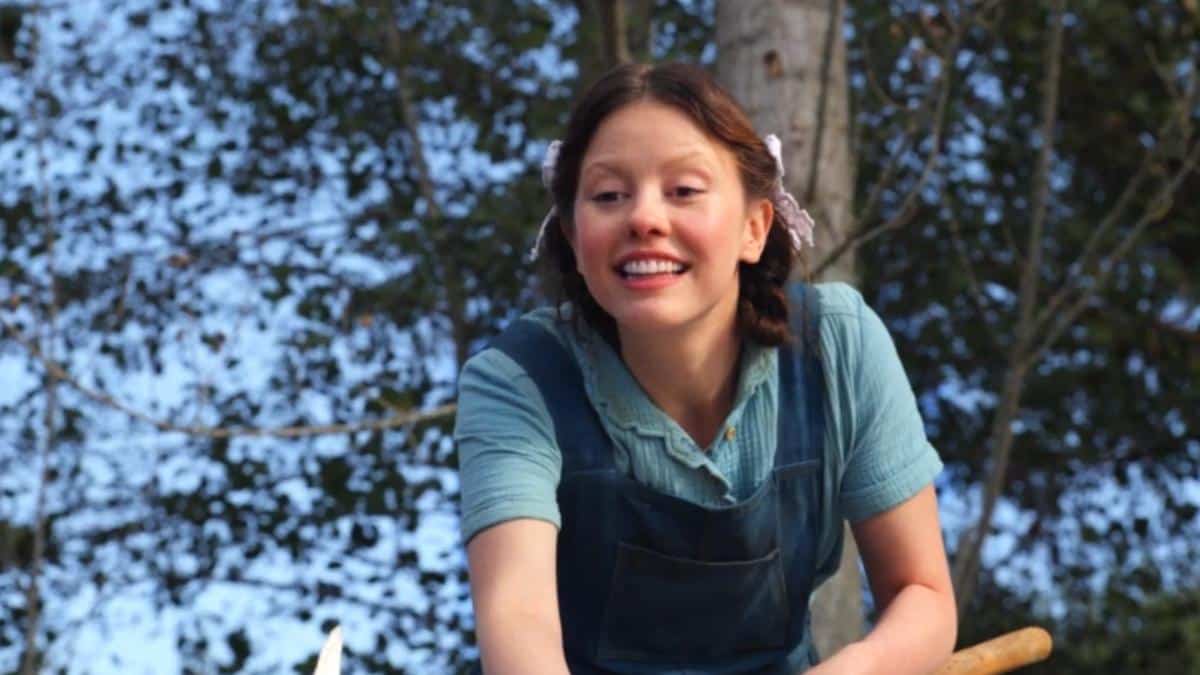 It’s hard to imagine anyone watching Pearl without seeing X earlier this year. Pearl is a prequel, so there’s, of course, a connection between the two films. But usually, filmmakers (or studios) are interested in allowing each film to speak for itself (see the most recent entry in the Predator franchise Prey, also a prequel). But Pearl doesn’t seem like it wants to stand on its own.

Yet as a companion piece to X, it’s a fascinating, if ultimately inessential, film. Co-written by star Mia Goth and director Ti West, the film centers on the titular Pearl. It follows her for a few days as a series of significant events occur. The film feels novelistic as it lacks a single overarching plot and instead meanders, touching on Pearl’s relationships with various people, each of whom brings out different aspects of her personality.

She fights with her mother about her future, seems to care for her sick father, is attracted to the young projectionist at the theater, and attempts to maintain a friendship with her sister-in-law. Her husband Howard (played by Stephen Ure in X and Alistair Sewell here) is absent for almost the entirety of the film. The year is 1918, and Howard, as a man of honor and duty, decided that he needed to enlist in the war effort.

The setting in 1918 also means that the film takes place during the last global pandemic. This interesting and unnerving choice allows the film to use a historical event to feel closer to our current reality. This setting also allows the film to explore Pearl’s loneliness more fully. She isn’t just missing her husband; she’s also missing the general company of people one would experience in day-to-day life outside of a pandemic.

The pandemic also opens another avenue for conflict between Pearl and her mother. When Pearl’s mother learns that Pearl saw a movie, she doesn’t just chastise her daughter for having spent money; she reprimands her for bringing danger into their home.

But like her antecedent (or rather descendent) Maxine (also played by Goth) in X, Pearl knows she is destined for more than this life. She’s confident that she’s a star. The opening credits introduce us to a magical world where she performs for the farm animals. The sequence feels reminiscent of The Wizard of Oz in the same way that X feels reminiscent of The Texas Chainsaw Massacre. Albeit that reminiscence is set off by an opening shot that mimics the opening of the doors in Oz, so West is pointing rather clearly.

The connection to Maxine in X lends Pearl almost all of its thematic heft and intrigue. From the opening sequence in which she dances for the animals and tells them she’s going to be a star, we know it will not happen for her. Pearl is a tragic character in X, an old woman who believes that the life she deserves has passed her by, but in Pearl, she’s a wide-eyed young woman who still has hope, and it’s devastating.

It’s all the more devastating because Goth’s performance is so spectacular. She’s able to make a simple question heartbreaking, and her turns between sweet, sad, and furious are all believable and palpable no matter how quickly they come.

The film often feels like it exists only to serve this performance, especially as West rarely moves the camera and only does so once without Goth in the frame. It’s a bravura sequence made all the more jarring because of her absence until the end of the shot. In the film’s longest single shot, the camera remains static and focused on Pearl as she delivers a monologue full of pain, anger, and desperation to her sister-in-law Mitzy (Emma Jenkins-Purro).

For several reasons, it makes sense that the film is so singularly focused on Pearl. Extra-textually, Goth co-wrote the screenplay with West and would, of course, want to challenge herself. But within the world of Pearl and X, this centering on Pearl serves to reiterate the themes of X and deepen the emotional impact of Pearl’s story there. In a way, it’s also an admission by West, that X was always Pearl’s story, as much, if not more, than Maxine’s.

Where Are We Going?

The drawback with Pearl is not so much that the film lives entirely in X’s shadow, but instead that it feels somewhat unfocused and continues when it should end. The meandering nature of the film allows for a broad look at Pearl and many different aspects of her character, but it also means that there is no narrative driver injecting momentum into the film.

It’s much less a horror movie than a character study with some horrific moments scattered throughout, and the most impactful of those arrives firmly at the movie’s end. But the movie continues after that. To be fair, there’s an incredible kaleidoscopic sequence after what should be the film’s ending that makes it a bit easier to stomach the unnecessary continuation. But that’s the first of about three scenes that feel as though they don’t add anything to the movie; instead dampening the impact of its would-be-finale equally viscerally thrilling and emotionally devastating moment.

The film can’t be said to waste any time before this, as even at its most vignette-ish, every story draws a fuller picture of Pearl. The ending felt somewhat disappointing at the moment, but as I reflect on Pearl, that narrative disappointment fades, and I’m left simply in awe of Goth’s performance.

Pearl debuts exclusively in theaters on September 16. Click here for the latest on all the movies in theaters now.

This article was published and syndicated on Wealth of Geeks.

A Frantic Housing Market Searches the Internet to Cash In