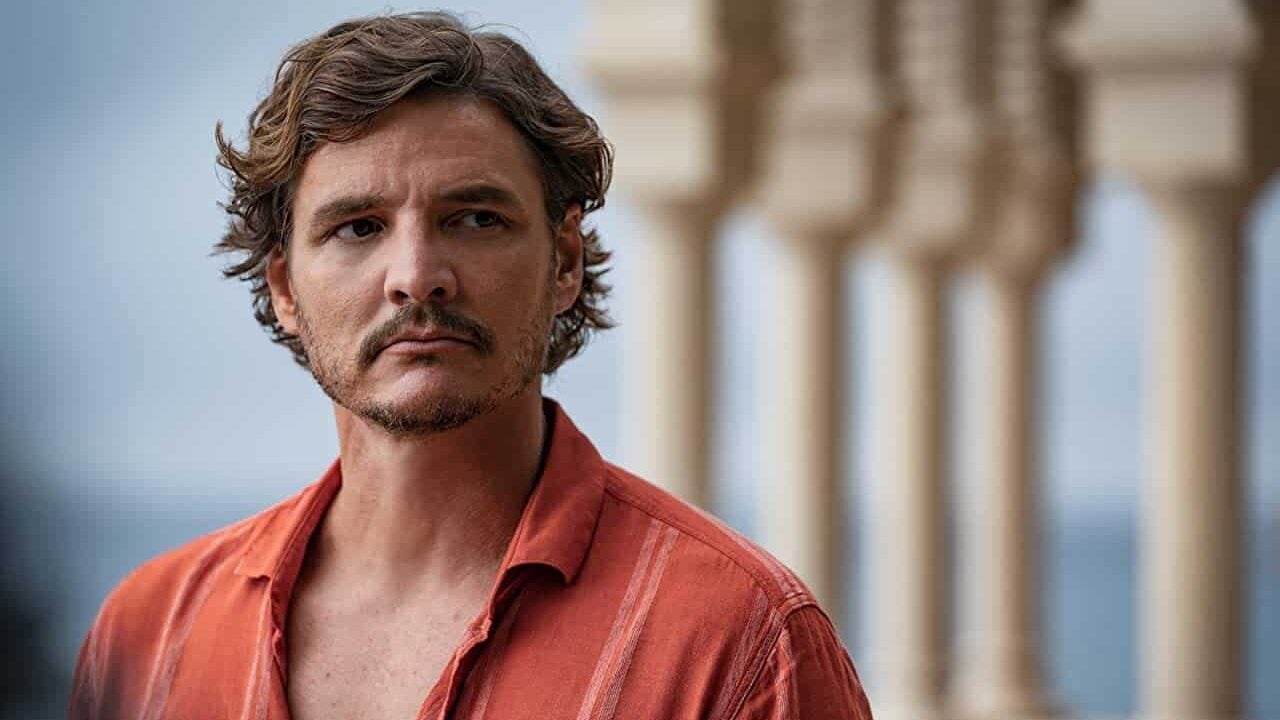 Did you finally watch The Unbearable Weight of Massive Talent and now you're dying to see Pedro Pascal's other film roles? Well, you're in luck! Pedro Pascal is one of our greatest actors, known for his ability to bring characters to life that often don't have the most screen time. That power has made him someone that fans long to see on screen.

Here are ten of Pedro Pascal‘s best movies and where to stream them!

Prospect is the 2018 sci-fi thriller starring Pedro Pascal as Ezra, a miner who comes in contact with Cee (Sophie Thatcher) and her father Damon (Jay Duplass) on an alien planet. When things go array, Ezra and Cee must work together to take care of one another and it is Pascal as a space cowboy so really, it is a win-win situation for fans everywhere. Just maybe be aware that it is rough to watch at some points if you lean more towards the squeamish side of things, it is a…journey to say the least. But Pedro Pascal with a fun little blonde streak taking care of a kid? Who can ask for anything more!

The film was released by Gunpowder & Sky and is currently streaming on Hulu with premium access. It is also available to rent from Vudu and Amazon Prime Video for $1.99, or Apple TV and Google Play Movies & TV for $3.99. It's well worth the watch and an incredible movie showing the power that Pascal has on screen!

Love vampires? Love the idea that we are vampires to the workforce and that if Pedro Pascal was our vampire boss it might not be that bad? Well boy do I have the comedy for you! Bloodsucking Bastards is most definitely not a movie for everyone but it is a bro-ish comedy that somehow holds up from its 2013 release until now and is funny, wonderful, and Pascal as Max Phillips is incredible so why not head into the darkness? Plus, he walks into this movie wearing a three-piece suit and sunglasses while inside an office building so instantly a 10/10 rating. And this movie does mean that Pascal is, by the rules of the FX series What We Do In The Shadows, a vampire in real life.

You can stream Bloodsucking Bastards for free on Amazon Prime Video, Vudu, and Tubi. If you want to rent it, there are paid options available as well on Apple TV, YouTube, and more!

The 2015 movie Sweets from director R.E. Rodgers as the logline “One woman's struggle with life – when life is on the way.” Sarita Choudhury stars as Sweets with Pedro Pascal starring as Twin Peter and the film itself has a small cast for the drama. There isn't much about it online and it does seem as if Pascal's character doesn't have much screentime but it is still a film in his filmography that ended up coming out right around the same time that Pascal had his star turn as Oberyn Martell in Game of Thrones so it is a transition film for him as an actor but still looks fascinating.

The problem is that Sweets is very hard to find online. Hopefully, it becomes available for streaming soon, especially for those of us who like completing filmographies and want to watch everything that Pedro Pascal has done, but right now, Sweets might be the problem in completing your watch through.

The Great Wall has been called a great many things but everyone seems to be under the same consensus: It's a fun mess. Pedro Pascal stars as Tovar in the Yi-Mou Zhang 2016 film and while it has been called a “white savior” film, it also filled with inaccuracies breaking away from history and just generally a bit of a disaster. But one that fans can't seem to take their eyes off of. And can you blame them with a cast this stacked? Outside of Pedro Pascal, the film stars Matt Damon, Willem Dafoe, Jing Tian, and more!

You do, unfortunately, have to pay to rent The Great Wall. And there isn't a cheaper option either. Vudu, Amazon Prime Video, Apple TV, YouTube, and more all have the movie available for rent for $3.99. And maybe Pedro Pascal with a fun face scar is worth it because really, isn't he worth any bad movie?

Eggsy doesn't know what to do with himself when he discovers the American version of the Kingsman in Kingsman: The Golden Circle and he meets Agent Whiskey. Pedro Pascal with a whip? And a southern accent? It's a dream. The Kingsman franchise isn't for everyone and it is, in its own way, a commentary on movies like the James Bond franchise or spy thrillers in general but there's something about The Golden Circle that just works. Pair that with him working with Jeff Bridges, Taron Egerton, and Halle Berry and it is just an incredible movie to lose yourself in. Again, Pedro Pascal's Whiskey does have a whip and it is also an electric whip, just in case you were on the fence about this one.

You can rent Kingsman: The Golden Circle on most streaming services for $3.99. And if you haven't watched Kingsman: A Secret Service, why not make it a double feature and have a grand time?

The Equalizer proved to us all that Denzel Washington is, for lack of a better term, a badass. Now, with The Equalizer 2, we got a bit of a look into his past and those he worked with, one being Dave York (Pedro Pascal). The movie isn't perfect but watching as ex-friend and now enemy Dave York and Robert McCall face off against each other in the middle of a storm is surprisingly cool. Dave York isn't a good man but Pedro Pascal brings something to the role that keeps you coming back to him, even if you know it's going to hurt, and that's what makes Pascal so captivating.

Sling TV and Hulu both are streaming The Equalizer 2 with subscriptions and you can rent it on other streaming services for either $2.99 or $3.99 depending. And it is worth it to see good dad but bad man Dave York helping his kid with her homework for a few seconds.

7. If Beale Street Could Talk

If Beale Street Could Talk is very clearly a passion project for Pascal. Based on the James Baldwin novel, Pascal plays a small role in the film but has shared his love of Baldwin online, and in a movie this beautifully directed by Barry Jenkins, it's no surprise that Pedro Pascal wanted to be involved. Playing Pietro Alvarez, he stars in a scene opposite Regina King and brings such nuance to his role that he leaves a lasting impression, despite not having that much screen time. And maybe that's in part thanks to Pascal's love of Baldwin but it is a beautiful look at Baldwin's work and well worth the watch, even if Pedro Pascal isn't in the movie for very long.

If Beale Street Could Talk is available on Hulu for premium subscribers or you can rent the film for $3.99 on most major platforms. And this is one you don't want to miss. Just bring your tissues.

Frankie Morales is easily one of Pedro Pascal's best roles. Starring in the action film Triple Frontier opposite Ben Affleck, Oscar Isaac, Garrett Hedlund, and Charlie Hunnam, it is weirdly one of the best movies that takes a look at friendship, trauma, and what a group of men are willing to do to get money home to their families. Former Special Forces operatives reunite to do one more heist but things go wrong on their mission and it quickly becomes a life or death situation for the team. And watching as Oscar Isaac's Santiago Pope and Frankie interact with each other is worth every second.

Triple Frontier is available on Netflix and truly I could not recommend a movie enough. It's funny, it's heartbreaking, and if I could, I would marry Frankie Morales in a heartbeat because he's the only one on that team who tries to have some sort of sense in their situation.

Wonder Woman: 1984 was divisive among fans and critics but one thing was clear through all of the reviews: Pedro Pascal's Maxwell Lord was a standout performance. One of Diana Prince's iconic foes, Max Lord is the epitome of a businessman who thrives on success no matter how he obtains it. Patty Jenkins brought this Maxwell Lord to life in a bit of a different way, making him an 80s businessman who thrived in lying his way to the top and hid his failure behind lavish buildings and suits despite Lord having no means. But he had a heart in a way that the comic Maxwell Lord never did and it made audiences long for more of his over-the-top performance.

You can watch Wonder Woman: 1984 on HBO Max with a subscription and on Hulu with a premium subscription. Otherwise, you'll have to buy the film for $14.99 on streaming services like Vudu and Apple TV.

If you grew up watching the Spy Kids movies then maybe you want to head into the world of Marcus Mareno in We Can Be Heroes. From the mind of Robert Rodriguez, the Netflix movie introduces us into a world of heroes like Pedro Pascal's Marcus Moreno and Boyd Holbrook's Miracle Guy but when an alien invasion takes the heroes away from earth, their children must step up and take charge to protect us. Also, Christian Slater and Priyanka Chopra are in this movie because this cast is STACKED.

We Can Be Heroes

It's a beautiful coming-of-age story and one that, like Spy Kids, before it, shows kids that they too can do the right thing and be the heroes of their own stories. Because the next generation is often better at saving the world anyway. You can watch We Can Be Heroes on Netflix and when will we get a spin-off of the Moreno family and their spy-like abilities? Please?

10 Horrible Recent Movies You Should Avoid at All Costs