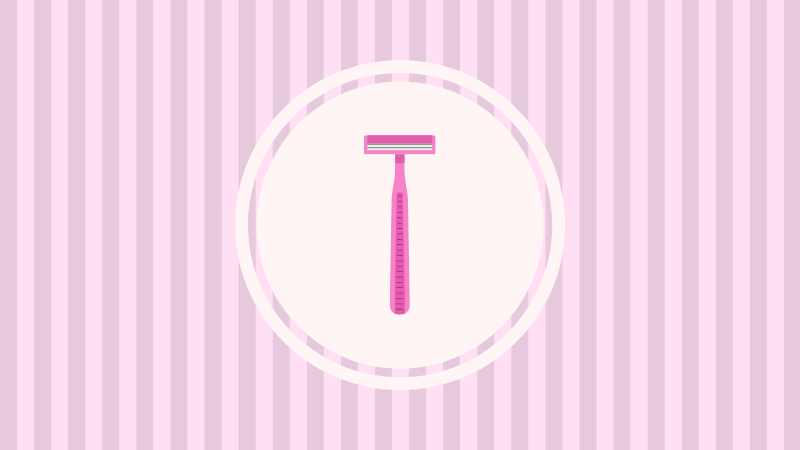 Being a woman is expensive. And we’re not just talking about the cost of cosmetics and manicures (if you’re into that sort of thing). There are a number of insidious practices that put women at a financial disadvantage — simply for existing.

You’ve probably heard about the gender wage gap. For every dollar a man earns, a woman earns an average of $0.82 for performing the equivalent job. The numbers are worse for women of color: Latina women earn $0.55, and Black women earn $0.63 for every $1 a white man earns.

But another financial roadblock women face that you may be less familiar with is called the “pink tax,” and it can be found on everything from toiletries to children’s toys.

What Is the Pink Tax?

The pink tax has likely been around for a long time, but it wasn’t widely recognized until 1994, when the state of California conducted a study on gender-based pricing. The study found that women effectively paid an annual “gender tax” of approximately $1,351 per year (roughly  $2,135 in today’s dollars).

Despite the name, the pink tax isn’t an actual tax, said George Birrell, a CPA, and founder of TaxHub. Rather, it’s “the extra amount that it costs to buy everyday items targeted toward women compared to those targeted toward men.”

In other words, retailers often tack on a higher price for products that are marketed for women, even though there’s no substantial difference from the “male” or gender-neutral version.

Sometimes, the product is simply colored pink (I mean, how else would we know it’s for us?). Others may be scented with girly notes of vanilla bean or hibiscus melon. Some are just labeled “for her” and then upcharged for the hell of it.

That includes items you might expect, such as shampoo, clothes, razors, and more. But the pink tax can also be found in some absurd situations, like laxatives for women. Because gender discrimination truly knows no bounds.

How Much Does the Pink Tax Cost Women?

An extra dollar here or there might not seem like a big deal, but it really adds up over time. And the pink tax rears its ugly head in many ways you might not expect.

A 2015 study of gender-based pricing in New York City found that out of the 35 product categories analyzed, all but five were priced higher for women than men.

Additionally, women's products cost an average of 7% more than similar products for men across the five main industries examined:

But it doesn’t stop with retail. Women are also charged more for all types of services simply because they are female.

For example, CBS News sent two producers — a man and a woman — to multiple dry cleaners throughout New York City. They each presented nearly identical white cotton button-up shirts with similar sizing for cleaning but were often quoted two different prices. In fact, the investigation found that the female staff member was charged at least double, sometimes even triple, by more than half of the dry cleaners they visited.

Another investigation by the National Bureau of Economic Research had male and female participants call mechanics to get quotes for car repairs. Interestingly, callers who sounded like they were well-informed about pricing received the same treatment no matter the gender. But women who were less informed about pricing were quoted about $23 more than men, on average.

The pink tax makes its way into the finance industry, too. One study by the Government Accountability Office, for example, found that women pay higher mortgage rates than men relative to their default risk.

Another study by the Consumer Federation of America found that women with perfect driving records are charged significantly higher auto insurance rates than men with similar records and other characteristics used to price policies.

How To Fight Back Against the Pink Tax (Dudes Included)

Are you pissed off yet?

The pink tax is so ingrained in society that it takes some practice to spot it. But once you do, it’s impossible to ignore. So what can be done to stop it?

For one, the pink tax will exist as long as women keep paying it. As a woman, it’s important to be an informed consumer and comparison shop to make sure that you aren’t paying extra just because a product is speckled with glitter or smells like apple blossoms. Look for the gender-neutral or male equivalent instead (hey, men’s razors work better anyway).

When comparing services, it’s important to do your research ahead of time, know the market rate, and compare several quotes to be sure you aren’t getting ripped off.

But the burden of fighting the pink tax shouldn’t fall solely on womens’ shoulders. After all, the pink tax exists because of the discriminatory practices of businesses. And that’s one area where men can lend a hand.

Start by boycotting companies that are known to add a pink tax to their products. Urban Outfitters and Levis, for example, were found to have the largest pricing disparities for adult clothing in one analysis, charging women 24.6% and 24.3% more, respectively. CVS upcharged women the most for personal care products (14.7%).

Even better, support companies that are taking a stand against the pink tax by offering gender-neutral pricing for their products. Brands such as Boxed, Snowe, Billie, and even Cards Against Humanity actively work to eliminate the pink tax.

Finally, call or write your local lawmakers and let them know that you want gender-based pricing to be outlawed. Some states have already begun the push to ban the pink tax. In October 2020, for instance, New York state began enforcing a new law that makes it illegal to charge more for products and services that are substantially similar but marketed to different genders. Businesses that violate the law will be subject to civil penalties.

It’s crazy to think that gender-based pricing is still legal and prevalent throughout the U.S. in 2021. But it won’t become a problem for businesses and lawmakers until we as consumers make it one. The pink tax is not just unfair — it’s one more factor contributing to the gender wealth gap when women already have so much stacked against them. That’s bad news for everyone, so let’s do something about it.

Review: Show Someone You Care Today With the Koya App