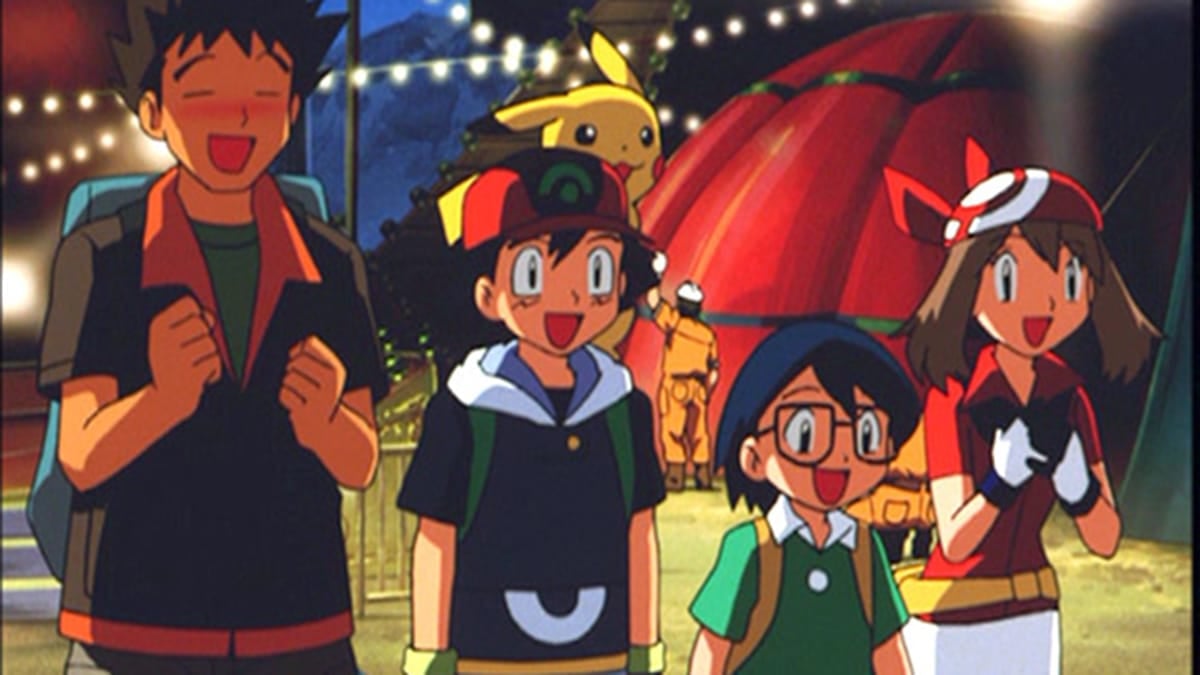 The world of Pokémon spin-off games is one of thrills, with adventures for all sorts of players. If you've got a craving for some photography, Pokémon Snap will be right up your alley.

If you're looking for a dungeon crawler mixed with slice-of-life, the Pokémon Mystery Dungeon series should suit your fancy, while Pokémon Puzzle League is perfect for those looking for a more crafty approach to their digital monsters. However, one groundbreaking game unlike any other is Pokémon Legends: Arceus.

For Nintendo fans in the Switch age, The Legend of Zelda: Breath of the Wild is an incredible open-world experience, revolutionizing the gaming world forever.

It's a masterpiece among fans, and even non-Zelda fans appreciate its expansive mechanics, gigantic world, and abundance of unique features. Legends: Arceus takes a unique approach to the Pokémon games unseen anywhere else.

The game's popularity caused an increasing demand for similar content. Having already explored the world of open-world gaming with their star franchise in Super Mario Odyssey, Nintendo naturally wanted to explore other franchises with the same mechanic.

So came the desire to explore the world of Pokémon for a genuinely immersive and expansive experience, resulting in Pokémon Legends: Arceus.

The game offers Pokémon fans the ability to explore a vast world populated by Pokémon that, unlike the mainline games, can be caught, viewed, and battled in real-time, as opposed to facing a dedicated, RPG-typical fighting screen.

Items became craftable, with resources available to be gathered across the map – with the help of your Pokémon, of course. Legends: Arceus features quests, immersive storylines, and lovable characters scattered across the world. There are ridable Pokémon, giant locations to wander around, new types of Pokémon never seen before, new forms, and so much more to experience.

Is the Game Multiplayer?

A typical feature of many mainline Pokémon games is the ability to battle, trade, and interact with other players around the globe. Of course, there are many different ways this happens in the various games, but the crux is some devices you get offered that allow you to connect to other players.

Legends: Arceus, unfortunately, lacks any feature like this. It even lacks local multiplayer.

Pokémon is a continuously changing series, and it wouldn't be far-fetched if it took some inspiration from a spin-off series – especially one that's extremely popular. However, there may be more to it than meets the eye. While it may lack any multiplayer features, that doesn't mean it can't offer some insight as to how multiplayer could evolve for Pokémon in the future.

How Does Pokémon Multiplayer Work?

Before addressing how Pokémon Legends: Arceus could affect the future of the franchise's multiplayer, it's essential to understand the different facets of what constitutes the multiplayer experience of a typical Pokémon game.

Generally, Pokémon multiplayer divides into two sharp camps – casual and competitive. Casual is what you'd see in most elements of standard play: you battle against strangers, friends, or family and have fun doing it.

Everything is like a complex chess game, featuring hundreds of pieces simultaneously against opponents who know the game just as inside and out as you do. Competitive Pokémon, on the other hand, is much more intense and rigorous. Players will analyze their Pokémon down to every detail, understanding the finest of the stats on each team member.

They'll examine the abilities featured on the Pokémon, the visible and invisible numerical combinations that tell which creatures are stronger than others. They'll try to breed and maximize the most obscure and seemingly irrelevant attributes of their Pokémon to get the slightest advantage in battle.

In terms of mainline Pokémon games, it's unlikely we'll see them directly replicate Legends: Arceus. After all, they go in entirely different directions and aren't exceptionally compatible with one another.

In addition, the mainline games are relatively linear and focused on giving a direct story with a clear, obvious path. In contrast, Legends: Arceus is focused on player choice, allowing the players to explore and experience the world however they'd like.

That said, one element of Legends: Arceus could offer a unique experience to the multiplayer of mainline games – controlling the player during battles.

You have to dodge and weave around attacks thrown at you by the opposing Pokémon, creating a new level of focus and strategy for you to face.

Adding this to the mainline games could add a different level of strategy. There's already a great deal to be had in the mainline games, no doubt, but adding more complexity could bring a new deal of challenge to players, spicing up the franchise and offering it a unique chance to grow in completely different ways.

How This Would Affect Casual and Competitive Players

This change would have different effects on both casual and competitive players. It'll challenge casual players, no doubt, and make it more fun for them, allowing a unique dimension to incorporate into the mix. For casual players, for instance, it'd likely create a new level of chaos in their play, similar to how party games like Super Smash Bros have a wildness inherent to their casual scene whenever new features get added.

On the other hand, competitive players would have to wrestle with this change on top of all the other ones that affect their play with every progressive game. It'd create a new depth that they have to analyze. Potentially, stats could be added to players as well, leading to a situation of maximizing stats on both your player character and Pokémon.

It'd create a new realm of difficulty, allowing these players to strategize in new ways as they have to focus on keeping multiple different entities safe from damage. It would make things harder, no doubt, but it'd also make things more fun and exciting for veteran players. After all, fans of rigorous strategy games always welcome a new challenge.