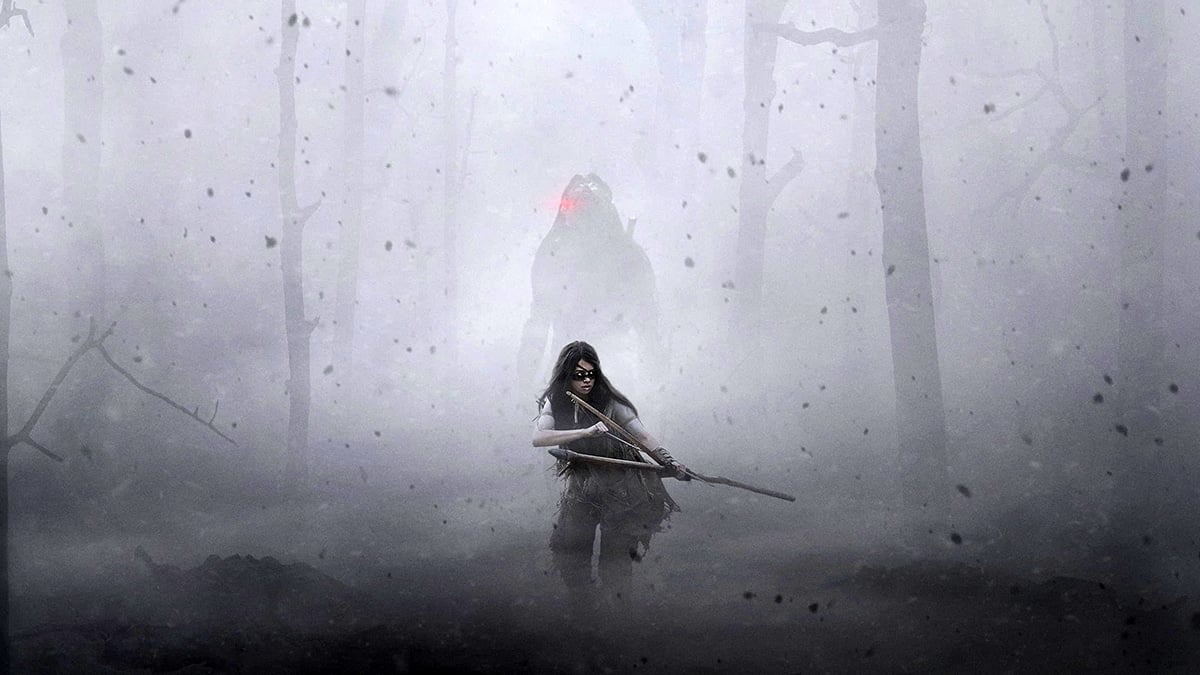 The most recent Predator movie isn’t coming to theaters, but it is streaming exclusively on Hulu on August 5th, and fans of these films will not want to miss it. Prey goes back to the roots of the Predator, focusing mostly on the hunt and the insanely fun kills.

The star of the film, Amber Midthunder, plays Naru and steals every scene as she goes toe to toe with the Predator. She might look like a young girl, but she is unafraid to take on this strange alien and puts him in his place more than once.

Midthunder will look familiar to those who have seen the FX show Legion. These viewers already know just how incredible she is, but if you haven’t wanted that series, get ready to be impressed by her acting ability. She truly is a talent.

Prey takes place 300 years ago so chronologically it is the first Predator film.

Focusing on what is likely the first arrival of a Predator on Earth, this movie sees the indigenous people going up against the Predator with no modern weapons. That’s right, there isn’t any firepower here, not really, instead they use bows and arrows and tomahawks.

This creates a unique take on the franchise that we haven’t yet seen. The massive fight sequences feel more brutal and with higher stakes than ever before. While there is a lot of recognizable Predator technology from the other films, he is more on the primal side as well.

Naru is a skilled warrior but has yet to prove herself within her tribe. She starts the film off looking for the perfect hunt to prove herself in a right of passage. Sound familiar? It should. This is the exact reason why the Predators themselves come to Earth. To hunt a worthy opponent and prove themselves to the rest of their people.

This was a brilliant writing move in terms of the plot. Once the two cross paths, the movie becomes an intense and dangerous game that is a complete blast to watch play out. Both components have something to prove and aren’t going down without a fight. Prey has some of the most insane and brutal kills, as well as some beautifully tragic scenes. They might be bloody, but they are gorgeous to look at.

The biggest issue with this film is that it takes a little bit of time to get going. The first twenty minutes or so are slow and full of buildup, but things get interesting after that, and audiences will be on the edges of their seats and unable to look away until the very end. Prey clocks in at ninety minutes which certainly helps with the pacing and flow.

The stunt work in Prey should be applauded as the best scenes in the film involve incredible action sequences that go on forever – in a good way. None of them feel rushed and they all have the time that they need to breathe, allowing them to be truly epic and what fans are looking for.

Predator is one of the franchises that is known for shocking and gore-filled deaths — and Prey very much delivers on that. Just when you think you have seen the best one yet and they could never top it, they do. Fans who hit play on this movie to see action and blood will be thrilled, but those who want to see an interesting Predator film with multiple Easter Eggs and ties to the other movies will be just as satisfied.

In fact, there is one moment at the very end that will make fans’ hearts swell as they piece it all together.

There isn’t a whole ton of dialogue in Prey, and what is there is always integral to the story. This allows the film to embrace the action, the hunt, and the intense moments, creating a powerful viewing experience.

This movie isn’t perfect, but it is a whole ton of fun. The runtime, visuals, score, and story prove this is one of the best in the Predator franchise. Prey streams exclusively on Hulu starting August 5th and fans will not want to miss it.