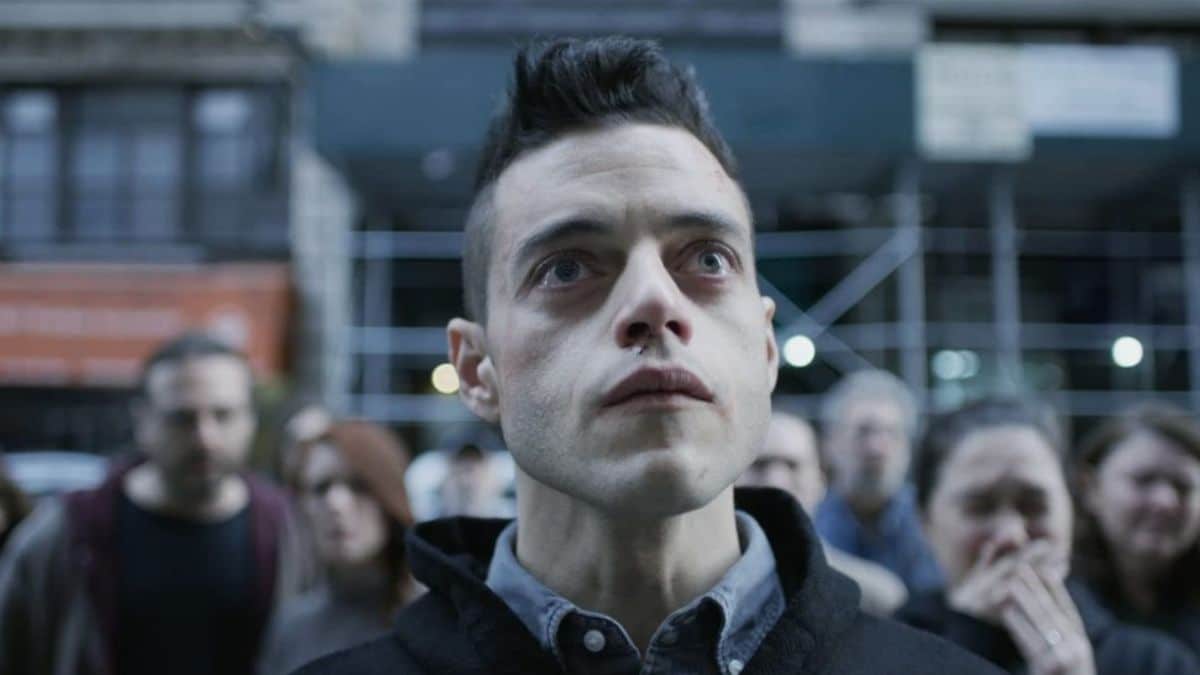 They continued, ” But, we like the kind of show that keeps you guessing and makes you go ‘What the friiiiiiiiiidge' like Black Mirror and Evil. Any recs would be much appreciated. Many thanks!”

Redditor sergiocamposnt expressed, “Mr. Robot is the best psychological thriller of all time, in my opinion. 10/10 masterpiece with 10/10 series finale.”

Set in an alternate timeline of the X-Men film series, Legion is a superhero television series based on David Haller / Legion, a character from Marvel Comics. Haller is a person with schizophrenia who has a strange encounter and discovers special powers.

From is a sci-fi horror TV series that tells the story of a town plagued by horrifying nocturnal beasts from its surrounding forest. The hellish town is in middle America and traps anyone who enters. It follows the townspeople who search for an escape and try to stay alive.

Homecoming is an anthology series that tells the story of Heidi (Julia Roberts), a live-in facility run by the Geist Group, Homecoming Transitional Support Center. It's a facility that helps soldiers transition to civilian life.

However, four years later, a U.S. Department of Defense auditor questioned why she left the facility. She then starts realizing an entirely different story behind the facade she's been telling herself.

Behind Her Eyes follows a single mother (Simona Brown )whose world becomes complicated after beginning an affair with her new boss (a psychiatrist) while simultaneously becoming friends with his wife (a mental patient). It's a love triangle cliche full of psychological suspense and twists that turn you.

Fringe is a hybrid-fantasy series that follows a fictional Fringe Division of the Federal Bureau of Investigation (FBI) under Homeland Security's supervision. They use FBI tactics and fringe science while investigating frightening events and unexplained occurrences related to the mysteries of a parallel universe.

Servant is a psychological horror series following a couple who lose their 13-week-old son and struggle to cope. They introduce a reborn doll after the wife suffers a psychotic break. She believes her child is real, and they hire a live-in nanny to care for him, and frightening occurrences begin developing.

Dark is a sci-fi thriller that tells the story of the fictional village's (Winden, Germany) pursuit of truth in the case of a missing child. It follows four estranged families unraveling a nefarious generational time travel conspiracy.

Hannibal is a psychological horror series based on characters and elements appearing in a series of Thomas Harris' novels. It explores the relationship between a forensic psychiatrist, Dr. Hannibal Lecter, and FBI special investigator Will Graham (Hugh Dancy).

What do you think about Reddits‘ psychological thriller picks? Do you have any more to add to this list?

How to Turn AI Art Into a Side Hustle

10 Most Controversial Movies Ever Based on Books