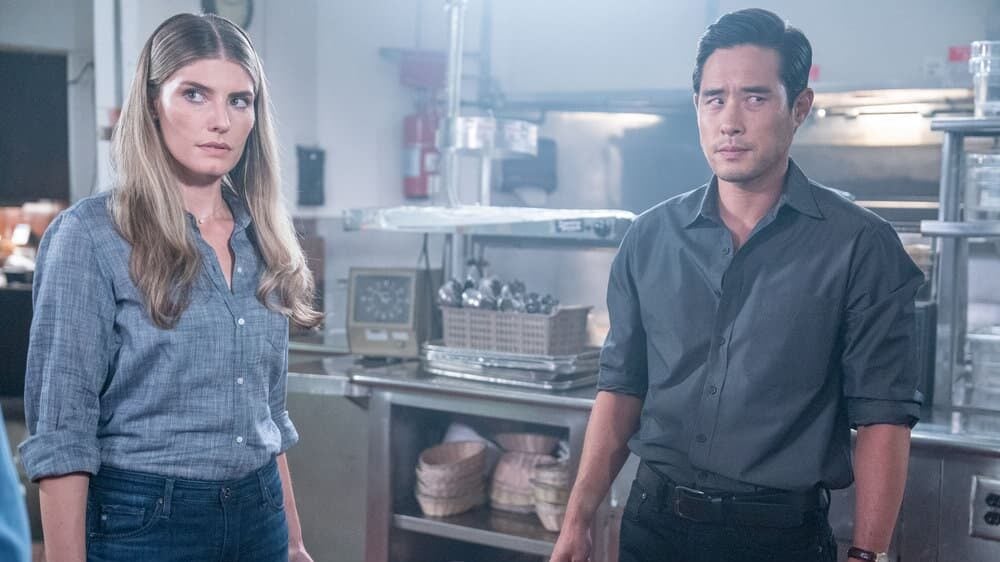 “Theorizing that one could time travel within his own lifetime, Dr. Samuel Beckett stepped into the Quantum Leap accelerator, and vanished…”

Nearly 30 years later, history is repeating itself. Or at least Don Bellisario is. He co-created the original Quantum Leap in 1989 with his then wife, Deborah Pratt, who also supplied the voice of AI Ziggy.

At the end of a 5 year (mostly) successful run on NBC, Sam’s final televised leap was into a weird limbo-esque place populated by familiar faces with other familiar names – a hodgepodge of former guest stars on the show – and a bartender who may or may not have been a manifestation of, well, God.

Sam (Scott Bakula) was given a choice and after rewriting one of his past leaps to reward his best friend and neurological holographic companion, we were told, “Dr. Sam Becket never returned home.”

Now, after several novels, a fan-made episode, and a few false starts by both Bellisario and Pratt to relaunch the original show as either a series or a movie, the Peacock Network once more has a time traveler on their roster.

Those Who Fail to Learn History

“He awoke to find himself trapped in the past, facing mirror images that were not his own, and driven by an unknown force to change history for the better.”

In the new show, debuting Monday, September 19, the physicist turned time traveler is Dr. Ben Song (Raymond Lee). His only guide on this journey is Addison (Caitlin Bassett, in her first major on-screen role), who appears as a hologram that only Ben can see and hear.

To avoid spoilers, I’ll limit my details to what’s been officially released, which is plenty. The original pilot that was greenlit was written by Steven Lilien & Bryan Wynbrandt, the co-creators of God Friended Me and Alcatraz.

They promised plenty of nods to the original show, plus the bonus of getting to see a lot more of the action back at the project base. Which is arguably easier to do when the project is set in 2022, as opposed to when Sam leaped, 10 years in the future of the writers’ room. They also hinted that they would emphasize even more the interplay between faith and science that Bellisario made a cornerstone of the original series.

Don’t Call It a Reboot

The goal of the refreshed project – to finally bring Sam back.

The staff at the new Project Quantum Leap is a little more colorful. Other than Admiral Al Calavicci (the late Dean Stockwell), we rarely saw people behind the scenes like Gooshi and Dr. Beeks, who each appeared in only a handful of episodes.

The tech wizard and self-proclaimed best friend of Dr. Song is Ian Wright, played by Mason Alexander Park, who recently wowed in their turn as Destiny in Neil Gaiman’s Sandman on Netflix. Leading Project Quantum Leap is Herbert “Magic” Williams, a VietNam War veteran – as witnessed at the beginning of the original show’s third season, when Sam leaped into the character. Now he’s played by Ghostbuster Ernie Hudson, with plenty of brash, but gentle frustration. Bosch’s Nanrisa Lee plays Jenn Chou, the head of digital security for the project.

In the past – 1985, right before Live Aid – the man requiring Ben’s history-changing largess is played by Michael Welch, from A Christmas Hero and a slew of TV movies since his days as Mike Newton on the Twilight Saga.

A few weeks ago, it was announced that Lillien and Wynbrandt had stepped down from the showrunner position, replaced by Martin Gero, the creator of Blindspot, an acclaimed showrunner in his own light. The storyline from the original pilot was expected to shift to episode three or four, and while some scenes and pieces of dialogue remain in Monday’s episode, it is a new story, choosing to establish many of the main characters pre-leap, as opposed to the mid-leap storyline as scripted earlier.

Back to the Future

No one knows why Ben chooses to leap – early, just as Sam historically did, although there are enough clever teases hinting at a larger purpose and timing behind his decision to forego the original plan and test subject. As is de rigueur for television shows in the age of streaming, there is something happening in the shadows – that Ben may or may not have been aware of.

As I mentioned, the project is set in our current times, and a lot of what you see at the home base is banks of computer servers and offices. At the heart of it though, is the Imaging Chamber – which looks spectacular and science fiction nerd-worthy as Ben steps into the accelerator.

While not quite as affable as Scott Bakula, Raymond Lee is an excellent choice for a modern everyman, leaping from life to life, striving to put right what once went wrong. He’s able to play the great mix of humor and pathos that always worked well on Quantum Leap. No surprise as his other major credit is AMC’s Kevin Can F**k Himself (although if you look close, you can spot him as Yale on Top Gun: Maverick).

Dr. Ben Song also shares many qualities with Dr. Sam Beckett. In addition to being a physicist, he speaks several languages and is apparently really good at BS-ing his way out of bewildering situations while still trying to decipher them. The show also plays with Sam’s iconic “Oh boy,” uttered in almost every classic episode.

Although Lilien and Wynbrandt are not top dogs on the show anymore, I have to wonder if they wrote the original pilot with Caitlin Basset in mind, as her real-life backstory mirrors her character’s almost perfectly – two tours in Afghanistan and 7 years as an intelligence analyst for the Army. She’s no slouch in the acting department either, but I’m sure it helps for some of the more technical scenes to have a shared background with your role.

Again, I can’t go into too much detail without spoiling some significant plot lines. Suffice it to say there are lots of nods and Easter eggs to the original show. We don’t hear Ziggy in this episode, but there is a handlink, and, once she’s up and running, ‘she' does help them work out what needs to change.

The ‘swiss cheese memory’ issues that plagued Sam throughout the series are back – now a known side effect of leaping. Some rules have changed – where Al initially could not reveal certain aspects of Sam’s past and the project, Addison has no such compunctions.

Addison and Song are a good duo. You’ll never get the camaraderie that Stockwell and Bakula had, but that’s okay. Addison and Song have their own relationship and solid banter

Addison also seems to be a little more hands-on proactive than Al. While the Admiral would often take advantage of moving freely and Sam being able to hear him so he could assist from the future, so far Addison’s help is more practical. She does have all that military training after all. Lee plays Ben with just the right amount of earnestness too – you can see why “God or the universe or whoever chose” him, as Admiral Calavicci used to say.

The interplay between the players at home works very well, they already feel like a well-oiled team, if not a committed family.

Suffice it to say, the new show is a solid spiritual as well as physical heir to the cult-classic show loved by millions. With any luck, we’ll get to see a lot of Ben putting right what once went wrong, and lots of nostalgic reminders of the past, balanced with the reality of real-world issues often rather swept under the rug. Sadly, while Dr. Song’s life won’t cross into VietNam or the Watts Riots, or the Civil Rights marches – we still have many issues since the mid-80’s that most people wish they didn’t have to think about – but absolutely should.

And who knows, perhaps we’ll see Sammy Jo (Dr. Beckett’s daughter, conceived during a leap), other drop-ins from classic leaps, and even new Evil Leapers? Maybe we’ll even get a visit from the original leaper himself – he’s got some free time, considering his new show Unbroken was not picked up by NBC.

Quantum Leap airs Mondays at 10pm, after The Voice on NBC. It streams the following day on Peacock, at the Premium tier.