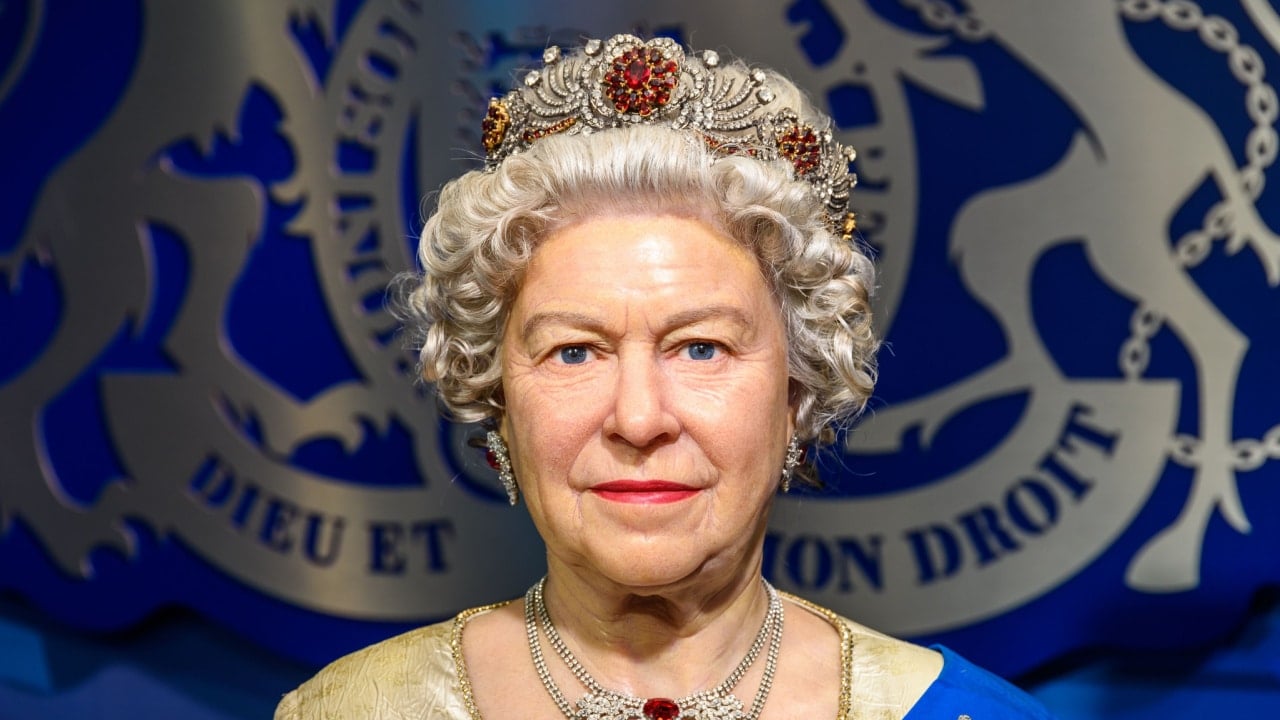 The world lost so much more than a Queen on September 8.

Queen Elizabeth II was an international icon, having ruled for longer than any other British monarch. At 25, she took over the throne after the death of King George VI, her father, on February 6, 1952. Then, she was slightly more than two months short of her 26th birthday.

Being born into royalty, to then the Duke and Duchess of York, the Queen was immediately in the spotlight. Princess Elizabeth was born on April 21, 1926. That same year, A.A. Milne dedicated Teddy Bear and Other Songs, which featured his beloved character, Winnie-the-Pooh, to the new Princess.

As she grew, the young, future Queen became a natural at being in the spotlight. From movies to tv shows, from comic books to the Wizarding World of Hogwarts, authors, filmmakers, songwriters, and many other artists, included the Queen in their stories and pieces.

According to Comic Vine, the Queen made 77 appearances in various comic books, such as West Coast Avengers and Star Trek. Pop artist Andy Warhol included Queen Elizabeth in his 16-piece series, “Reigning Queens 1985.” Warhol had based his artwork of the Queen on a photograph of hers from her 1977 Silver Jubilee. Her Royalty also became a star on the Internet. Memes, with her pictures, often went viral.

Even now, her on-screen life captivates audiences as they watch The Crown. The Netflix show is a dramatized series on the Queen’s life, from when she wed Philip, Duke of Edinburgh, through the early 21st Century. With her majesty’s recent death, The Crown fans wonder if the show will continue and portray her last years on the show too.

But there is much more to the Queen’s immortality than these examples. There are probably hundreds more. The following is a list of the top 10 times the world loved the Queen so much, international society made her a part of pop culture.

10. Saying No to the Iron Throne

People waited anxiously, sometimes years, to watch the next season of Game Thrones, wondering who would die next or who would sleep with who. Ten million fans tuned into the seventh season episodes every week. Many would have loved to have sat on the Iron Throne to see what it felt like to rule all nine provinces.

In 2014, amidst the heyday of the well-known show, the Queen visited the Westeros set in Belfast, Ireland, along with Prince Philip. The tour included having the show’s Producers, David Benioff and D.B. Weiss, lead them behind the scenes, including taking them to the impressive Iron Throne.

However, the Queen must have been exhausted from being the monarch of 15 countries. She said “no” to sitting on the Iron Throne. The idea of ruling a kingdom with dragons and dark magic may have been too much for her.

While the refusal from an average person would not have been a big deal, the Queen’s refusal was newspaper fodder. Her turning down the opportunity became a part of the show’s history and folklore. People respect her so much; they want to know the reason for her actions. “You know who wouldn’t sit on the Iron Throne,” people asked.

Children have always adored Mickey and his precious Minnie. A newborn Princess Elizabeth was no exception. She, and her sister, Princess Margaret Rhodes, had a bunch of toys and dolls, including two early, creepy versions of Mickey and Minnie.

When the two girls got tired of these Mickey-and-Minnie, weird-looking prototypes, the royal family gave the toys, along with a bunch of other toys, to the children’s nanny, Clara Knight. After dying in 1946, the nanny left the toys to different family members.

In 2017, Knight's family decided to sell the toy at an auction with Burstow & Hewett of Battle, East Sussex. Due to the toys having a connection to the Queen, the toys were more expensively valued than ordinary ones. Auctioneers were not surprised the two rodents made the most, with the duo selling for £1,050, which is a little more than $1,215.

Indirectly, her Highness spread some Disney cheer – as creepy as those dolls may be.

The longest-running tv show had to include the adored Queen in some of its episodes. She appeared in six episodes of The Simpsons, and the characters mentioned her in three other episodes.

The Queen laid down the law when she sentenced Homer to prison in the infamous Tower of London. While vacationing in London with Marge and the rest of the family, Homer hit Queen Elizabeth’s carriage with the Mini Cooper he was driving.

If that wasn’t enough, Homer accused her Majesty of being an imposter because he thought the initials on her baggage, “H.R.H.,” stood for Henrietta R. Hippo instead of what it meant, “Her Royal Highness.”

The Queen pardons the donut-loving character. No one can stay angry at Homer for long. But in return, Homer promises the Queen to take Madonna with him to the United States. (That was during the time Madonna thought she was British.)

But these cameos show how the Queen has become an integral part of society. She will always be a part of The Simpsons‘ legacy.

7. Hogwarts Didn’t Forget About the Queen

J.K. Rowling didn’t forget about the Queen when she wrote about Hogwarts. Muggles are not the only ones who have heard of the Queen. The wizarding world has too.

Harry Potter fans may not remember that an unknown witch or wizard transformed the Queen’s precious corgi into a hamster. (The Queen is known to be an avid Corgi breeder and has owned more than 30 during her life.) The Daily Prophet, the wizarding world’s newspaper, had reported on the 1991 event.

This unfortunate incident caused the Improper Use of Magic Office to cite a disturbance. Meanwhile, Muggle police decided that someone had replaced her corgi with a hamster as a mean joke.

Queen Elizabeth returned the favor of being a part of wizarding history when she named a 2012 brood of dogs after Harry Potter characters. She called one “Gryffindor,” – who is one of the founders of Hogwarts, but she didn’t give out the names of the others. She may have wanted to protect her puppies from becoming hamsters again.

6. The Misadventures of Rex, the Queen’s Corgi

That’s not the only time the corgis made it on screen.

Movie producers loved the Queen and her corgis so much; they made a movie about her darling pups. In 2019, the Belgian animation studio, nWave Pictures, brought The Queen’s Corgi to the public.

The movie, geared toward children, is about Rex, her Majesty’s pup. Rex somehow becomes accidentally exiled from Buckingham Palace and has to find his way back to his Queen.

Unfortunately, the movie did not do well due to ‘inappropriate innuendo' found throughout the movie. (The film holds a 0 percent on Rotten Tomatoes.) In one scene, former President Donald Trump said, “Grab them by the puppy,” to allude to the vulgar phrase he used to describe women when talking to a former entertainment newscaster.

However, Rex did make it into the arms of his Queen, who was happy to find him safe and healthy. And he lives out the rest of his life at Buckingham Palace.

But, hey, it’s the thought that counts – right?

The Queen’s taste in fashion inspired the outfit of one of Hollywood’s most revered characters, Princess Leia Organa, in Star Wars: Episode VIII – The Last Jedi. It only makes sense that British royalty inspires Star Wars royalty.

Movie officials instructed costume designer Michael Kaplan to give the princess a new look. So, Kaplan looked to the Queen’s wardrobe for help. That’s when he thought Princess Leia could look sharp in the same types of capes the Queen wore.

He had seen some pictures of Queen Elizabeth II donning a military cape, and he thought that could be the perfect accessory for a princess who was also a rebel, fighting for justice.

Kaplan told HELLO, “Toward the end of the film, there’s a beautiful shot of her looking above the cape, with just her eyes, with the collar spiraling around her head and face. It’s a beautiful moment.”

Without the Queen, that iconic scene would not have been in the movie.

One honey-loving, cuddly character shares the same birth year as her highness.

Five years later, Disney created a 45-second clip where Pooh and the gang, which included Christopher Robin, Piglet, Tigger, and Eeyore, journeyed from their Hundred Acre Wood to the palace to deliver a special present to the Queen for her 95th birthday.

They presented to her eminence 95 balloons tied to a large pot of sweet honey.

Earlier this year, on June 5, 2022, she had tea with another classic children’s book character, Paddington Bear. The short movie of the tea party for two was a part of the palace’s Platinum Jubilee.

At the end of the sketch, Paddington congratulates the Queen on her 70-year reign on the throne.

People could watch the party in a video clip available to the public.

2. Her Highness, the Spy

During the 2012 Summer Olympics opening, the special agent playing actor and the Queen met at the palace before simultaneously parachuting into the Olympic stadium in London. Readers can view the duo’s grand entrance here.

During an episode of BBC Radio 4’s The Reunion, Oscar-winning director Danny Boyle said that the Queen kept her lips sealed about this confidential plan. The episode commemorated the 10th anniversary of the event.

The production stage manager Sam Hunter told Yahoo! Entertainment, “The queen never told her family she was doing it. That was one of the stipulations that she agreed to be part of it. So, if you actually see when she comes and she takes her seat, you can see her family go, ‘Ah, nice one.”

The video premiered to more than a billion people. Body doubles performed the actual jump, but not everyone has to know that, either. Mum, those lips.

1.     The Royal Mark in Nintendo History

There are also many fans of the Queen due to her talent for gaming. She may have been in her 90s, but she liked taking over the video game controls – especially during family game nights.

It was almost like she had played the game for years. She was a natural when it came to bowling perfect game.

Her love for playing Wii Sports gave Nintendo officials a gold idea. Nintendo partnered with THQ Games and created a gold-plated Wii console – the only one of its kind – as a present for the world leader.

Game officials say they are not sure if the Queen ever played the console, but the console did find its way to eBay, where it had a starting bid of $300,000.

The Queen may have represented dignity, sophistication, high class, and rich society, but she also knew how to have fun and how to not take things too seriously.

Many connected with her down-to-earth personality. People will miss her light-hearted jokes, her elegance, and her steadfast and dedicated duty to her country and her people.

She is a legend no one will forget.

And pop culture will never forget her.

As Pooh told Her Majesty in a Tweet from Disney UK, “Rest in peace, Your Majesty.”

Business Owners Reveal The Worst Career Advice They Were Given