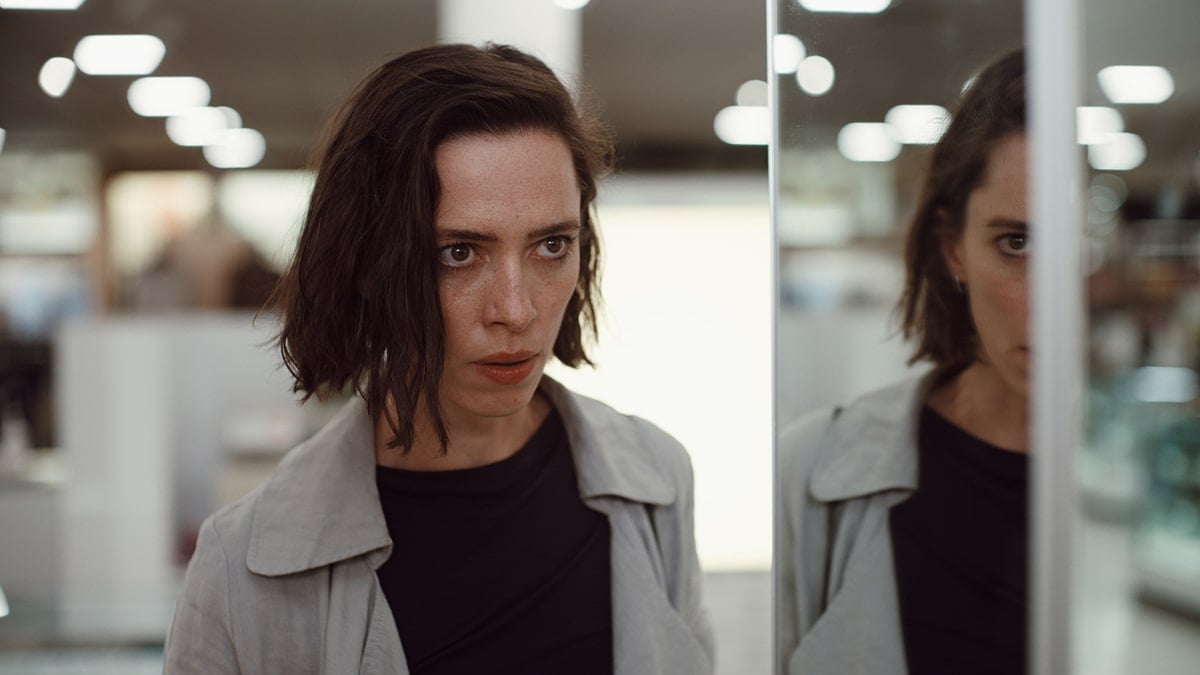 It’s difficult to know if Resurrection is defined by its protagonist Margaret’s (Rebecca Hall) trauma or merely as obsessed as she herself becomes. A woman devoted to her carefully disciplined life and her teenage daughter Abbie (Grace Kaufman), whom she’s raised on her own with little knowledge or interest in who fathered her, clearly Margaret has nowhere to go but to pieces.

So when David (Tim Roth), a man from Margaret’s horrifically traumatic past, shows up, everything she’s built comes tumbling down around her. Like many a flawed execution of an idea that’s great as a screenplay, none of it would work without Rebecca Hall’s glorious, committedly unhinged performance.

Because Margaret hasn’t been #MeToo’ed as much as RKelly’ed, with David once functioning in her life as a kind of one-man cult who sought to control her body, thoughts, and actions, resulting in the death, or more accurately, the murder of the infant son she birthed on their bed. When Margaret does relate the complete story, it has more in common with folk tales where children of all ages meet truly grotesque fates at the hands of sadistic witches and ogres than any hashtag.

And Resurrection almost seems to want to match her background and become as extreme as the trauma Margaret endured, posing the kinds of questions that the movie never meant us to consider. The kind that asks if it takes so much grotesquerie for filmmakers such as writer-director Andrew Semans to truly empathize with female trauma.

Or maybe who empathizes with Margaret is the real question. Although she has cut herself off from the people around her to the extent that photos of her daughter, which are sans any other faces, on her family wall represent the full extent of whom she’s allowed into her inner circle, Margaret is clearly willing to unlatch the gate enough to be a real mentor to the younger women in her office and assist them in standing up to the toxic men in their own lives.

Actions such as this tend to build on themselves and coalesce into a support network even for someone as withholding as Margaret, but Resurrection doesn’t seem to comprehend this, let alone acknowledge it. When Margaret reveals her backstory to one of her mentees, the young Gwyn (Angela Wong Carbone), she is innocent and ill-equipped to a nearly pathological degree in her inability to even comprehend Margaret’s past, to say nothing of actually assisting her at any point.

The only people who make an attempt are her daughter, whose lack of knowledge of her mother’s past is at least understandable, and her married lover Peter (Michael Esper), the only adult who endeavors to intervene in Margaret’s life for the better. It’s an attempt at restraint in all the wrong ways, with Semans unable to imagine a loving community that could grow around the broken woman he clearly views Margaret as. But in spite of her efforts to close herself off, it’s far more unrealistic for Margaret to be so friendless given how much time and attention she’s devoted to quietly empowering other women in her office.

Instead, Semans immerses us in Margaret’s fractured mental state to a degree that the only surprise can come from the extremes she takes it to, which leaves the film unable to reckon with the very real power imbalances that would create this situation in the first place. By that time there are few questions left about just how David reappeared in Margaret’s life, only a question of just where it’s left her, which is left an open question to an insulting degree.

In the movie’s eyes, David can only regain a foothold in Margaret’s world and mind by appropriating female power, namely the ability to not only birth but potentially withhold life, a view of motherhood that leaves no room for the complexity of the modern experience. All that remains is the singular devotion that women are pressured into feeling despite numerous and very vocal stories of ambivalence and even regret, which tend to allow space for women to simultaneously and sincerely express their very deep love for their children.

No doubt Resurrection also sincerely believes in its attempt at advocacy, but the exploitation is what lasts, especially in the movie’s third act, which culminates in a climactic bloody fever dream that distastefully reeks of an even more regressive view of birth and maternity rather than a lingering sense of tragedy.

If Semans had at least included a female co-writer, perhaps the weight of the movie wouldn’t fall entirely on Hall’s very capable shoulders. As it is, anyone with an appetite for a depiction of the horrors of sexism are better off viewing Watcher, a movie written and directed by a woman which feasibly depicts how another woman’s life can deteriorate into a living hell at the hands of a man who (for the most part) barely lays a hand on her.

Resurrection is playing at selected theaters and will begin streaming on Shudder in October 2022. Follow us here for the latest movies in theater now.

An Intro Guide to Sandman and the Universe of Dreams