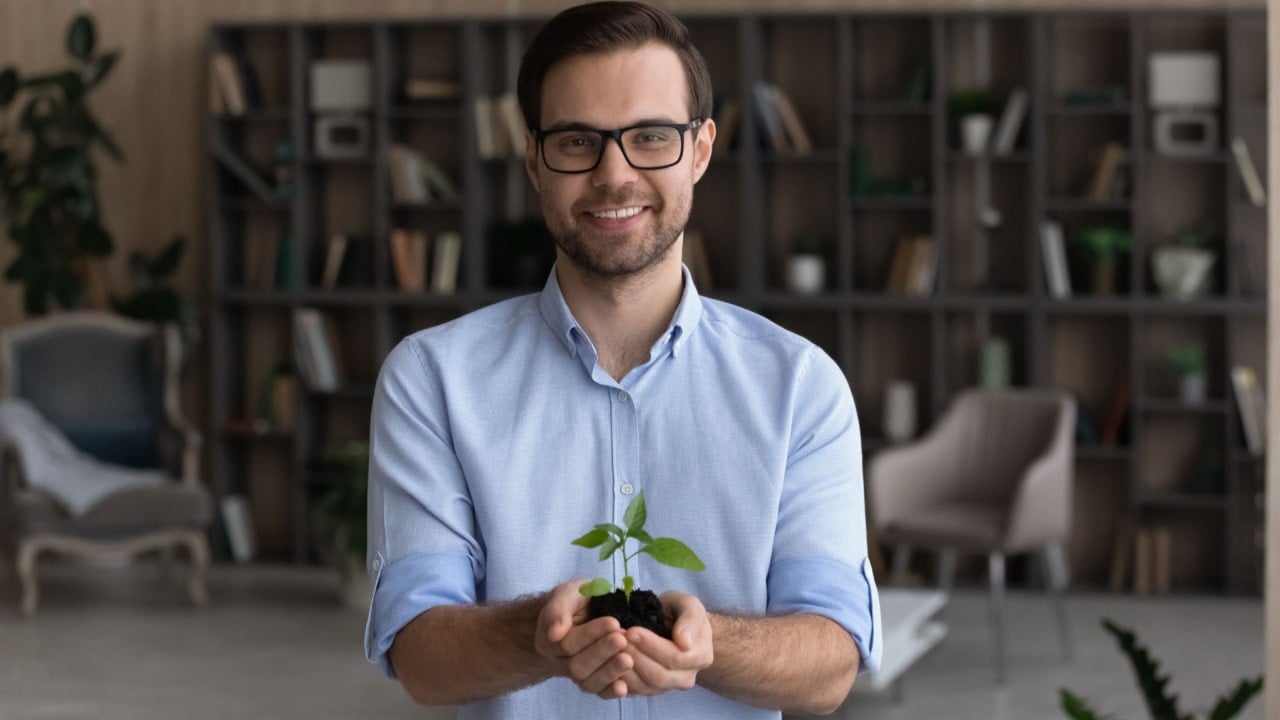 Just a couple of weeks ago, Credit Suisse bank reported that the Inflation Reduction Act of 2022 (IRA) “will have a profound effect across industries in the next decade and beyond.”

Because of how the law is written, they say government spending could run more than double the already $274 trillion projected by the Congressional Budget Office. Even before that announcement, the incentives and tax credits offered in the legislation are priming the U.S. renewable energy sector for explosive growth.

In addition, the International Energy Agency has set a roadmap for 90% of global energy production to come from renewable sources by 2050.

While inflation-resistant investments like Gold and Silver may be the flavor of the month, this is a great time to research potential green energy stocks to add to your portfolio as the market bounces back.

Here are the top 7 trending renewable energy stocks, based on an analysis of worldwide Google searches compiled by CMC Markets, as well as a few interesting facts about each company to assist in your decision-making.

Tesla is the most searched renewable energy stock worldwide, with more than 18 times as many searches as the second most popular stock. While most of us are familiar with Tesla’s electric vehicles, a large part of the stock’s popularity is also due to its founder, Elon Musk.

Besides the ultra-popular electric cars, Tesla’s products include solar panels and batteries for green energy generation and storage. As the leading electric car manufacturer in the world, Tesla’s popularity is sure to keep it on the top of this list for years to come.

Gevo may be poised for fast growth, funded by the U.S. Department of Agriculture as part of an initiative to create low-carbon intensity corn and sustainable aviation fuel.

Plug Power operates out of New York and creates green power out of hydrogen.

How? The company uses an electrolyzer powered by renewable energy sources like solar, wind, or water to capture hydrogen. This captured hydrogen then powers electric vehicles, homes, and businesses with nearly zero emissions.

With hydrogen power expected to finally become cost-effective and turn into an $11 trillion market, there is considerable buzz around Plug Power as a leading player in this market.

The company’s power purchase agreement includes installing and maintaining solar panels on customers’ homes at no upfront cost. Sunrun then sells back energy to the customer at an agreed upon rate for 20-25 years.

Like Sunrun or Plug Power, Bloom Energy sells renewable electricity to consumers with the promise of nearly zero emissions.

Like some other renewable energy stocks on this list, SunPower provides photovoltaic systems, batteries, and software to homeowners in 50 U.S. States.

SunPower’s panels are designed to be more efficient than its competitors due to a patented design that reduces the amount of reflected sunlight and maximizes absorbed energy.

Cielo Waste Solutions is a Canadian company focused on transforming the abundance of organic and other household waste into renewable diesel without producing harmful emissions.

The company applies a catalytic process to transform waste into liquid. This liquid is then heated to high temperatures, distilled, and heated at different temperatures to produce lower-carbon diesel and kerosene.

This post was produced by Ash and Pri and syndicated by Wealth of Geeks.

Ash & Pri are the Founders of AshandPri.com where they empower others to make smart money decisions across all aspects of life. They achieved financial freedom in their 30's and have traveled to over 30 countries, thanks to a disciplined approach to money management. Both hold an MBA degree and have 13+ years of experience in financial services, consulting, and telecommunications.

Experiencing Toxicity in the Workplace? 5 Ways to Avoid The Negativity