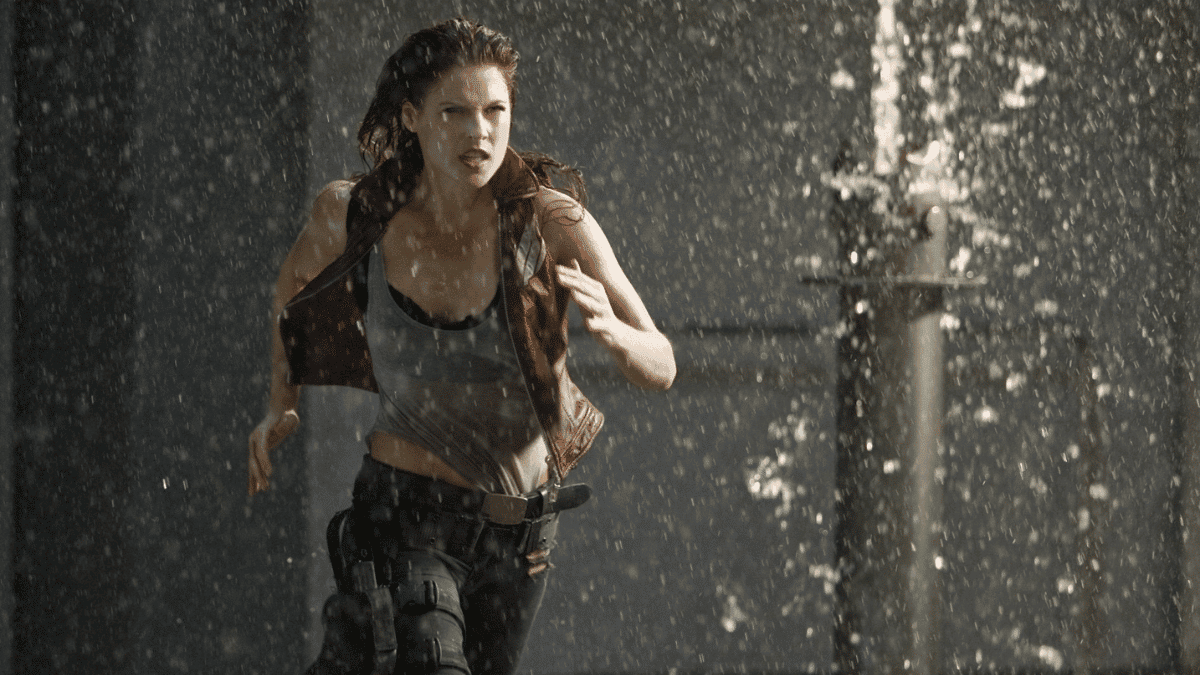 Resident Evil is a hugely successful media franchise created by Capcom in 1996. The popular horror franchise originated as a video game and has since spawned over a dozen additional games, seven live-action movies, three animated movies, a couple of television shows, countless novels and comics, and a tremendous amount of merchandise.

The Resident Evil movies have become a very prominent part of popular culture, with the likes of Milla Jovovich, Oded Fehr, Ali Larter, Iain Glen, Jared Harris, Wentworth Miller, Michelle Rodriguez, and Ruby Rose starring in them. In addition, they're undoubtedly the most successful movies adapted from video games.

In this piece, we'll take you through all the movies – including the animated ones – in the Resident Evil franchise. The entries are listed by release date and the chronological order in which you should watch them.

Very loosely based on the video game series of the same name, Resident Evil is an action horror movie. It was initially titled Resident Evil: Ground Zero, but that changed after the September 11 attacks. It sees Alice – an enhanced woman with amnesia – and a group of Umbrella Corporation commandos attempting to contain the outbreak of the T-virus at a secret underground facility.

This movie set the tone for the franchise – it's violent, bloody, loud, and incredibly cheesy. While there's barely any praiseworthy dialogue, the relentless gore-gilled action is enough to satiate horror fans. In addition, its anti-corporate message helps to differentiate it from most other zombie movies.

Resident Evil: Apocalypse was Witt's feature-length directorial debut. It's set immediately after the events of the first movie and sees Alice having fled the zombie-infested underground facility. In this one, she joins forces with a group of fellow survivors in an attempt to escape the zombie outbreak, which has now spread to the nearby Raccoon City.

What this one lacks in plot, it certainly makes up for with even more action and gore than its predecessor. It's also fast-paced and, at times, funny, which certainly aids the watching experience. The villainous ante gets suitably upped with the inclusion of the nigh-unstoppable Nemesis.

Picking up an unspecified (presumably short) amount of time after the second movie, Resident Evil: Extinction again follows Alice. This time, she's alongside a group of survivors from Raccoon City. Alice attempts to lead the group across the Mojave desert wilderness to Alaska in her continued attempts to escape the zombie apocalypse.

This installment is more of the same. There's a terrific scene involving a flock of murderous infected crows – like The Birds meets Night of the Living Dead. There's also an attempt to domesticate zombies that creates a newer, more intelligent breed of the undead. Other than that, expect relentless action and gore like the previous movies.

The fourth movie again follows Alice as she searches for survivors of the T-virus in Los Angeles. Unfortunately, she teams up with them against prominent series antagonist Albert Wesker – the head of the Umbrella Corporation. This movie also sees the first movie appearance of Chris Redfield – a primary character from the Resident Evil video games.

This one has a messy plot, and the pace is slower, but there's still plenty to enjoy for hardcore fans. Most notably, the formidable, superpowered Wesker is a worthy and formidable foe for the protagonists. It was also the first installment to be shot in 3D, which – quite literally – adds a new dimension to proceedings.

Resident Evil: Retribution is another movie that focuses on Alice. In this one, the Umbrella Corporation has captured her, and she must make her escape from an underwater facility in the Extreme North. Umbrella uses the facility to test the T-virus.

This installment is more like a video game than any of the others – thanks mainly to its overreliance on CGI (it does look pretty stylish, admittedly). It's also more action-packed than the other movies in the franchise. It sees Alice having to fight against her brainwashed former ally, Jill Valentine, which adds a new emotional layer to the climactic battle.

A movie with “Final” in the title that genuinely was the last installment in the franchise (a rarity in Hollywood), Resident Evil: The Final Chapter offers much the same as its predecessors, only on a larger scale. It sees Alice and her friends betrayed by an Albert Wesker clone, who throws everything Umbrella has against them in a final strike.

Depending on your preference, this could be the best or worst movie in the franchise. It's chaotic, teeming with CGI action, and leaves Alice's ultimate fate undecided. Finally, however, she ends the franchise as she started it – fighting – which is undoubtedly very fitting.

The first of three Japanese animated movies based on the Resident Evil video games, Resident Evil: Degeneration, sees CIA agent Leon S. Kennedy and TerraSave worker Claire Redfield taking on a rogue warrior hellbent on revenge after unleashing the deadly G-Virus. At the same time, a vicious mutated monster goes on the rampage.

Although the animation is far from perfect, Resident Evil: Degeneration is a violent and bloody hoot. It's certainly an improvement on the live-action franchise and one that avid Resident Evil gamers will undoubtedly enjoy. The best thing about it is Tyrant, who makes one heck of a nasty villain.

The second movie in the animated trilogy, Resident Evil: Damnation, focuses on the usage of biological weapons in a war zone in a European war zone. It sees the return of Leon S. Kennedy as he investigates said use during an Eastern Slav Republic's civil war.

It deviates from the traditional narrative of the series and benefits enormously as a result. It has crisp animation, great visuals, and some big action scenes. The inclusion of Lickers and Tyrants still makes it feel like a Resident Evil movie, but the story is a refreshing change. Resident Evil: Damnation is the best Resident Evil movie by some distance.

Resident Evil: Vendetta takes place in 2014, between the events of the games Resident Evil 6 and Resident Evil 7: Biohazard. It sees BSAA agent Chris Redfield recruiting Leon S. Kennedy and Rebecca Chambers to help him stop Glenn Arias – a former CIA agent with a vendetta – from spreading a deadly virus in New York.

It's the poorest movie in the trilogy, but it still has its merits. It's evident that the action has an anime influence, so it looks great. The new type of Tyrant monster that arrives in the movie's third act is fantastic. Sadly, it feels rushed and not as well-written as the other two animated installments.

Resident Evil: Welcome to Raccoon City is a reboot of the live-action Resident Evil movies based on the stories of the first and second games in the franchise. It's set back in 1998 and follows a small group of people attempting to survive during a zombie outbreak in the titular Raccoon City.

This one sticks much more closely to the source material, so if that's what you're looking you'll love it. Overall, it's good fun, and there's a good amount of character development resulting in you caring when certain characters get hurt or die. However, it lacks the scares associated with the Resident Evil franchise.