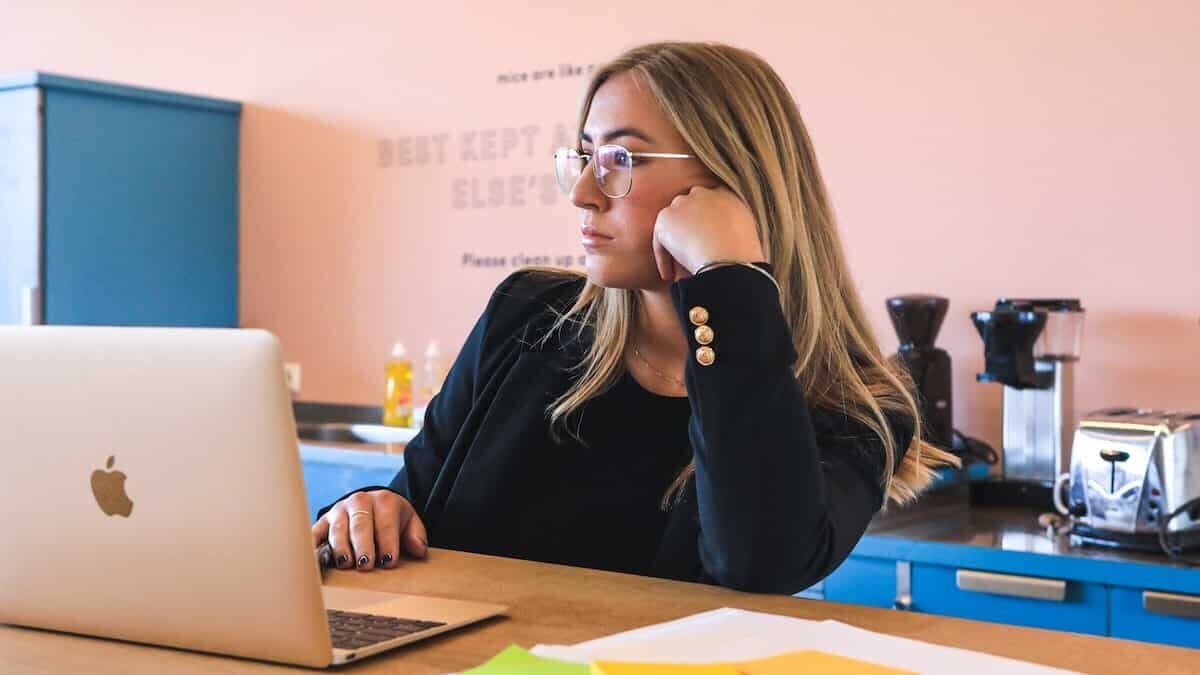 It seems the revolving door isn't just for C-suite execs anymore. Many ordinary workers go back and forth between companies, often coming full circle.

American companies seem to be on a hiring spree, with the U.S. economy adding 372,000 jobs last month. These numbers defy the looming recession narrative, with all the jobs lost during COVID now restored. However, as the sun sets on the Great Resignation, many workers are back where they started – literally – sitting at their same old desk.

One in five workers who quit during the pandemic has now returned to their former jobs, according to a recent report by Joblist. Meanwhile, 41% of those surveyed said they'd consider doing the same and becoming a “boomerang” employee.

If done correctly, the boomerang trajectory can benefit employees and employers alike. Yet whether it is a temporary twist in the post-pandemic recovery story or part of the new normal of American work remains to be seen.

There are several reasons why employees are migrating back to the familiar territory of their old workplaces. Many workers said they found it hard to find another job or discovered their new position wasn't as good as they'd envisioned.

Another significant factor is colleagues. Bonds formed with colleagues can often provide essential emotional grounding and comradery in work life. Although some relished staying at home during the pandemic, others may have felt disconnected and lonely and could be now seeking to settle themselves back into the social fabric of their workplace.

Another less talked about perk is the boomerang bonus. According to Andres Lares of Shapiro Negotiations Institute, returning employees may have the upper hand in renegotiating their salaries. This is not only because they have proven themselves in the job before but may have been offered a better pay package from a rival company while they were away, which they can use as leverage.

Employers also benefit from hiring a familiar face who knows the ropes of the organization. Firstly, it makes financial sense. It costs companies much less to open the door to an old hand who knows the job already than to onboard a new recruit. They also don't need to waste resources conducting aptitude tests or early-stage performance reviews as they know they can perform the role.

According to one study at Cornell University, returnees typically outperform company newcomers by a significant margin. Researchers studied thousands of workers at a large health care organization over eight years. They found boomerang employees did exceptionally well in roles that required higher internal coordination and where incumbents dominated. This, the research suggests, was due to the boomerangs' prior familiarity with the organization's inner workings.

Every company has a particular culture embedded within the organization. It comprises knowing who the influential decision makers are, navigating the interpersonal networks, and being in sync with the collective group's behavioral practices and underlying values. Acquiring that know-how takes precious time, but it's something a boomerang employee has at hand when they walk back in.

“The boomerang employee is valuable from two perspectives: the knowledge we lost when they left, and also the knowledge they gained while they were away,” Sarah Wilson, chief people officer at e-commerce tech startup Rokt, told ZDNet last month.

That knowledge can be practical, such as new skills the employee learned while gone, either in a professional setting or recreationally. It could also be strategic knowledge – such as insight into rival firms. This suggests that those who quit their former company, but circled around to another firm in the industry, bring an even greater value, especially if they are at a senior level.

How can companies get better at catching boomeranging employees?

According to UKG CEO Aron Ain, managers need to understand why their workers left and try to improve their work experience once they return. Ain told Fortune that his company excels at listening to employees' feelings. As a result, he estimates that UKG typically sees hundreds of former workers return within two years of leaving.

It's hard to say how long the trend may last. We may be going through a ‘boomeranging boom' at the moment, but there are signs that the trend could be here to stay.

According to one study by Workplace Trends, almost half of all Millenials surveyed said they'd consider boomeranging back to a former employer. In contrast, only 33% of Gen Xers and 29% of Baby Boomers said the same. As more Baby Boomers retire in the coming years and Millennials move up the ranks of corporate America, the practice may become more normalized. So don't write off boomeranging as another pandemic fad just yet – it may just keep coming back.

They/Them Slashes the Queerphobia From the Slasher