In the wake of The Great Disaster, Chancellor Lina Soh plans to show off the strength and unity of the Republic with a grand Republic Fair, but the Nihil have other plans in mind for the celebrations on Valo. Will the Jedi be able to stave off another disaster?

Cavan Scott’s The Rising Storm is an Intricate Masterpiece

When Star Wars: The High Republic launched in January with Charles Soule’s Light of the Jedi, readers were fully immersed in a new era of Star Wars with a new cast of characters, locations, and stories that had never been seen before. This posed a challenge for some, like myself, who struggled to visualize such a robust catalog of new characters. Fortunately, since the first wave of novels were released, Marvel and IDW have had two comic series to help acquaint us with the core cast of Jedi and the Nihil.

While the first phase of The High Republic helped to establish the world-building aspects within the era, The Rising Storm places readers into a fully actualized world filled with all of the new characters that we have come to love. Though this review does not contain major spoilers, there are allusions to some of the bigger plot points in the novel. Reader discretion is advised.

Cavan Scott’s The Rising Storm is a masterpiece. He deserves the title of Path Finder because he has navigated a path through a complex plot by interweaving dozens of individual stories that were scattered across the galaxy into one converging incident.

He expertly balances a massive cast of still-brand new characters, giving each of them their own unique voices and narratives, which is no easy feat. The Rising Storm is filled to the brim with compelling characters that are thrown head-first into action-packed sequences, heart-pumping battles, slow-burn intrigue, and even a little romance.

Romance? In my Star Wars? You best believe it.

The Rising Storm is a lot like Light of the Jedi in the fact that there isn’t one central character to anchor the plot, but there are at least six core characters whose points of view help to navigate readers through the storm. Stellan Gios is, at long last, introduced to us; Elzar Mann returns sans Avar Kriss; Bell Zettifar grapples with the loss of his master Loden Greatstorm; the former Jedi Padawan Ty Yorrick makes a grand entrance; while Marchion Ro and Lourna Dee wreak havoc.

I have loved every previous glimpse of Elzar Mann we have had over the past six months, but I am absolutely enthralled by Scott’s characterization of the flirtatious and charming Jedi. At the close of Soule’s Light of the Jedi, Elzar Mann was faced with a dark vision of the future. One that may just come true in The Rising Storm as the Nihil reign down terror on the Republic Fair.

Marchion Ro, the Eye of the Nihil, finds himself facing a different kind of storm on the rise. One where his control over the Nihil is gradually slipping now that some of the Nihil have learned the truth about the paths. But even in the face of potential mutiny, Marchion Ro remains steadfast in his personal pursuits.

On an entirely personal note, Marchion Ro has filled a Kylo Ren-shaped hole in my heart and I am begging The High Republic not to break me in the same ways that the sequel trilogy did. There are so many little things about this character that have quickly endeared me to him. From his “obsession” with his collection of relics to his daddy issues, his subordinates usurping his control, his really cool mask, and of course his unclear aspirations with the power that he does have.

For those who read my reviews of The High Republic-era content, you have probably been reading this review and just waiting for me to dive into my feelings about the Nihil and the Jedi. I don’t want to get too deep into the meat of the story, so you will have to wait until some poor soul invites me onto a podcast to discuss the Nihil again, but I do still fully support them. Are they bad? Do they do bad things? They sure do, but they still make a lot of really compelling points about the Republic and the Jedi who uphold the Republic’s colonization tactics.

Our core group of Jedi all have very strong feelings about the Nihil, which is understandable given the absolute chaos that has been created by them, but at the same time, I find some of their ideas about the Nihil to be extremely frustrating. Which they’re supposed to be! I think.  Ultimately both sides of this conflict are being driven to extremes and brushes with the Dark Side of the force. It makes for an incredibly fun read.

These are the kind of stories I’ve been longing for in Star Wars. I have read a lot of Star Wars books over the course of my life (like, all of the Expanded Universe) and I feel confident in my assertation that The Rising Storm ranks among my personal Top 5 Star Wars novels.

As with anything in the Star Wars universe, there is a lot of pressure on the core authors tasked with bringing The High Republic to life, but for anyone with remaining hesitations about diving into this era, rest assured that The Rising Storm is a blast from start to finish. 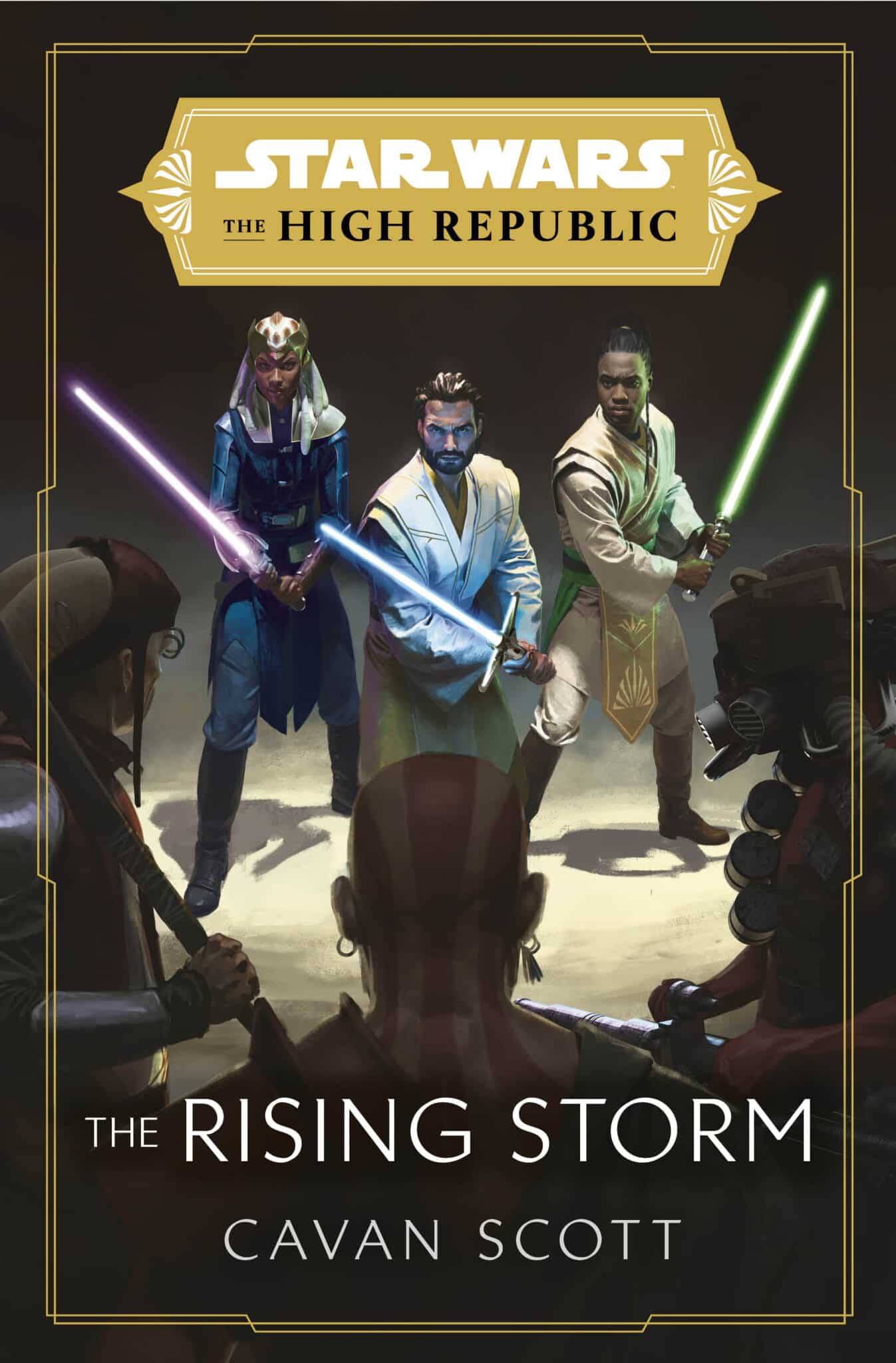 A Blast from Start to Finish