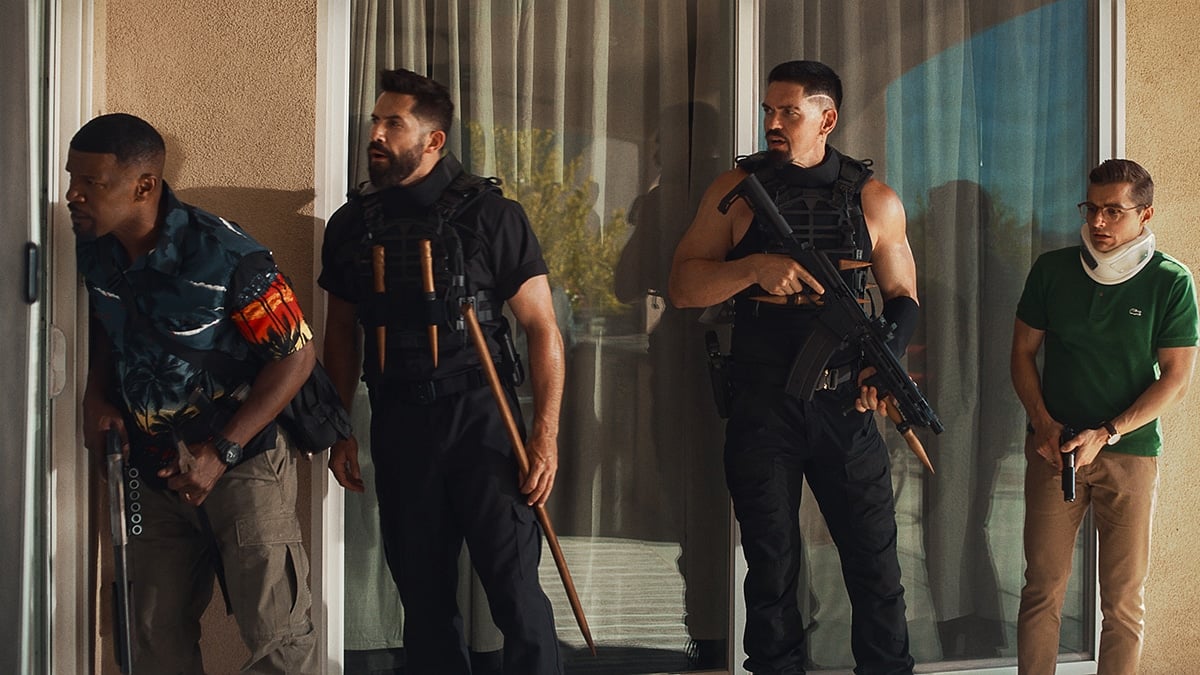 Vampire films have been around for almost as long as films have, and they haven’t changed much since the time of silent movies. The bloodthirsty creatures usually follow the same rules – they can’t see themselves in mirrors, they can’t be in the sun, they hate garlic and silver, and they are very hard to kill. Netflix’s Day Shift stays true to a lot of those tropes, while giving horror fans something new.

This movie follows vampire hunter Bud, played by Jamie Foxx, as he tackles the day shift of hunting monsters. This is the less dangerous of the shifts for hunters because vampires can do almost anything they want under the cover of the night. In daylight hours, however, they need to hide from the sun as it can seriously harm, or even kill them.

Bud is separated from his wife, who is threatening to up and move (and take their daughter with her) if the school’s tuition isn’t paid. This puts a short time crunch on Bud considering he has less than a week to rake in $5,000. In a unique twist, the vampire hunter earns his money by selling the teeth of the vampires that he kills – and more money is awarded the older they are.

When put on probation by the hunters’ union Bud is forced to work with a union rep named Seth, played by Dave Franco. What follows is part action movie, part monster movie, and all buddy comedy movie. Foxx and Franco help deliver a fresh take on the vampire genre. Day Shift might follow a lot of the same predictable plot points as other vampire movies, but it also gives fans something different. These two have a lot of comedic chemistry and are an absolute blast to watch together on screen.

Think of this movie like a combination of Buffy the Vampire Slayer and Shaun of the Dead. There are some truly massive action sequences when it feels like the vampires will not stop coming. The weapons used against them are impressive – some of which have never been seen on screen before.

The best part about this movie, however, is how it switches things up about halfway through. All of a sudden, the stakes get a bit higher when things take a completely unexpected turn. Day Shift might kick off with a great action sequence, but it isn’t long until things start to drag. The setup for the story is far too drawn out and some viewers might even start to nod off. The main villain doesn’t work as well as it should, but things settle in the longer it goes on.

It is the first thirty minutes that don’t do anything for the movie, but it is worth struggling through to get to the third act. Once Franco enters, things get infinitely better. This movie works best when it leans into the buddy comedy aspect. Sure, some of the dialogue is cringy, but it is the type of cringy that will mostly make you giggle and only rarely make you roll your eyes.

As for the effects, they aren’t great. But the thing is, they don’t need to be. The fights are filled with O.M.G. moments that will have audiences gasping and laughing at the same time. They aren’t serious, which is totally on purpose, as this movie is meant to be fun, silly, and a bit ridiculous. That being said, there are some surprisingly emotional moments. They won’t cause tears by any means, but they bring a bit of heart to the story which is nice.

Overall, Day Shift is a refreshing take on the vampire genre. The villain could use some work, the plot is mostly predictable, and the effects aren’t great — but the action is epic, the humor mostly hits, and Franco and Foxx make a fantastic pair.

Day Shift hits Netlfix on August 12th and if you are a fan of comedy-horror films, it is sure to deliver. If that's not for you, check out our recommendations for other films to check out on Netflix.