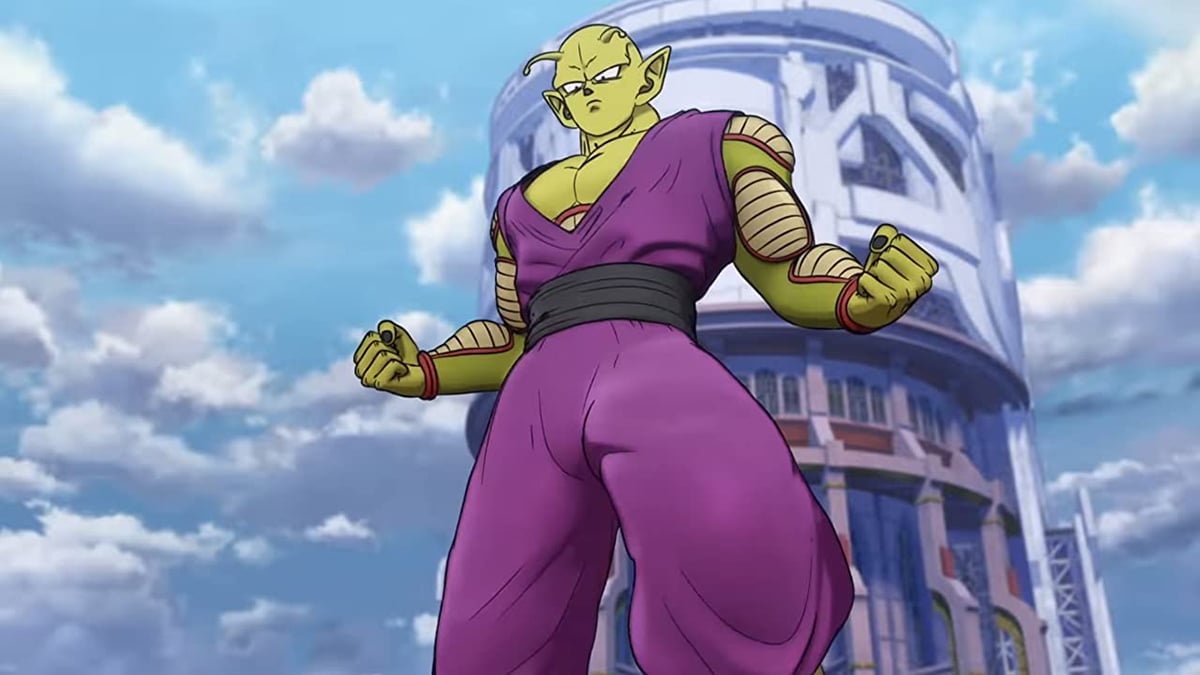 Dragon Ball fans around the globe have gotten a whole lot of content for years and years, and it isn’t stopping now! The latest series, Dragon Ball Super, has a feature film that is hitting theaters in North America on August 19th titled Dragon Ball Super: SUPER HERO and trust us when we say you want to see this one in IMAX!

As with more of the Dragon Ball films, this is a standalone story, however, it will likely have a bit of an impact on the future of the Super series, considering some (we don’t want to spoil them) character upgrades that take place. Speaking of them, the character upgrades are going to have fans squealing in their seats with excitement.

This movie sees the return of the Red Ribbon Army. If you don’t know much about them or don’t recall details from the past, have no fear, Dragon Ball Super: SUPER HERO does a great job of catching fans up in the first few minutes of the film. For those who like a really good villain, SUPER HERO delivers. The Red Ribbon Army has always been an interesting part of the Dragon Ball nostalgia, and it is a perfect addition to this new story.

Magenta is the son of Commander Red and he enlists Dr. Hedo, the grandson of Dr. Gero, to help him create Gamma 1 and Gamma 2 – a couple of android fighters. Meanwhile, Piccolo has been busy training Gohan’s daughter Pan. He is also pressuring Gohan to start training again, claiming that eventually there will be a big threat and he won’t be prepared. Yeah, there is some heavy foreshadowing going on at the start of the movie, making it a bit predictable, but it is still a heck of a fun ride.

Piccolo fans will be thrilled as this story focuses mainly on him. Sure, the other characters are important, but this is a Piccolo plot and it sees him going on an adventure, obtaining some new powers, and becoming so much more than he was at the start of the film. Gohan also has a bit of an arc, as does Pan, but they are far smaller and more in the background.

Do you have to be a Dragon Ball aficionado in order to enjoy Dragon Ball Super: SUPER HERO? Absolutely not. In fact, this is a decent jumping-off point. Having no real connection to the series, other than familiar faces, this is a good way to learn what Dragon Ball is all about before deciding if you want to commit to the franchise.

The plot itself is predictable as we mentioned above, but it is still entertaining. The lessons here are clear and all about what it takes to be a hero – the training, the kindness, and the doing what is right. Clocking in at under two hours allows the pacing to stay on track. The film never drags, which is something fans will be excited about. All of the dialogue is there just to drive the story forward and is quickly followed up with action or a transition to the next plot point.

Of course, it wouldn’t be a good Dragon Ball movie without some epic fight sequences. Luckily for fans, this is where the film really delivers. There are a lot of battles, each one bigger and better than the last. Dragon Ball Super: SUPER HERO wastes no time getting into it, with the first coming very early on.

This is where the movie excels the most. With massive hand-to-hand combat and some very exciting surprises, Dragon Ball Super: SUPER HERO embraces what the fans want to see. The animation is gorgeous and seamless as our heroes and villains go toe to toe with each other. In an effort to remain spoiler free we won’t go into too much detail, but just know that the nostalgia is strong with this one. With links to the past and a story that feels grounded with smaller stakes, fans can fully appreciate this for what it is – a Dragon Ball of fun (see what we did there?).

Dragon Ball Super: SUPER HERO might not be important to the franchise in the grand scheme of things, but it is entertaining, fun, and filled with Easter eggs and references that long-time fans will love, while at the same time being welcoming enough for new fans.

Dragon Ball Super: SUPER HERO is playing exclusively in theaters. Follow us for more on the best movies out now in theaters.

Why Everyone Should Add Oktoberfest to Their Bucketlist

With 87,000-Strong ‘Army of Agents’, Here’s Who the IRS May Target With Audits