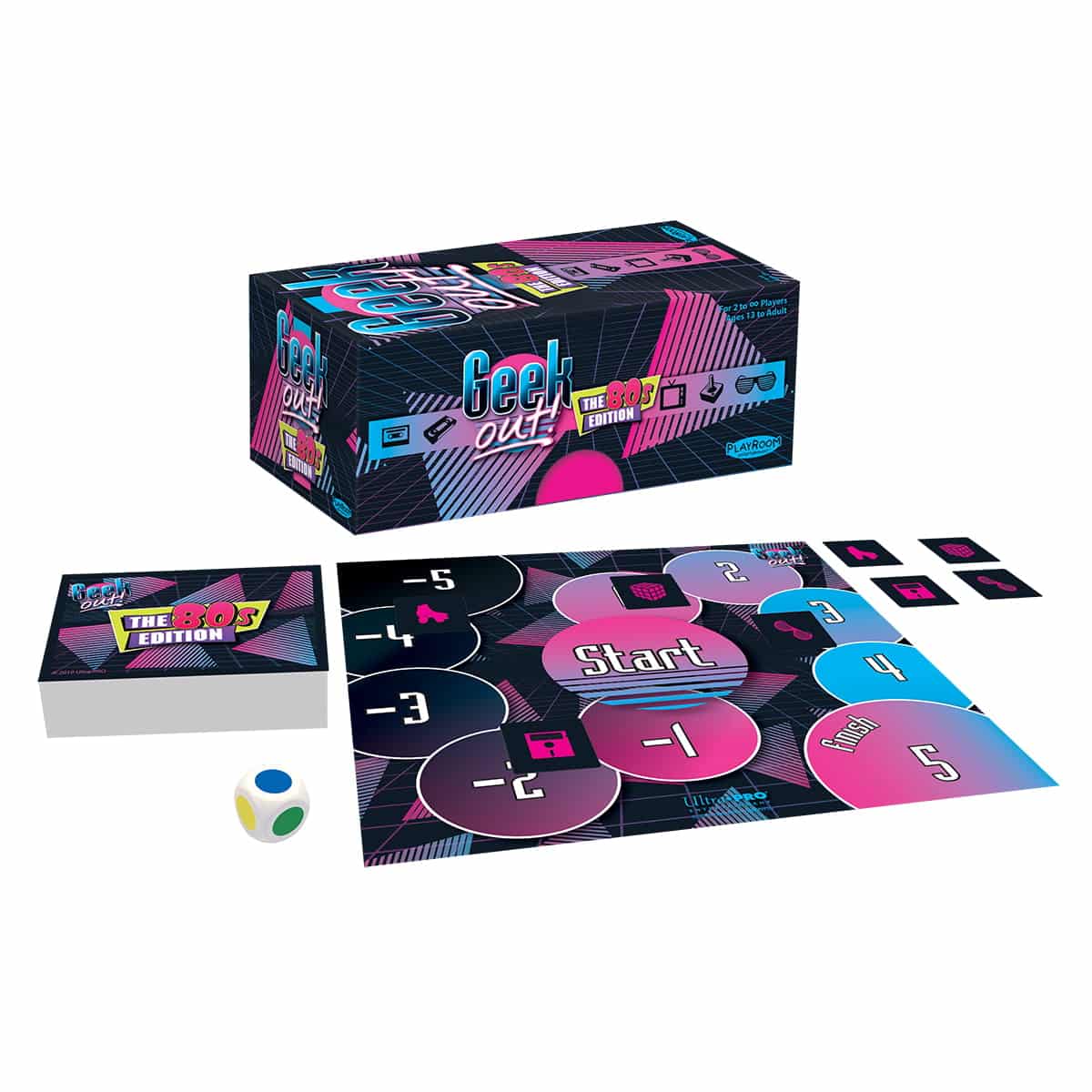 It feels like every year, there are a dozen new card games introduced to the gaming world. Sometimes they’re raunchy games like Cards Against Humanity or tame games like Apples to Apples. The newest edition of Geek Out! is the perfect pop culture game to add to your family game night.

Back when I was a kid, Trivial Pursuit was one of my all-time favorite board games. There was nothing more fun than trying to stump friends and family with pop culture knowledge. I was thrilled to discover the Geek Out! line of games because they capture all of my favorite aspects of trivia games. I’m particularly a sucker for 80’s trivia as a self-described “80s holdover baby” and this game did not disappoint.

Have a Tubular Game Night With Geek Out! 80S Edition 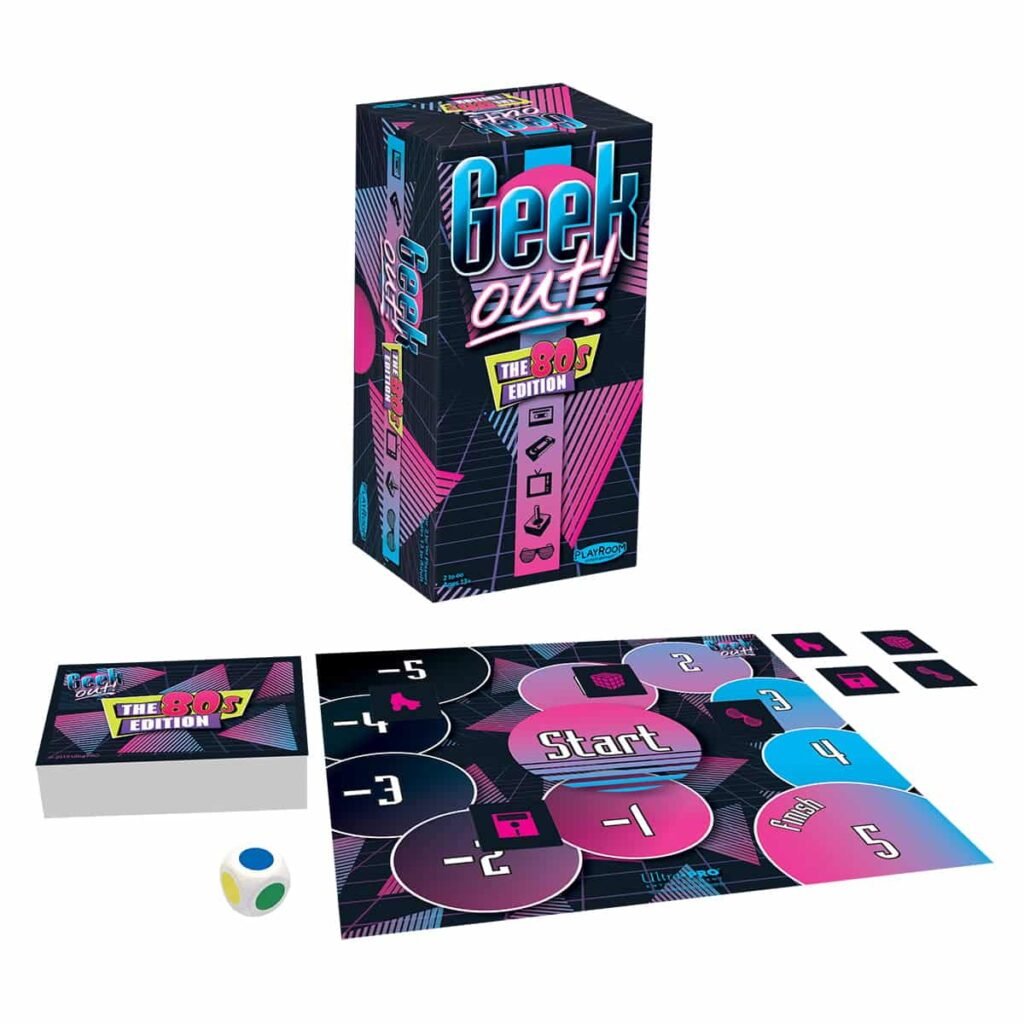 The best part of Geek Out! is that you do not have to be a geek to win the game, you just have to be good at bluffing your way to the leader board. But being knowledgeable about the topics definitely gives you an edge.

Geek Out! 80s Edition is the ultimate party game, as it’s designed for 2 or more players to test their pop culture knowledge while geeking out and soaking up that 80s nostalgia. Roll the dice to determine the question, shout out the number of how many answers you can provide, and outbid each other for those answers! All you have to do is prove that you know the most about the given 80s topic.

To get into the nitty-gritty of playing Geek Out! 80s edition, you will need to split up into teams and compete until one team scores five points. If your team makes a bet and then fails to follow through, move it on back because you’re not going to progress that way! Most of the games take around 30 minutes to play, which means you can easily go multiple rounds and keep playing through the night! The nostalgia alone and high-stakes competition will create a lot of laughs and fun among friends. 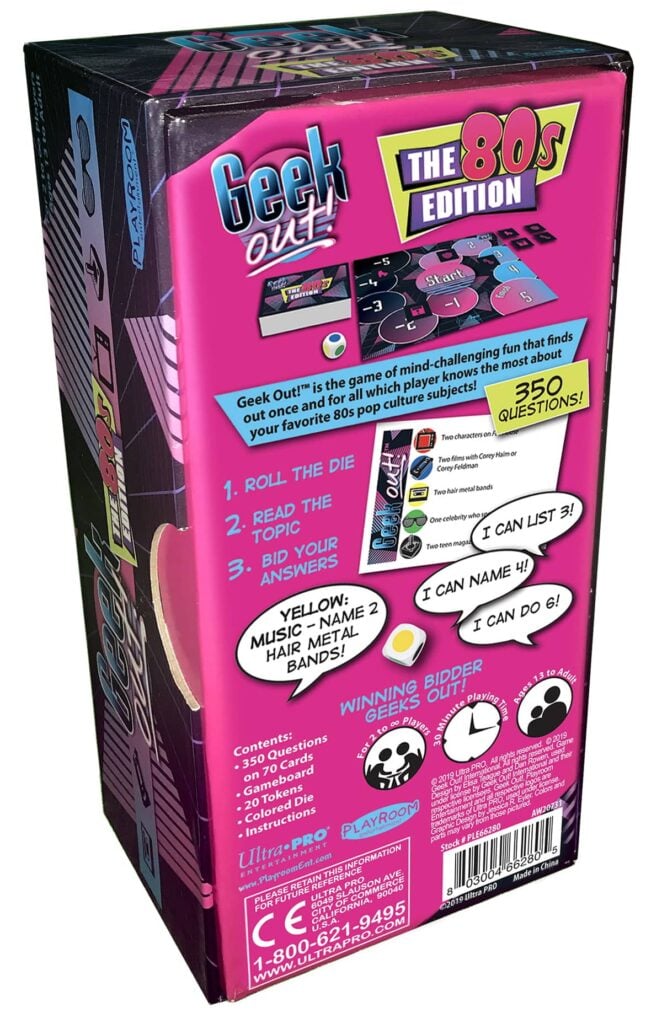 If you’re worried about the game being too hard for you, one example question is to name three Michaels from the 80s. That’s easy enough, right? If the 80s aren’t your strongest knowledge base, the Geek Out! brand has several different variations of the game and they’d all make for a great family game night! Geek Out! 80s Edition is a very straightforward game, with a fun 80s-themed design and it is perfectly priced at $12.

Each Geek Out! 80s Edition box includes over 740 topics on 144 list cards, 20 chips, a colored die, the gameboard, and instructions.

Geek Out! 80s Edition is just one of the many items on Wealth of Geeks's Mother's Day Gift Guide. Check back soon to see a full listing of our must-have Mother's Day gifts. 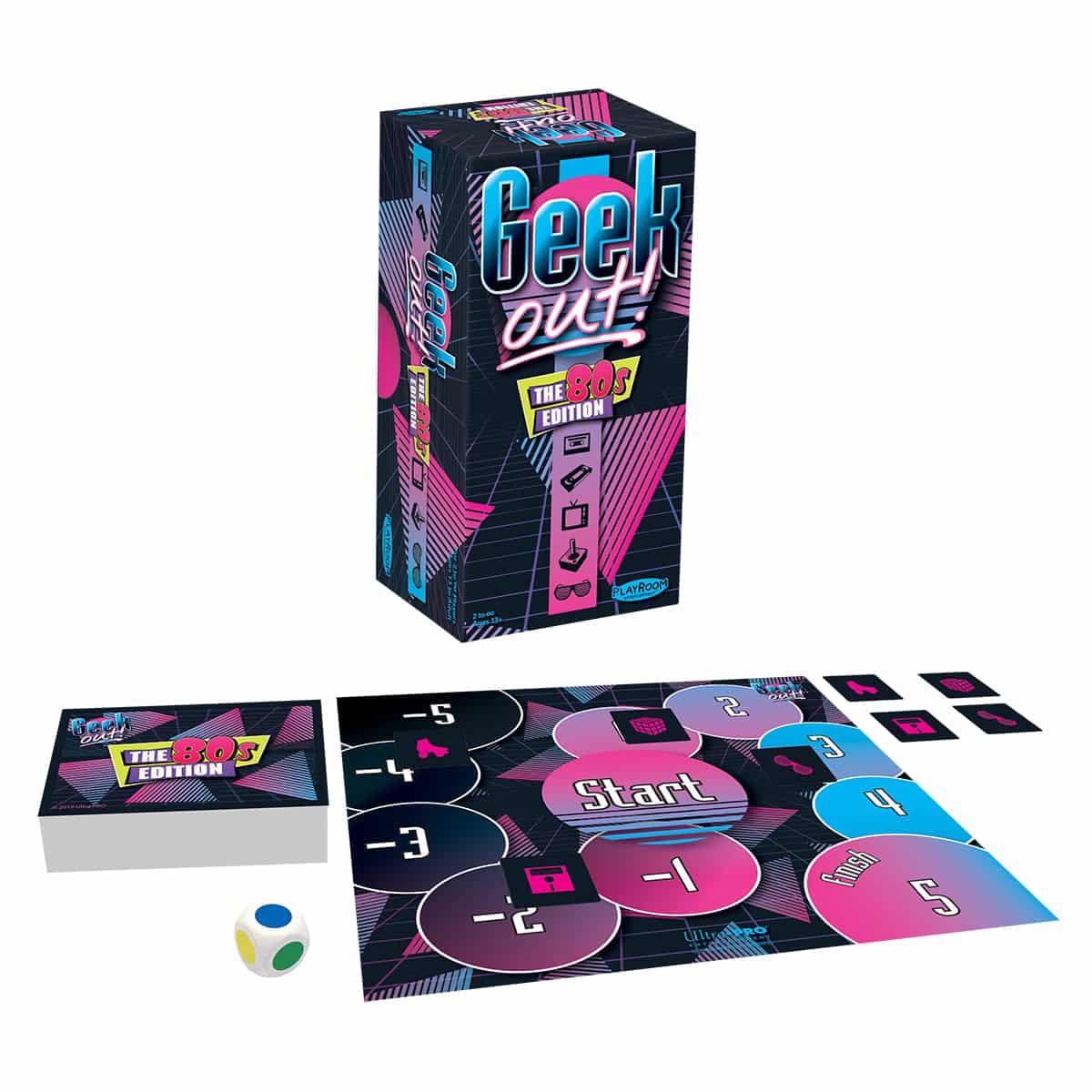