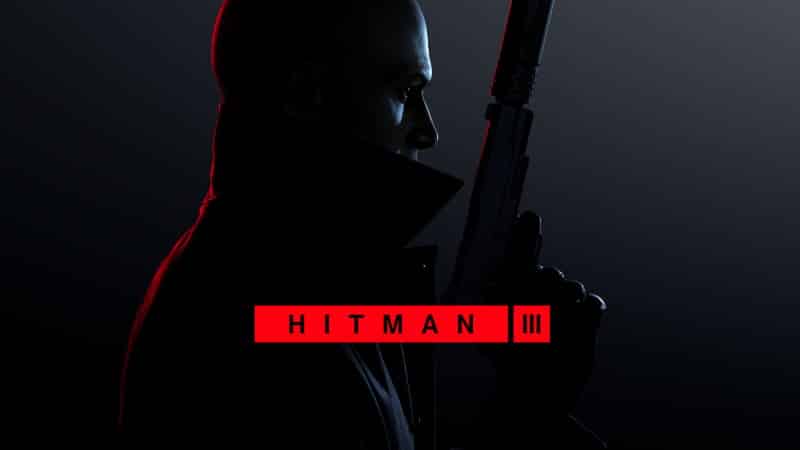 Serving as the conclusion of the World of Assassination trilogy, Hitman 3 is an amalgamation of the games that came before it — building upon the superb stealth-sandbox mechanics the series is known for, courtesy of developer, IO Interactive. In Hitman 3, the world is your playground, proving that if you think you can do something, you probably can. It's a game that makes you think — rewarding you for the effort you put into it. 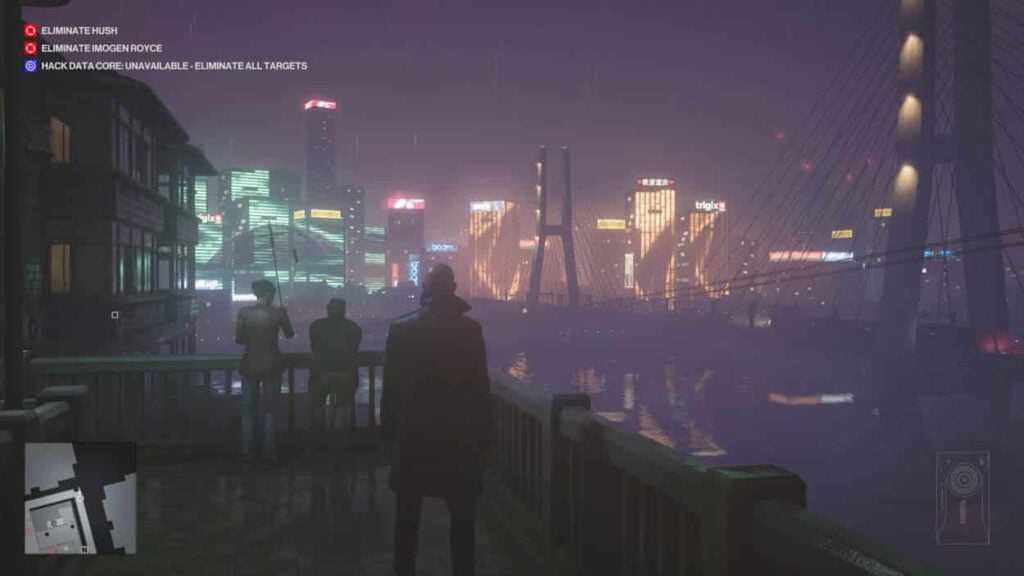 Hitman 3 once again stars Agent 47, one of the world's deadliest assassins. In it, you must take down targets by any means necessary — either guns blazing Rambo-style, or with a more delicate, stealthy approach — and everything in between. It's that level of flexibility that makes Hitman 3 so smart, allowing you to play the way you want. Each of the game's six new locations feature dozens of ways to tackle objectives and part of the fun is figuring out as many as you can.

The levels are all massive, with multiple floors, secret paths, tons of different NPC types, containing various items to aid you on your journey. At the start of each mission, you're given a brief overview of your objective and after that, the rest is up to you. For example, you can sneak around the level and carefully make your way to your target and push them off a balcony to complete the mission. This method requires much more patience, but is a great way to play if you don't want to hurt other NPCs, instead making you feel like a ghost — the mark of a true stealth assassin.

Or you can knock out (or kill) other characters to take their clothes to wear as a disguise, allowing you to get closer to your target without worrying about being caught. Knowing which disguise to wear is key, as certain NPCs have access to specific areas. But maybe you prefer to eliminate the target from afar by making their death look like an accident. You can do that, as well. The point is that each mission features so much freedom that incentivizes you to replay — while discovering all the various ways you can complete your objectives.

One of the fun new toys to play with is Agent 47's camera, which can be used to scan documents or remotely hack into doors to open them. It can also function as a way to zoom in to get a better look at your targets, which isn't totally necessary, but a nice touch, nonetheless. Another new feature is the ability to use keypads by typing in digits. This is a satisfying mechanic that rewards you for eavesdropping on other characters' conversations or by being thorough as you explore and complete challenges.

The levels themselves have challenges and the more you complete, the more abilities you unlock. For example, after completing enough challenges, you can start the level with a specific weapon, disguise, or item — making it easier to eliminate your target. This is a motivation to retry the game's various scenarios, giving you much more to do. Suddenly, six levels doesn't sound so bad, since you'll be replaying them over and over. 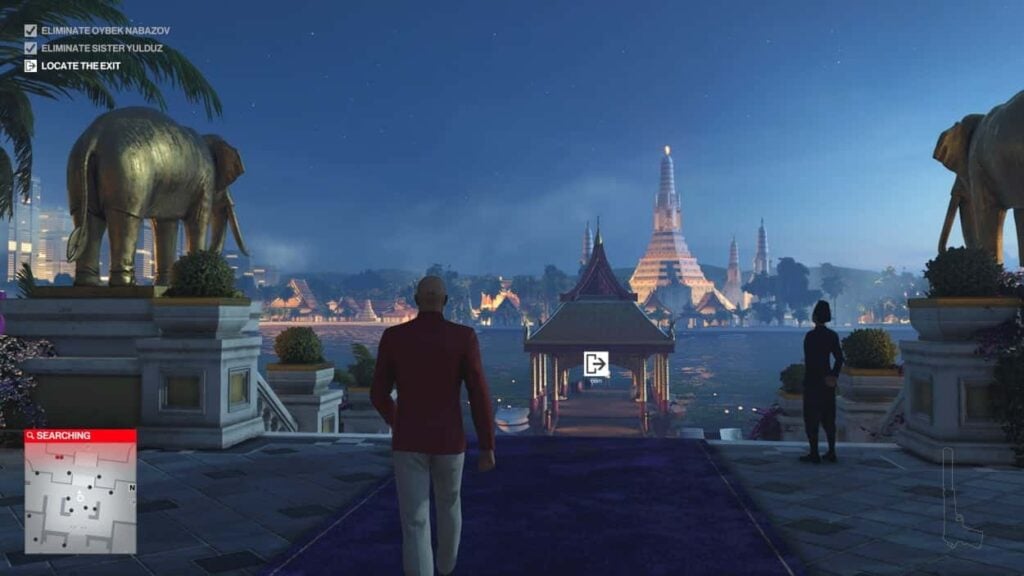 From a design standpoint, Hitman 3 is outstanding. It wasn't enough to just make a level that features a few different ways to tackle missions. It's very clear that IO Interactive focused on responsiveness, with scenarios that adapt and change based on your decisions. For instance, you can walk through a dense crowd of NPCs who are none of wiser of your intentions, but if you've got a gun on your back, they immediately won't be as welcoming. Or, if you blatantly tamper with objects in your surroundings, certain NPCs will become hostile, making your mission much tougher as they'll come up to confront you.

The idea is to manipulate the world around you in such a way that doesn't blow your cover, and in nearly every situation, this is a satisfying endeavor. Sometimes, we did encounter scenarios that did not play out how we expected — like an NPC discovering a knocked out body through a wall — but issues like these rarely occurred. The game is so well designed that when little bugs like this came up, they were much more prominent, but fortunately, the game mostly performs like you'd expect.

Often times, we'd gawk at some of the game's gorgeous vistas or beautiful crowds of NPCs. It truly is beautiful, even on the less powerful Xbox Series S console. Characters look much more lifelike and react like humans, rather than stiff androids. Sure, they aren't given the level of attention as the game's main characters, but you can tell efforts were made to ensure the game was as immersive as possible — from the design of NPCs to the ambient sounds of nature, and of course, the visuals of a densely populated hotel or city.

What's great about Hitman 3 is that it rewards you for spending time with it. If you're a player who likes to simply run from point A to B, without taking the time to explore your surroundings, you'll likely have a much more difficult time with the game. By contrast, if you look through every nook and cranny, you'll probably come up with interesting and creative ways to complete your objectives — and that's where the fun lies.

You might come across a container of rat poisoning, which works wonders when placed in the drink of your target. Or maybe you'll find a secret keycard that will allow access to your objective's office. Either way, IO has given you lots of reasons to explore and it's hard not to, thanks to the quality of Hitman 3's design. All of that is made even better with little bits of story that are sprinkled throughout the levels — almost all of which are totally optional.

Even if you aren't the best player, you'll still probably find it relatively manageable to get through each contract since you can save whenever you want. We tend to lean into frequent save scumming, wherein we make lots of saves often to make it easier to get through the game. But you can opt to not play that way at all. Once you become an expert, you'll find that you'll rely on saving much less and less. 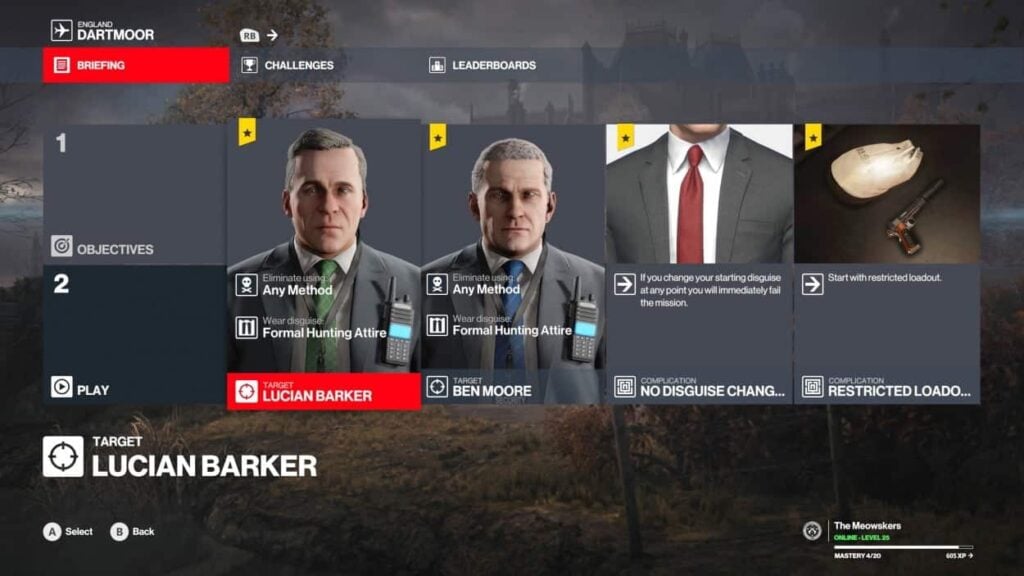 One thing Hitman 3 does that is remarkable is that it features nearly all of the content from Hitman (2016) and its sequel, Hitman 2, provided you already own those games on your account. That means you can revisit your favorite levels in one convenient place, without having to swap discs. This makes it feel much more like a comprehensive package, which is nice, given the series' rich history. In a move of goodwill, IO Interactive has also made it possible to transfer your progression from Hitman 2 into Hitman 3, carrying over your XP and any unlocks associated with it. This ensures that you'll have much more to play after completing the campaign for Hitman 3.

Even though the main campaign has lots to do, it's possible you'll breeze through the main story in around seven hours. If you're someone who doesn't like to replay missions, you'll be happy to know there are extra modes, like Sniper Assassin, which features missions that require you to take out your targets from afar with a sniper rifle — as well as various side missions, and the Contracts mode that features levels created by the community.

Though, the fact remains that featuring only six levels — despite being massive with lots of ways to complete them — is disappointing and we would have liked to have seen at least one more story mission to round out the package. Thankfully, there's plenty to do in Hitman 3, but if you focus only on campaign missions, you'll likely be finished with the story quickly.

And speaking of the story, Hitman 3 includes a thrilling narrative that marks the conclusion of the trilogy. It mostly ties up all the loose ends and features some intense and emotional moments which we won't spoil here. It definitely feels like it's of the same caliber as a modern James Bond film — and in some cases — even better (which is neat since IO is working on a James Bond game right now). The narrative probably won't blow you away, but it was enough to keep us on our toes as we played and felt like a cinematic experience that complimented the stellar gameplay.

Hitman 3 is a game that rewards you based on how much you put into it. It's not a game that you can turn your brain off and play. No, instead, it demands your attention and you'll likely find it immensely gratifying if you make an effort to give it the time it deserves.

5 Best Performing Stocks and What To Buy Now