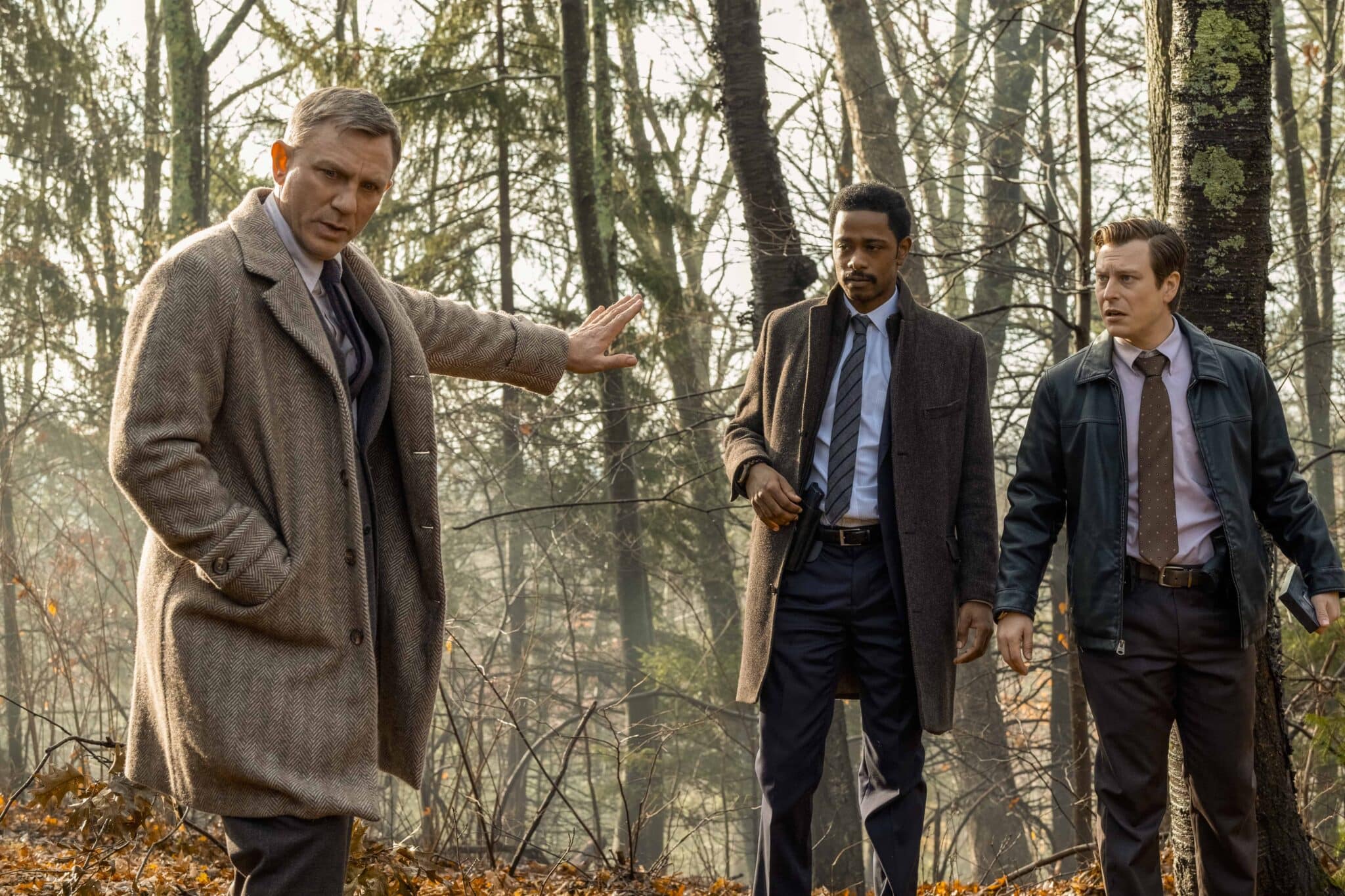 ***WARNING! The following contains certain spoilers for Knives Out!***

The job of a good murder mystery film is to keep the audience guessing about the identity of the culprit until the very end. Everyone is a suspect until the sharp-minded detective lays out the solution (one that's been staring us in the face the whole time) and removes all doubt over who committed the heinous crime.

Sadly, Knives Out, the latest cinematic outing for writer/director Rian Johnson (Looper, Star Wars: The Last Jedi), doesn't seem to fully understand that pre-requisite, despite hitting all of the correct beats in its initial set-up. It's a lot of Agatha with not much Christie if you catch my drift.

A throwback to the classic whodunits of yesteryear, the film centers on the Thrombey family, an eccentric collection of greedy, sniping, and entitled opportunists suspected of killing their patriarch. Said patriarch is Harlan Thrombey (Christopher Plummer), a successful author who has built a lucrative publishing empire via—what else?—a best-selling line of murder mystery novels. In the end, life imitates art when Harlan's housekeeper discovers him in the study with his throat slit.

Despite only appearing in flashbacks, Plummer absolutely crushes his scenes. Just like Al Pacino in The Irishman, the 89-year-old actor shows no signs of age as he imbues Harlan with a wizened sense of humor, a keen-eyed understanding of death, and a reluctant sadness as he makes the decision to cut the entirety of his freeloading family out of his will. Moreover, Harlan's very vocation as a crime writer allows Johnson to have fun with the classic (and somewhat tired) tropes of the murder mystery genre without having to rely on them to tell the story.

The police want to write off Harlan's death as a suicide, but the mysterious appearance of a renowned private investigator, Benoit Blanc, brings in the possibility of “fowl play.” Expertly played by Daniel Craig (Spectre, Logan Lucky), Blanc is basically Agatha Christie's Hercule Poirot by way of Looney Tunes' Foghorn Leghorn. The shtick allows Craig to chew every scene he's in, hiding his native British accent under a thick Southern drawl that he pulls off rather well.

By far the most interesting person in the movie, Benoit is always skulking around the spooky Thrombey manor house (a character in its own right), looking for clues and waxing poetic about the truth, donut holes, and the works of Thomas Pynchon. Poirot is definitely the main influence here, but Blanc also embodies the incessant nosiness and comedic eccentricities of Peter Falk's Lt. Columbo.

Of course, Blanc isn't without his faults. We're told that he's this great mystery-solver, “the last of the great gentlemen sleuths,” according to a New Yorker profile, but there's never that much evidence given to support it. He's a fun character, sure, but he never seems one step ahead of the others; you never feel the vise of his deductive reasoning closing around the answer to the mystery. In short, he never seems as smart as the film tells us he is.

I just wish that Detective Benoit had been the main character of the story. Watching the trailers and other promotional materials, I thought that would be the case, but they were misleading in that regard. The main protagonist is actually Marta Cabrera, Harlan's home care nurse, who has intimate knowledge about the famous writer's “demise” and yes, Johnson uses that very word because it sounds more murder mystery-y. y.

Played by Anna de Armas (Blade Runner 2049), Marta isn't the most compelling hero, but she does have a very bizarre trait: she pukes whenever she tells a lie. I'm not even kidding and her vomiting antics actually lead to some really great humor. That being said, I don't think Marta should have been the main character of this tale.

Right after the discovery Harlan's death, we jump forward to a week later when each member of the Thrombey family is interrogated by the police. This sequence, with its whirlwind of lies and conflicting alibis, is a trademark of the genre and hints at something greater to come, but the movie never follows through on it.

To Johnson's credit, however, he does give every member a standout moment in the story.

With Jamie Lee Curtis, Don Johnson, Michael Shannon, Chris Evans, Katherine Langford, and Toni Collette in your cast, you'd be insane not to let their talents shine. They're not the snooty folks you might find on the Orient Express, but flawed philanderers, thieves, bigots, and layabouts who don't really deserve Harlan's vast fortune.

In particular, the impressive performances of Shannon, Evans, and Collette are the ones you want to watch for.

Through these individuals, Knives Out tries its hand at political relevancy, exploring topics of immigration and alt-right ideology. I appreciate what Johnson was going for, but on the whole, it feels like he was trying a little too hard to be a commentary on the Trump Era.

The movie also plays too many of its cards way too early, providing way too much explanation that shatters the whole murder mystery mystique and takes the air out of the audience's guesswork. The middle of Knives Out is bloated and for the most part, flat-out boring. It becomes less about “whodunit” and more about “whyshouldicontinuetocareaboutit.”

Things only pick up when Blanc unveils the big twist that reframes the case in a whole new light but by that time, it's too little too late. It's a fun brain teaser that is well-executed, but aside from a handful of clever moments (and a nice little cameo from Frank Oz, aka the voice of Yoda in Star Wars), the journey to get there was not all that enjoyable.

While Knives Out seems to be a certifiable hit — given its 97% on Rotten Tomatoes — I seem to be in the minority that didn't like the movie—it is still definitive proof that Johnson is a filmmaker who can get people talking. Both Looper and The Last Jedi were provocative in that regard and sparked endless conversations about their modes of storytelling long after the credits rolled.

This film is no exception and you'll definitely be turning the big twist over and over again in your mind once you leave the theater. In fact, you may want to partake in another viewing or two in order to pick up on the clues now that you know what you're looking for.

Similar to Wes Anderson (at least in my mind), Johnson is one of the most interesting storytellers working in Hollywood today, especially since he prefers to write his own scripts. In Knives Out, the director gets to do what he does best: an oddball character study that attempts to deconstruct the genre in which it is set.

He's not all that concerned about whether or not the butler did it in the library with the fire poker. Instead, he prefers to explore the psychological and interpersonal repercussions of what a Clue-like homicide would have on actual people.

Perhaps the way we relate to each other in the face of tragedy and avarice is the real mystery of them all.

Review/Recap: Episode 2 of ‘The Mandalorian’ Jostles with Jawas