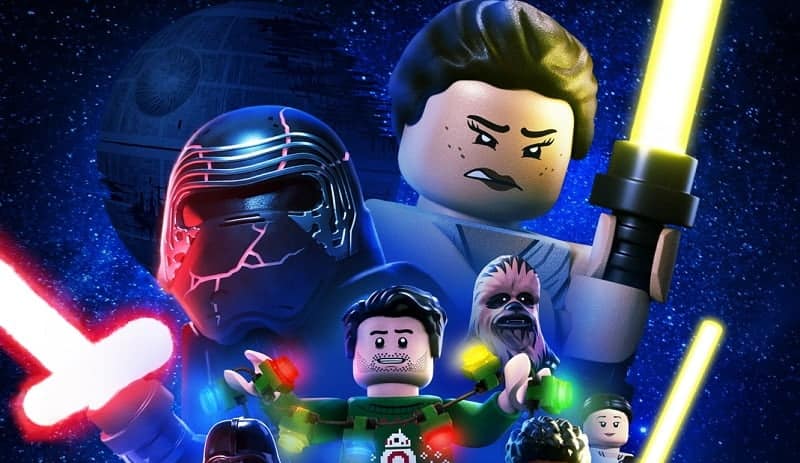 For fans of the Star Wars franchise, holiday specials take on an important meaning. A long time ago, in a galaxy far, far away — also known as the 1970s — the two-hour Star Wars Holiday Special became a cult classic that some longed to forget. But who could forget Itchy, Jefferson Starship, or the Boba Fett cartoon?

Once again, the creative minds behind Star Wars have presented fans with a holiday special, this time with considerably less cocaine involved. The Lego Star Wars Holiday Special was perfectly suited within the LEGO Cinematic Universe, which is already well known for cheeky in-jokes, corny plot lines, and a complete disregard for film canon.

If Star Wars had to bring back the holiday special, they chose the perfect way to do it.

How could we celebrate Life Day without a trip back to Kashyyyk? (Warning, spoilers there be!)

The LEGO Star Wars Holiday Special is set after The Rise of Skywalker's events, but fear not — there’s no reference to Rey Palpatine to be found, despite her facing off against the maniacal LEGO Emporer. The film starts with Poe fussing over Life Day plans, while Rey attempts to train Finn in the Jedi way. This is quite possibly the best pay off within the film.

While LEGO films are not canon, there was something truly satisfying about Finn training to become a Jedi, lightsaber in hand.

But holiday celebrations are cut short for Rey when she discovers a passage in one of her books about a temple on Kordoku that provides Jedi with a key to the galaxy’s past. The caveat is that this only occurs on Life Day. So with little preamble, she abandons her friends to find this hidden temple.

From there, Rey sets out on an epic adventure, falling into some of the greatest Star Wars moments. Despite the added pressure of inadvertently altering the course of history, due to Emporer Palpatine’s megalomaniac persona, Rey’s journey is chock full of lighthearted fun.

Once all is said and done for Rey, the most important lesson she learns from Yoda’s Force ghost is that “connections” are more valuable than lessons and training. An interesting outcome, given that the Jedi way was always clear about avoiding connections. But this is a feel-good holiday film, centered around a holiday that is all about friends and family.

This is not a film to be taken seriously, and anyone who does should seriously question why they are expecting a LEGO movie to salvage their love or hate for the sequel trilogy. It is most impressive and most humorous if you allow yourself to enjoy it. Grab your favorite porg and a carton of blue milk and celebrate Life Day with your favorite Star Wars friends.

Review: The X-files: The Official Archives — A Detailed Look Back at the Best Cases